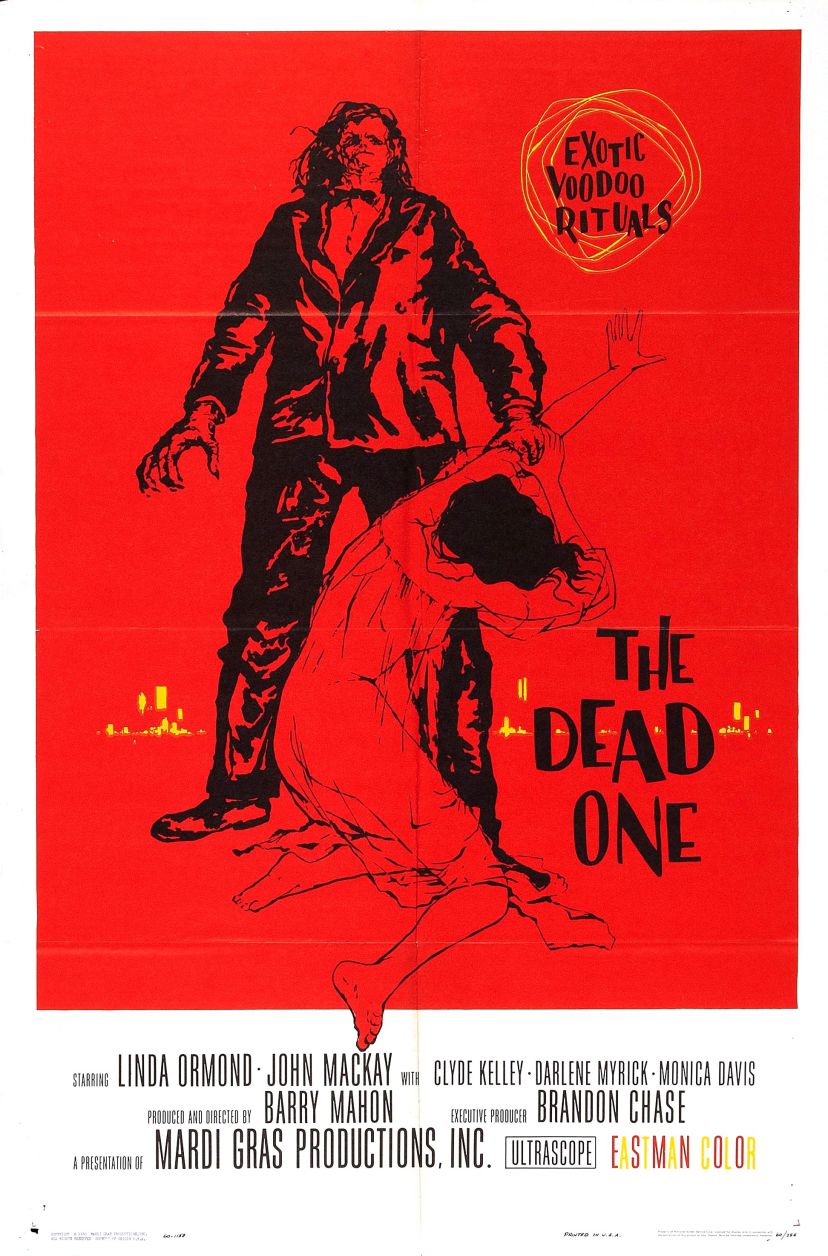 The title of this film, The Dead One, could actually refer to the movie itself as filmmaker Barry Mahon tends to drag things out far longer than they need to be. Mahon was a writer and director on par with Roger Corman, though he tended to show a little more skin than Corman ever did, and fewer monsters. The creature of this film is a zombie, not those that rampage around looking for brains or whatnot, but the old

school-type that would be summoned back from the dead to do the bidding of its master. While the zombies of this variety were a little less random in their actions, they were just as frightening for they had a consciousness behind them. Naturally one would think the zombie the monster, but in reality, it is just a mindless being, making the power behind it the true villain of the piece.

The plot revolves around a plantation that is in dispute as to who rightfully owns it. John Carlton as played by John McKay believes that it should fall to him as the only surviving male heir in the family while Monica Davis who stars as Monica, believes it to be hers as Carlton is just a cousin while she is the daughter of her parents who owned the place. So with no recourse left to her, she summons her dead brother back from the grave to make things play a little more in her favour.

Suffice it to say, this no-budget movie is not the best that anyone will ever see. The zombie is decent looking which is a bit of a surprise and one can only guess that the entirety of the film’s finances went to making said monster look as good as it did. The acting is not exactly painful, but not all that wonderful either and if the script were a little better than it was, would it have emboldened the actors and actresses to do a better job or was there simply a lack of talent? That being said, for those that like zombie movies, there is enough here to keep one interested, especially as Mahon tries to play up the horror, of which there is little to none. The sister, Monica, and the monster itself are perhaps the only things aside from the great jazz score to redeem this film on any level. If there had been a few extra bodies to throw at the zombie, it might have livened things up, but for the most part, The Dead One was a bit of a dud with the bad outweighing the good.