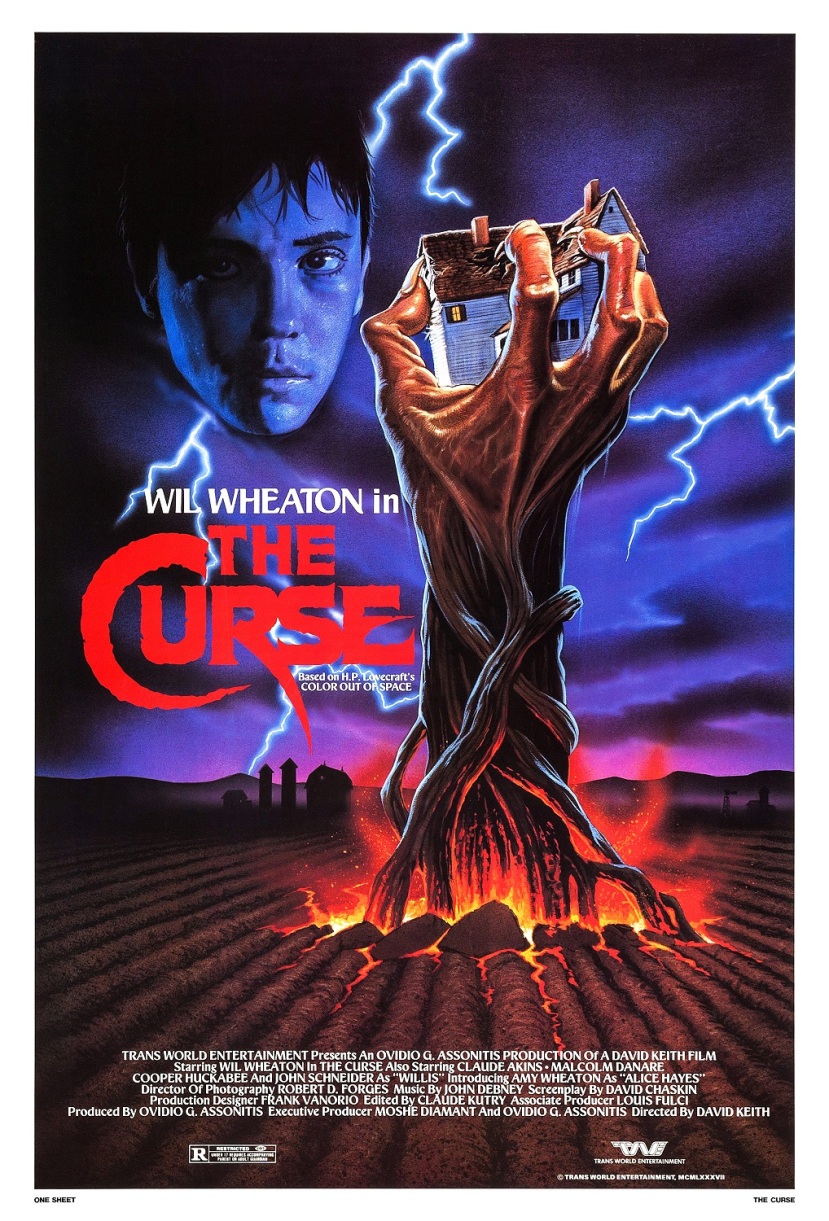 The Curse is an imaginative exercise in horror based upon H.P. Lovecraft’s The Colour Out of Space, a film that goes for the jugular with some extremely visceral images, forgoing all subtlety in the process. It is a bit of an odd picture as it has moments of brilliance, but is balanced out by some hammy acting from most of the cast and the fact that if the movie had stuck closer to the original material, it might have worked out just a little better. As it is, the movie still managed to give the viewer something to latch onto and was decent enough in that respect, but it could have been so

Directed by David Keith, the story would find a young boy named Zack growing up on a farm where life is not exactly how he imagined it. He hates his step-brother, is not overly fond of his step-father and accepts that this is the way things are going to be for quite some time. A change comes when on a dark and windy night, a meteor crashes on the farm and when over the course of the next couple of days, a liquid oozes forth from it and seeps into the water supply. From that moment on, things do indeed start to change, more specifically in his mother and the rest of the family as strange sores start to appear on their bodies and they start to lose their minds, which is when the violence begins.

Written by David Chaskin, the film might as well be an entirely new entity as it holds little in common with the

Lovecraft story, but he does manage to create a vision that manages to be compelling nonetheless. Wil Wheaton stars as Zack, the boy at the center of it all and the only one who realises that something is terribly wrong. Wheaton also happens to be one of the few people in the film to give a performance that did not seem forced or ended up being entirely cheesy. Why Malcolm Danare’s character, the dim-witted Cyrus, was included in the movie is a mystery as it did not add anything to the overall narrative and only took away from the present horror. If it was intended as comedy relief, it failed and provided exasperation more than anything else. Claude Akins was okay, John Schneider was all right and Wheaton’s sister Amy who would play his mother was one of the few bright spots to be found.

The special effects which were said to be given a little help by Lucio Fulci, who was also a producer on the film, were gruesome for the majority and at times, unsettling. The sores and pustules on the family members looked not only uncomfortable, but disgusting the longer they matured while the rotting boils and abscesses on the animals were quite disturbing. Keith would create a fairly dark atmosphere about the film and it would be present from the very

beginning with the prologue of the man screaming about ‘it being in the water.’ It was present during those moments where Zack was going about his chores, simmering below the surface and would really hit home once the meteor hit, an otherworldly vehicle that would bring about change and terror. It was this atmosphere along with Wheaton’s ability to sell it, that would really make the movie as good as it was.

The Curse is not a perfect film, but it is a good one – a movie that featured American sensibilities with a touch of Italian horror. An entertaining romp filled with a lot of gruesome. gory goodness, it would end up spawning three sequels, none of them having anything to do with the other, with the first remaining the best. 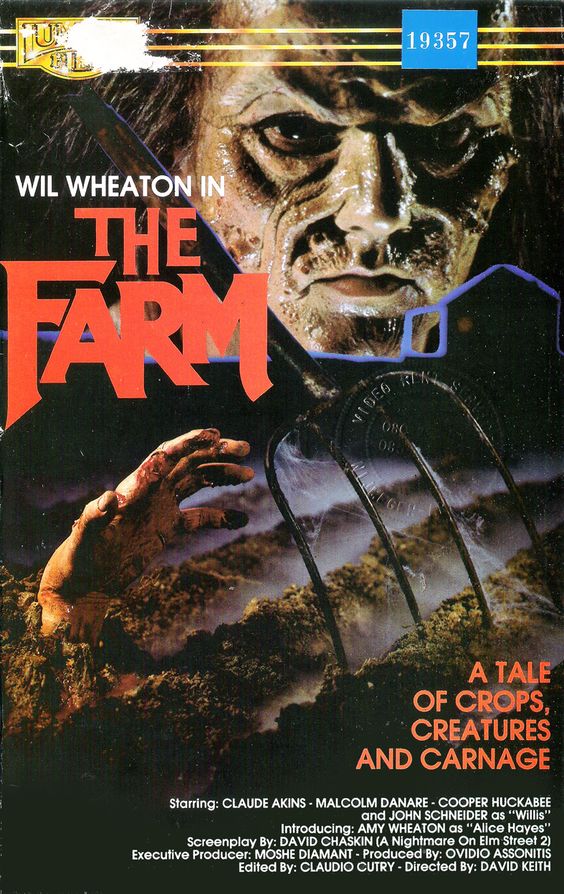