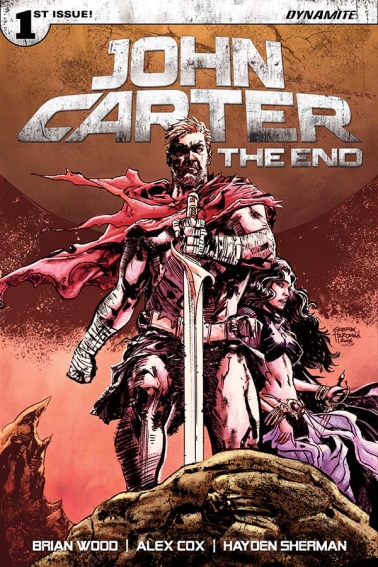 The Story – As suggested by the title, this could very well be the final adventure that John Carter finds himself on after all his years on Mars. At the moment, he and Dejah Thoris are living on Titan when an emissary from Mars arrives with a plea for help as Barsoom is dying. On one hand, it is something of a relief for the two as they finally have an excuse to go home, yet on the other, John Carter’s deceptions have been revealed and Dejah is none too happy about it.

The Take – Brian Wood, Alex Cox and Hayden Sherman take John Carter and Dejah Thoris on a mission to save their kingdom, their marriage and their son. This is not the same man that has been portrayed in Dynamite’s other series, this John Carter is an older man and has lived a rough life. He and Dejah have not had it easy over the years, that much is evident though it is never explicitly shown. Very little happens in the book aside from the interpersonal relationship between husband and wife and the reader never really learns the reason for their living on Titan, though part of it obviously has to do with their son who is now causing trouble back on Mars. In fact, the allusion to the backstory is so intriguing, it would be nice to see a prequel series to this one should there never be an explanation as to how John and Dejah arrived at this point in their lives. Questions also abound as to the fates of those who are not present like Tars Tarkas and Woola and Carthoris. Do they still live and if not, will readers be made privy to what happened to them? This is essentially a completely new world as so much time has seemingly passed and it makes it all quite exciting. While Sherman may not be an obvious choice for artist of the series, the man proves to be perfectly suited to the job, giving the book that quintessential science-fiction feel and it makes the story resonate, makes it feel important and you want to see more of his work. For a first issue of such an established property, it does things right by making readers want to come back for more. 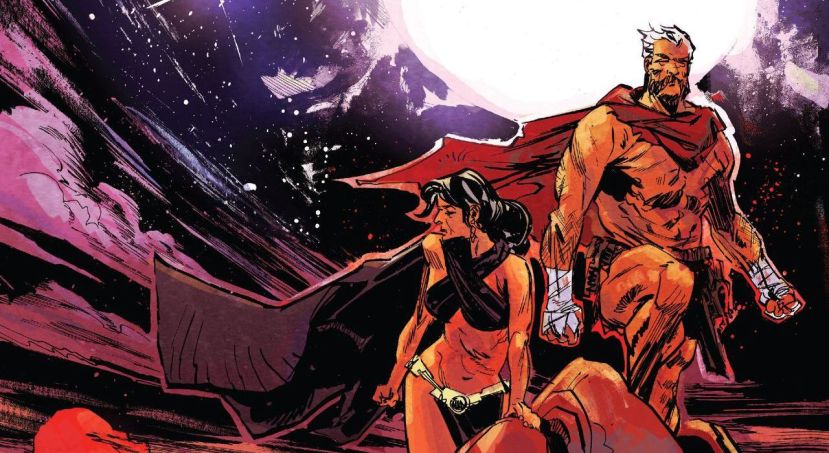