Mighty Joe Young is the story of a girl and her gorilla and a friendship that would survive despite the hardships they would endure. Those times would see them leaving their jungle home courtesy of a huckster who wants them to play at his latest club in Los Angeles and while it would seem glamorous at first, it was anything but. Though trial and tribulation, Joe and Jill would overcome with a little help and give themselves and the viewer that essential happy

First and foremost, you cannot talk about this film without mentioning the amazing stop-motion animation by Ray Harryhausen and Willis O’Brien who also worked on King Kong. There might have been a couple of jittery movements when it came to Joe, but for the most part, he looked fantastic and fantastical. Those moments where he would interact with a lion or with Jill or whomever, were truly quite amazing, especially considering the film was made in 1949. They were not absolutely seamless, but really captured your attention and imagination.  While the practical effects and the computer generated ones of today are good, Harryhausen and Willis manage to inject a little humanity into the work and there is never a single moment where you think of Joe as anything other than a living, breathing ape. There are scenes where you empathize with Joe of course as it was 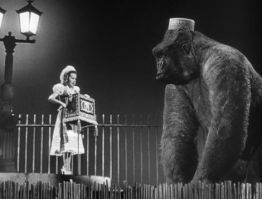 orchestrated to be that way and it could never have worked as well as it did without the Willis and Harryhausen lending their magic to the picture.

Though Joe was arguably the star of the show, the rest of the cast were exceptional in their roles including Terry Moore as Jill, Ben Johnson as Gregg and Robert Armstrong who would start off as a near-villain in Max O’Hara until he realized the error of his ways. Some might recognize O’Hara from the original King Kong or many other films during his career, the man always good at playing the blustery type of character and Moore too, was surprisingly deft in her performance as well. If there were one weak link, it would be Johnson as the ‘aw shucks’ cowboy who would turn out to have a heart of gold and end up the love interest for Moore. Even then, Johnson was not all that bad, giving a more subtly performance and added more than he ever took away.

Ernest B. Schoedsack would have the job of directing this film and following in the footsteps of King Kong is no small

thing, but the man did a great job and the picture was not only exciting at times, but humourous and dramatic too. When Jill, Gregg and Joe are trying to escape towards the end of the film and they stop to help the kids in the burning orphanage, it was once of the most thrilling scenes to have been put down on film and a brilliant piece of filmmaking by all involved. Even better was the decision to switch from black and white to shades of red, adding levels of dramatic effect to an already tense scene.

While some might find the film a little dated perhaps, it is a classic and it still provides for quite an entertaining experience. Not only is it engaging, but there is enough action present for the die-hard adventure fan as well as plenty of drama and romance to balance it out into more than just another giant ape film, but an excellent movie overall. 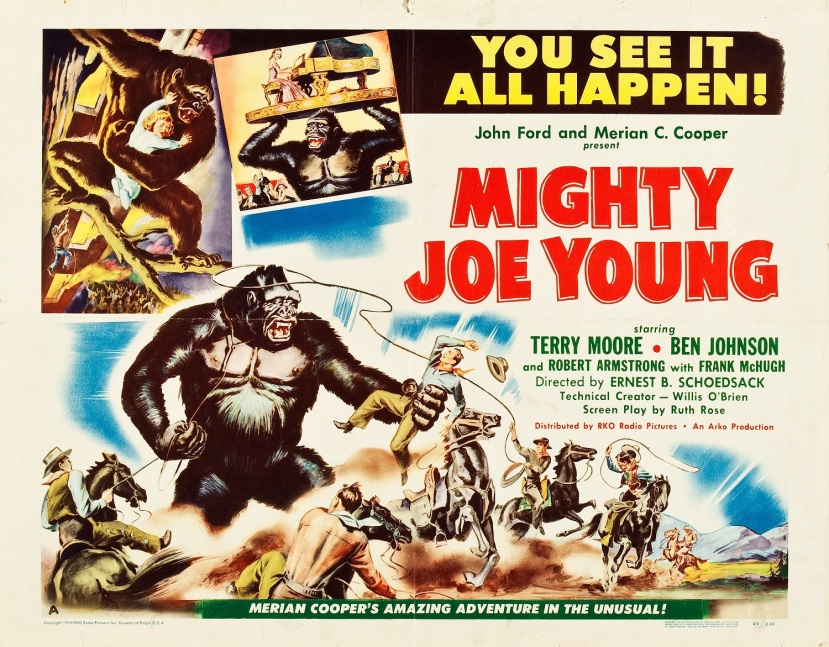