Unlike many mummy movies, Pharaoh’s Curse tries to do something different and for that alone, this is worth watching. There is a mummy present of course, but it is of the inanimate kind which is a bit of a shame because sometimes all you want to see is a raggedy old human, shuffling around and murdering people. Be that as it may, some killing still takes place, simply not in the way you would expect as this mummy bites its victims in the neck. It still makes for a good movie and that is the most important thing after all, for if you are not entertained then the makers of this film would have failed at their job.

Suffice it to say, it has an old-school, Universal feel to it and it gets the job done right.

To sum it up, Captain Storm has been sent to find Robert Quentin and shut his expedition down in case the locals start getting perturbed about what he is doing. Accompanying him is Sylvia, Robert’s wife, in order that she might be more persuasive in the argument except once there, she drops a bomb on him and asks for a divorce. Queue the mysterious woman named Simira who has also tagged along and warned them about the tomb and when one of the men from the expedition is possessed, the killing soon begins.

The movie might not feature an A-list cast, but they get the job done and make the film quite compelling. Featuring Diane Brewster, Mark Dana, George N. Neise and Ziva Rodann, they have good chemistry about them 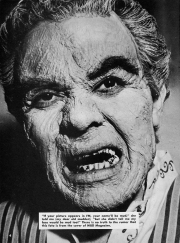 and make this tale of an ancient curse quite believable, if not completely enjoyable.  Brewster in particular is quite good as most of the film centers around her. As for horror, William Margulies does a great job with the cinematography by painting it all in crisp black and white, filled with shadows and a little claustrophobia. The mummy itself, or at least the creature that sort of looks like a mummy, features some decent make-up and while not particularly scary, is creepy at the very least as it goes about its murderous ways and especially when its arm is pulled off near the end of the film.

Though there were a few changes to the formula, Pharaoh’s Curse ended up being a very decent monster movie. There was some good characterization and drama and it all culminated in quite an exciting ending. It may not be as good as The Mummy from Universal or those released by Hammer, but it can safely stand alongside them as a viable alternative. 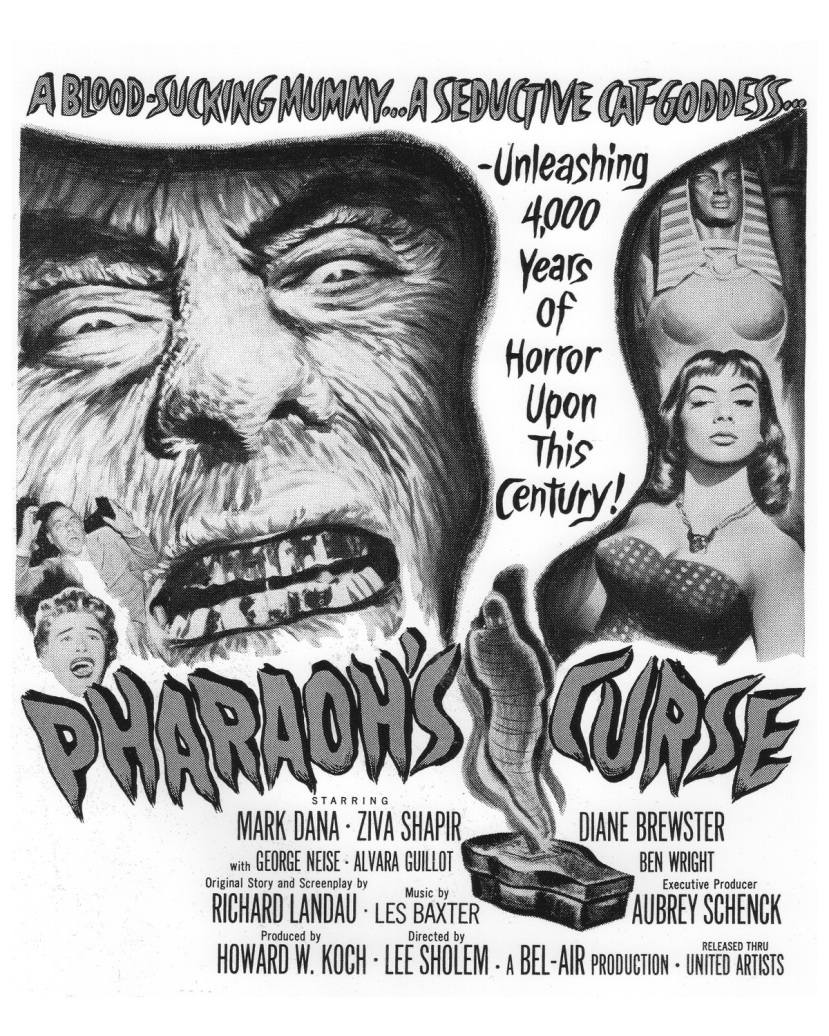