Issue by Issue – Kamandi: The Last Boy on Earth #42 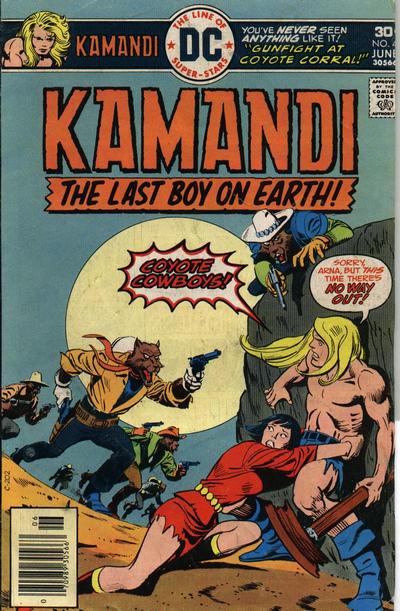 For the last few weeks, Kamandi and Arna have accompanied Sultin while he and his team have dug for relics, said team consisting of archaeologists. In the middle of one such expedition, they are attacked by Wolves and are soon able to fight them off. For his part, Doctor Canus still remains a prisoner of the Rats and their leader Mogul is still keen on getting Kamandi back for a starring role in his productions. Such as it is, the use of Canus as bait works and Kamandi and his friends are pulled into the trap that Mogul has set. All that remains is to fight their way out and rescue their friend before anything bad happens. Gerry Conway and Chic Stone pack this book full of action as our heroes fight one menace to the next. For his part, much like always, Kamandi will not go back to being a slave, whether it has bars or not and the lifetime contract that Mogul wants to entrap Kamandi with is just another prison. Kamandi wants to stay free and he will not see his friends treated as property either and so; there is only one thing left to do. This second part to the story that began last issue is a lot of fun and seeing these Hollywood caricatures is quite hilarious. Good to see is Sultin once again, though he is probably one character you never expected to make a return in the book. Still missing is Pyra, Tuftan and Ben – still being saved for a future issue perhaps. Long out of this book are Renzi and Steve, perhaps still sitting at that cliff-face that leads into Canada with some of Kamandi’s other newer friends. Loose ends their might be, but the new creative team continues to do a good job. Stone especially had big shoes to fill and he did so magnificently and while Kamandi’s future seemed in doubt with Kirby gone, it seems as if any worry was unwarranted.