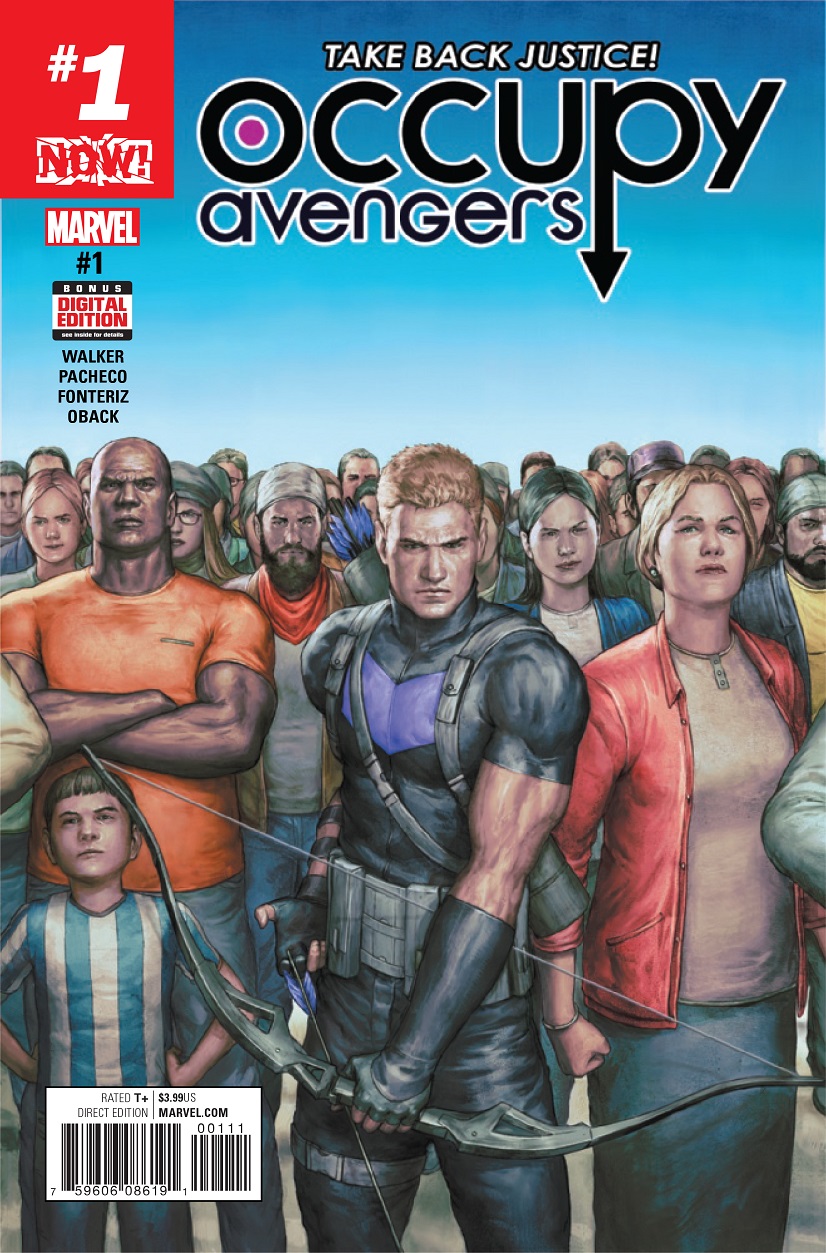 Whether the book was created to cash in on the Standing Rock affair or simply to be an outlet for Hawkeye and Red Wolf to star in now that they no longer have their respective titles, it has turned out to be good fortune for readers. All that really matters is the fact that David F. Walker and Carlos Pacheco have created a very compelling read with their first issue out of the gate. Though the word Avengers might be in the title and feature one of those aforementioned heroes, Walker sets a different tone for the book, one that lets us know that it will not end up being just the standard ‘villain of the week’ type of affair. The story concerns itself with a small reservation that has found its waters supply contaminated by radioactive material. It is here that Hawkeye finds himself, more concerned with a social injustice than whatever Thanos or Thor or any Civil War might have in store. It is also where Clint meets Red Wolf as they soon discover themselves in battle against some armed men who have no business being in Sweet Medicine. While readers cannot know for sure if this is the direction that Walker will maintain over the course of his run, it turns out to be, by and large, the most interesting Avengers book to premiere in quite some time. It also features a very eclectic, but intriguing cast – small as it might be at the moment. One can never feature Red Wolf too little – a man who has principles and beliefs and a man who believes in justice. Teaming him with Clint Barton is a smart choice as they two have much in common and could quite possibly become the very best of friends. Pacheco’s artwork is as good as ever and he really makes it all quite exciting and the choice of locale that is chosen is incredibly refreshing instead of the same cityscapes that pepper nearly every each and every Marvel release. It gives Pacheco a chance to stretch some muscles that he perhaps has not used in some time and it gives the reader something different to look at as well. Some might balk at Occupy Avengers at first, but it is worth the time and money to get invested in as the creators look to be having a good time with it. 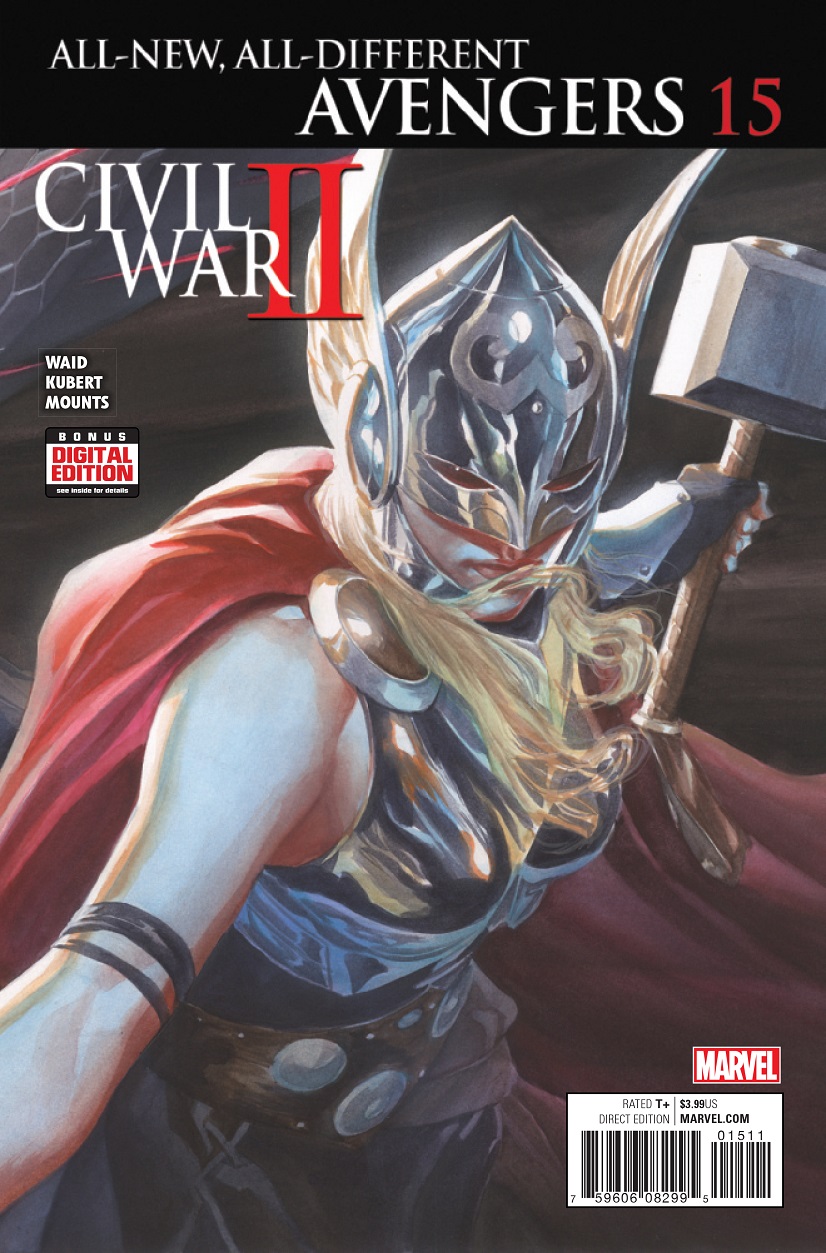 With the final issue of the All-New, All-Different Avengers, Mark Waid and Adam Kubert bring readers a heretofore untold tale from their past as Thor heads to Asgard to get a little help from Heimdall. With the second superhero Civil War puttering onward, she wants to know if there is anything Heimdall can see in the future that will give her some peace of mind, if not a little help. Instead, Heimdall gives her a piece of advice and tells her a story of when the original Thor came to him for the same thing, albeit involving another matter entirely. It is a fun tale, one that looks fondly back upon a team that is still getting to know each other and for a final issue; it does a great job by giving the history of the Avengers its due while looking forward as well. The villain of the story is Doctor Doom, a villain who has been used many times over the past few years, but one that you never really get tired of either. As it stands, the ultimate victor was Doom and it proves that though the Avengers might have good intentions, they do not always win the day. Waid’s story is quite good, a very solid effort from the man who’s run on this book has been fairly uneventful. It does nothing to further anything, especially Civil War II, but for a done-in-one tale, it works perfectly. Kubert’s artwork is continually on point and it looks better than it ever has. If there is one thing that makes a reader feel good, it is knowing that there is still a Kubert producing artwork year after year. After fifteen issues, this volume of the Avengers comes to a close with a new one promptly taking its place, taking our heroes on bold new adventures.