The first issue of this thankfully, adjective-less Avengers is a solid start by Mark Waid and Mike del Mundo. It is nice to see del Mundo get his due after putting in the work on the lesser-known books, a truly just reward to be sure. To that effect, the man gives his all and the issue is quite sumptuous in colour and style. Though the last run looked great featuring artwork by Kubert and Asrar, it looks epic under del Mundo’s hand. The story begins as it should in the thick of the action, ensuring it starts with a bang and your attention. Presumably taking place after Civil War II which is far from over, the team finds itself in a different place with a slight roster change. Gone is Iron Man with a cryptic explanation as to why, again due to Civil War and most of the younger members to be replaced by Hercules, Spider-Man and the upstart and completely unneeded new Wasp, a.k.a. Nadia Pym. Though they are still finding their feet, the addition of Hercules is a great choice as it not only lends a little power to the team, but a sense of history, the man being one of the longest serving members outside of the Vision. What is really good to see is the fact that they now act like a well-oiled group of heroes instead of the tryout team they were in the previous volume. The introduction of Peter Parker and the offer of a new headquarters adds some levity to the book and breaks up the action which soon makes its way back to finish off the story. Once again, Kang is back to plague the team, though one could say that in this particular instance, it is warranted as Kang’s entire existence has been threatened. Spinning out of an issue that Waid had previously written where the vision tried to take care of the Kang problem once and for all by stealing away the villain as a baby, he had thought the job accomplished. He was obviously proven quite wrong. The book ends on quite the spectacular cliff-hanger as it finds our heroes in quite the predicament thanks to Kang. Unrelated to the story and yet also tying into it, is Marvel’s decision to show us what is happening in the title during the upcoming year – a decision that sucks the impact out of the ending Waid and del Mundo provided. Still, overall this was a good start to the latest iteration of Marvel’s most popular team. 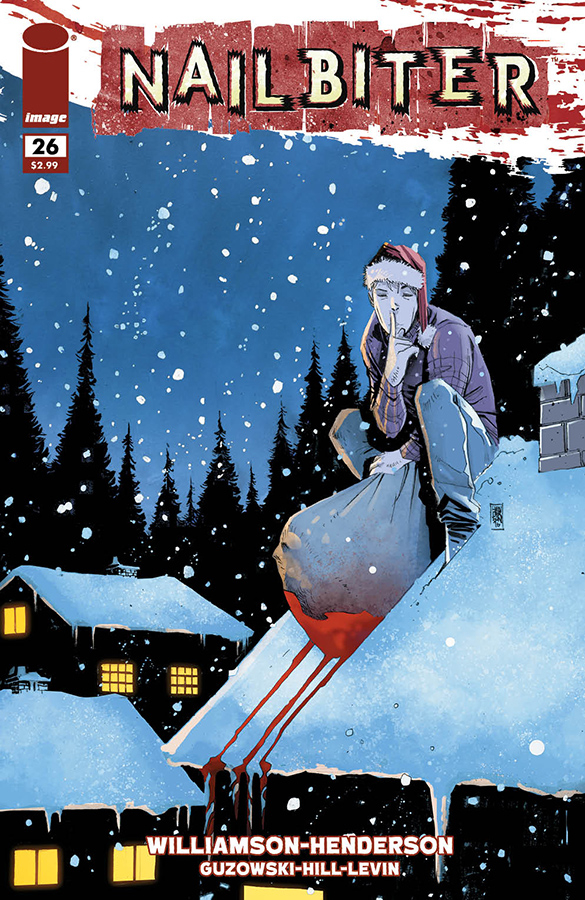 Once again, Edward Charles Warren finds himself behind bars, if only for a moment. During that time, he imagines himself revealing everything to Crane. How much he loves her, what he has done, all of the murders he has committed and how much he loves her still. Warren also imagines Crane forgiving him and that is all that it really is – imagination. It was a nice little fantasy that Joshua Williamson and Mike Henderson too the reader upon, murder aside, but it did show us a part of the Nailbiter that we had never seen previously. As readers, we knew the story, but we have never seen it and now, at least in part, it has been brought forth into the light. What Williamson also does with this is twofold – prove that Edward is as human as anyone else, a man who can think and feel and yearn for things he cannot have and at the same time, finally picture him as the cold-blooded serial killer in a most visceral way. As a reader, the vision of Edward is different than what the residents of Buckaroo may picture the man as and that is only as a killer and nothing more. To that effect, Williamson introduces a little vengeance into the story and its target is the Nailbiter. Henderson continues to be a rising star on the book, always giving us the perfect visual for the any given scene and the book would not be the same without the man. He ends the current story on a high note for the reader, but a very dangerous one for Finch who finds himself in a very precarious position, one that he may not come out of alive. In a world where some books drop off in quality after the first story-arc or two, this book continues to reach new heights and it never fails to entertain.