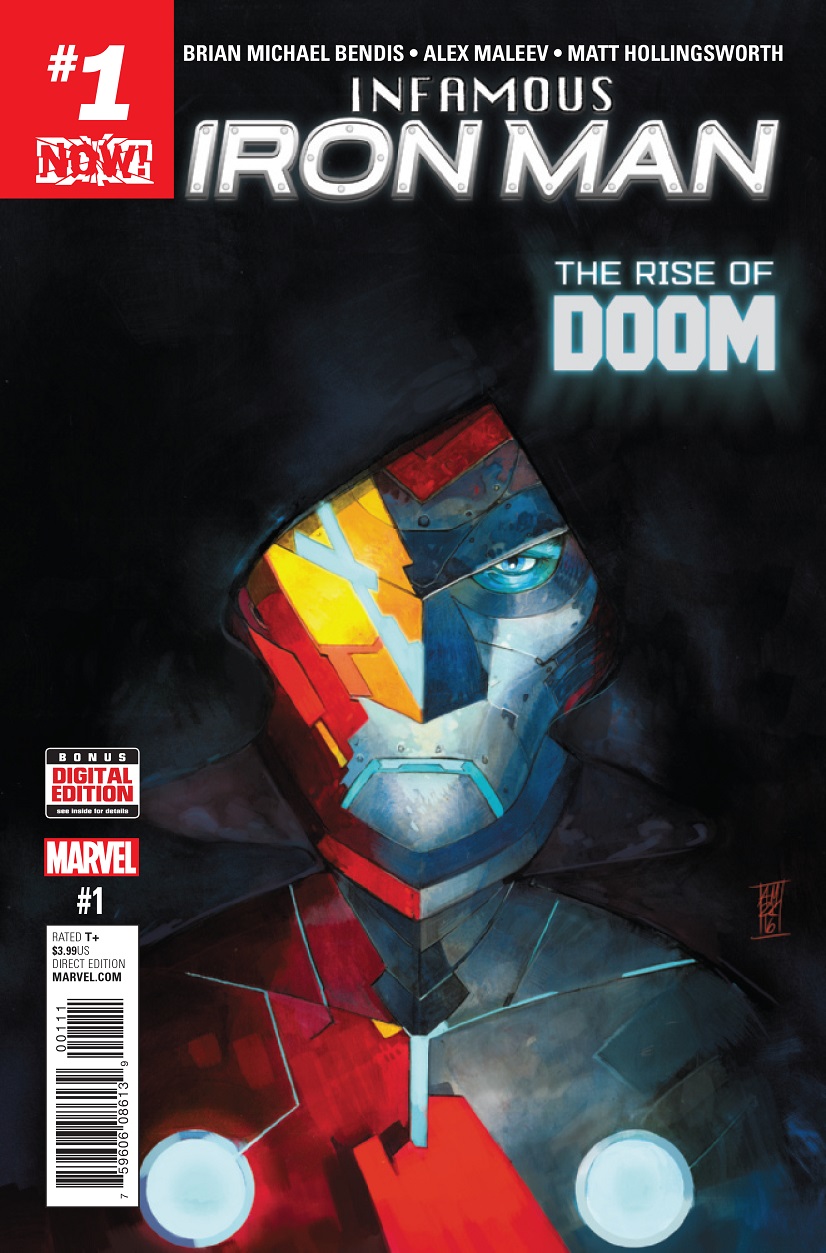 To say that Victor Von Doom is a complicated man is putting it quite lightly. The man is a genius, a sorcerer, a monarch, has been disfigured and a villain, an uncle and a hero and even a god at one point. Most recently, he has come back – a man healed seemingly both physically and mentally and looking to make amends for his past actions. If there is one thing that Brian Michael Bendis excels at, it is the character-driven stories focused upon a single hero or villain. He did it with Alias, with Daredevil and with Iron Man and while this is not the Iron Man we all know and love, Doom is no less compelling, no less intriguing than Tony Stark – maybe even more so. The book starts off with a look at Doom’s past, specifically a moment with the Cabal before it leaps forward in time to the present day where Doom is attempting to turn over his new leaf and he starts by rescuing Maria Hill from Diablo. It is of course not even a fight by any standard of the word. Doom is miles ahead of Diablo both in powers and experience and while readers might find it quite interesting, if not a little shocking that Doom is trying to be a good guy, Maria cannot believe it whatsoever. By the end of this issue, the reader is left with a couple of questions – the first being where is Tony Stark? As it stands, Doom seems to have access to Tony’s armour with only his A.I. there to protect it. Secondly, what does Ben Grimm, now an agent of S.H.I.E.L.D. want with Doom? Sure, there is that being enemies for a lifetime thing, but is he working on his own or on intel from Maria? The ending was also quite perfect, totally out of the blue and one that will affect Doom down to a very personal level. Once again, Alex Maleev joins his long-time collaborator on the book and his artwork is as lush and as gorgeous as it has ever been. Doom is positively handsome in this book and it will be nice to see if Bendis finally delves into the why and wherefore of how Doom became as such and just what happened in the time gap after Secret Wars and more importantly, why the change of heart. Doom is a great bad guy and more than likely, he will be a great good guy – but will he be or is he just playing the part? A superb start to a very promising title from Marvel. 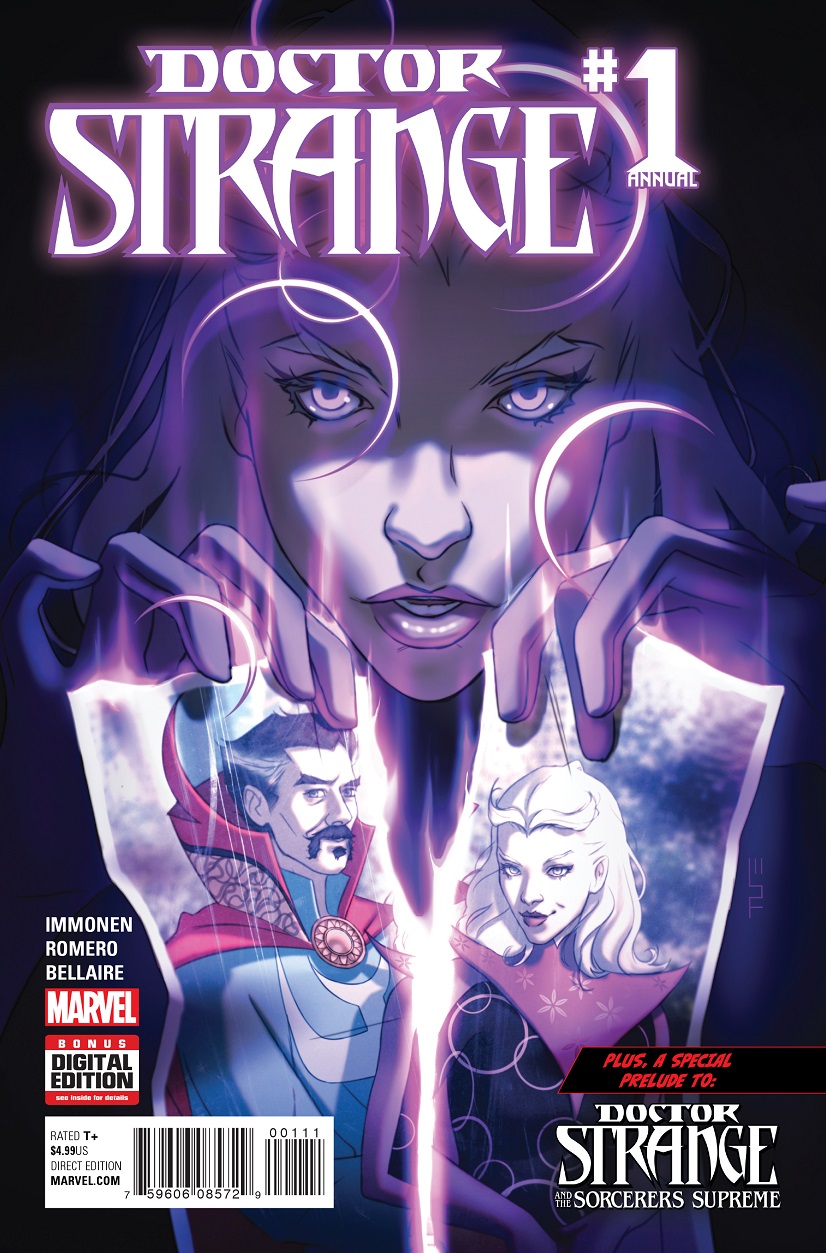 After the Sanctum Sanctorum was laid waste, not in its entirety thankfully, it needs to be brought back to a level of normal that Doctor Strange and Wong can live with. For the latter, it is a hard task, for Wong wants nothing more than perfection and over the course of the story he provides some comedy relief to lighten things up. Kathryn Immonen writes this tale and in it, she brings back Clea, come to see how Stephen has been doing, especially in light of recent events. Cue up a demon to fight, one that Stephen would have no hope of defeating alone due to his lack of magic at the moment which then makes Clea’s visit all the more fortuitous. While the laughs are good and the action exciting, it is the moments between husband and wife that really make this comic special. True, Clea and Strange have not been together in some time, but they are married on a different level than the simple exchange of rings represents and while Clea wants Stephen to let go, for the moment, he finds he cannot. One of the most interesting moments happens near the beginning of the book when Stephen questions as to where Clea was during the threat of the Empirikul. Though she does not fully say, there is a story there that needs to be told and hopefully at some point, Jason Aaron or Immonen herself will give the reader that opportunity. Overall, it is a fun tale – a nice break in-between the seriousness of the main storylines taking place in the main book. It also provides a good introduction to another character from Doctor Strange’s past, one that will hopefully make more appearances in the future. Additionally there is a backup tale that leads into the new Doctor Strange team book and while it is not all that bad, as a lead-in to a new series, it could have been a lot better as it failed to create any real excitement.