Mind Capsules – The Ultimates #11 and Batman Beyond Rebirth #1 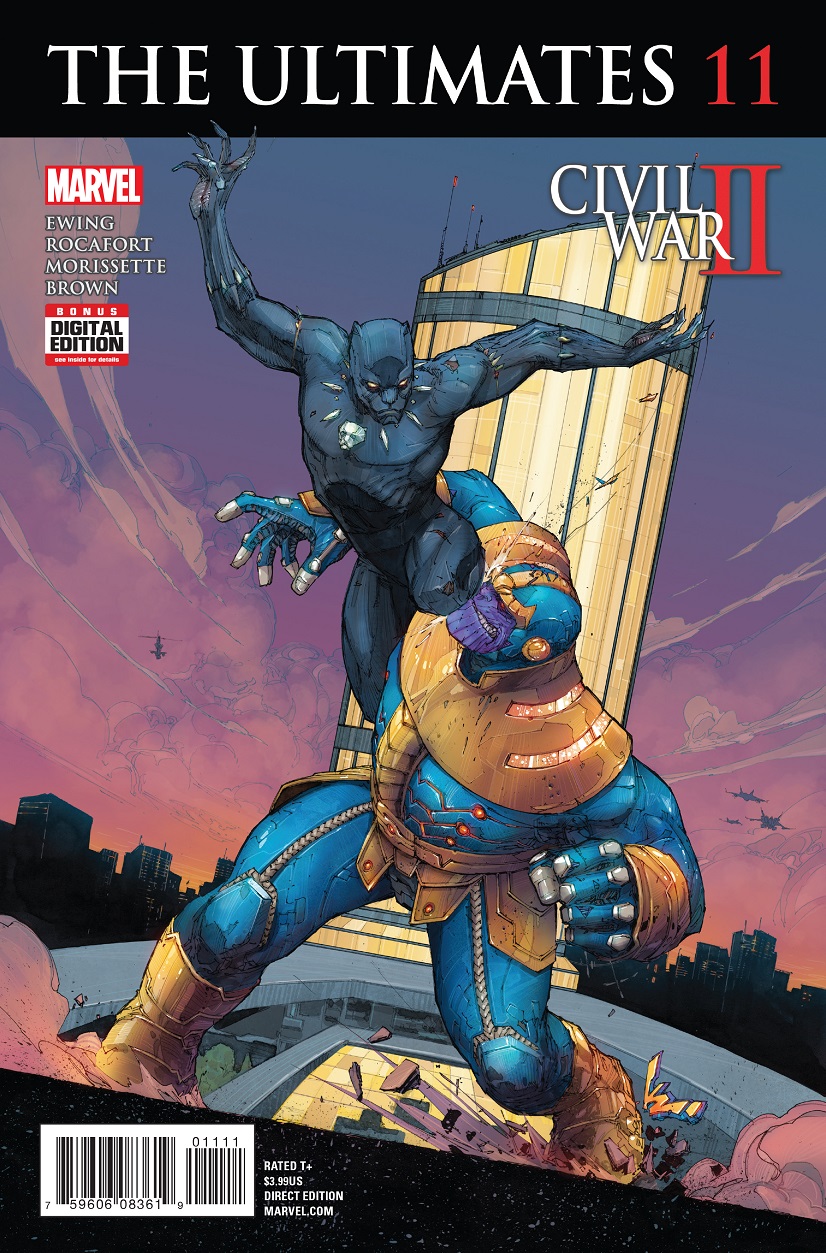 Thanos has escaped, three of the scariest words that anyone in the Marvel Universe will likely have ever heard. With that, Al Ewing crafts yet another exciting story featuring some of the biggest guns to inhabit the Marvel U, but when it comes to Thanos, even they pale in comparison on the power scale. Ever since the arrival of Ulysses on the scene, things have been a little different with the team, specifically with Carol and as time has passed, she has only gotten more extreme in her views. Tempers are short on the team when they should not be as such, for are they not all friends? The best thing about this group of characters is the fact that when it really counts, they can put everything aside and come together to face the common foe. It just so happens that at this moment, Thanos is that foe and he seems stronger than ever. When it comes to the artwork of the book, Kenneth Rocafort and Djibail Morissette are both great artists – separately. Together, their pencils simply do not gel and when the book hits that first page by Morissette, it is so jarring and unexpected that it breaks you from the story. That should not happen in any book worth their salt and as to why it happened here, one can only guess that deadlines played a factor in it. Again, both men are talented artists, but their styles do not mesh in the slightest and Morissette was a poor choice to fill in for those pages that Rocafort could not get done. After that first break, it was expected to happen again and so reading the rest was not so bad, but this should never have happened. Still, it was a good story in the end and everyone should be commended for that. When the last issue left off, Thanos had control of Anti-Man and while Thanos by himself is scary enough, with a being as strong as Anti-Man on his side, our heroes would stand no chance whatsoever. Interestingly enough, Connor Simms has enough willpower to resist, as broken as he is and he escapes which provides the Ultimates the only opening they would possibly get. There is still a lot of tension on the team, specifically between Captain Marvel and America. Blue Marvel and Black Panther are not too far behind America in their thinking and if they cannot come to resolve their issues around what Carol is doing and this so called power that Ulysses has, there may not be an Ultimates when this Civil War is finished. As usual, great stuff from Ewing and company with the only problem being the artwork, but not enough to hamper the events taking place. 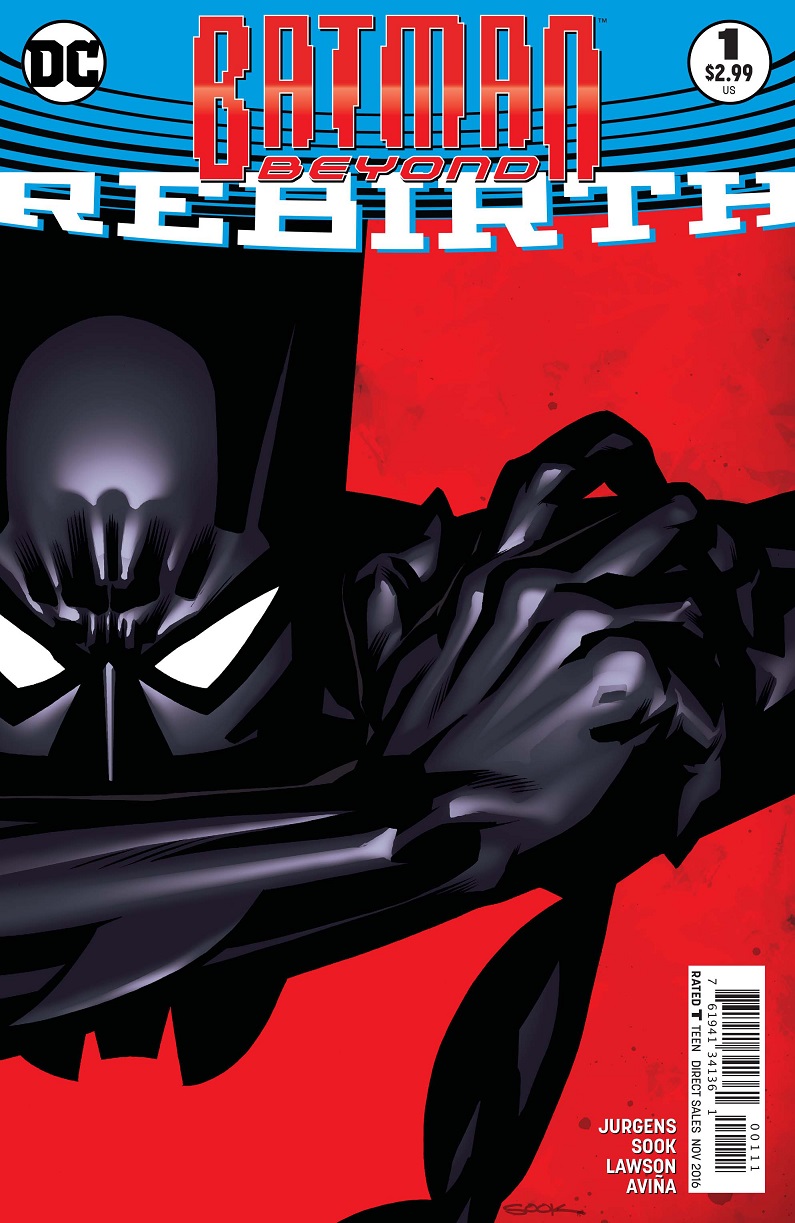 After the events of Future’s End where Terry McGinniss died and the following Batman Beyond series saw Tim Drake take over the mantle, we now find Terry back among the living and in the suit. It is a welcome return as well for while Drake was a good replacement, McGinniss is the man readers prefer. Dan Jurgens is also back on the book scripting Terry’s all-new adventures and things are much the same in Gotham as they ever were. Crime is rampant, crazies are running loose and the police do their best, but it is never enough. Be that as it may, Terry is glad to be back and we are glad to have him. Jurgens brings in some familiar elements like the manic nature of the city’s villains and Terry’s supporting cast. He also introduces some new ones like the Jokerz who have now claimed a part of the city and are supposedly following some mysterious new leader. Jurgens makes you wonder just as to who it is, dropping hints here and there that it could be the original Joker and you have to wonder if is indeed him, how did he survive until now. It is a mystery and Jurgens plays it well and he does not waste any time whatsoever in getting to the conclusion of it. What has been a consistent pattern among the Rebirth titles is the way they present you with a new story while also giving you all that you need to know about the hero or heroes that star within. In this case, we get Terry’s origin from the moment he met Bruce Wayne to his discovery of the Batcave and how in the end, he became the Batman in the first place. A little backstory can go a long way when it is presented right and that is exactly what Jurgens does in this issue, he rewards the reader by giving the character a sense of history while also pushing him forward. By the end of the book, you can guess what Terry will be facing in the upcoming series and it should be very exciting. As it is, Batman Beyond is well-written with great pencils by Ryan Sook and looks to be in good hands.