They Found Themselves in… – The Incredible Petrified World (1957) 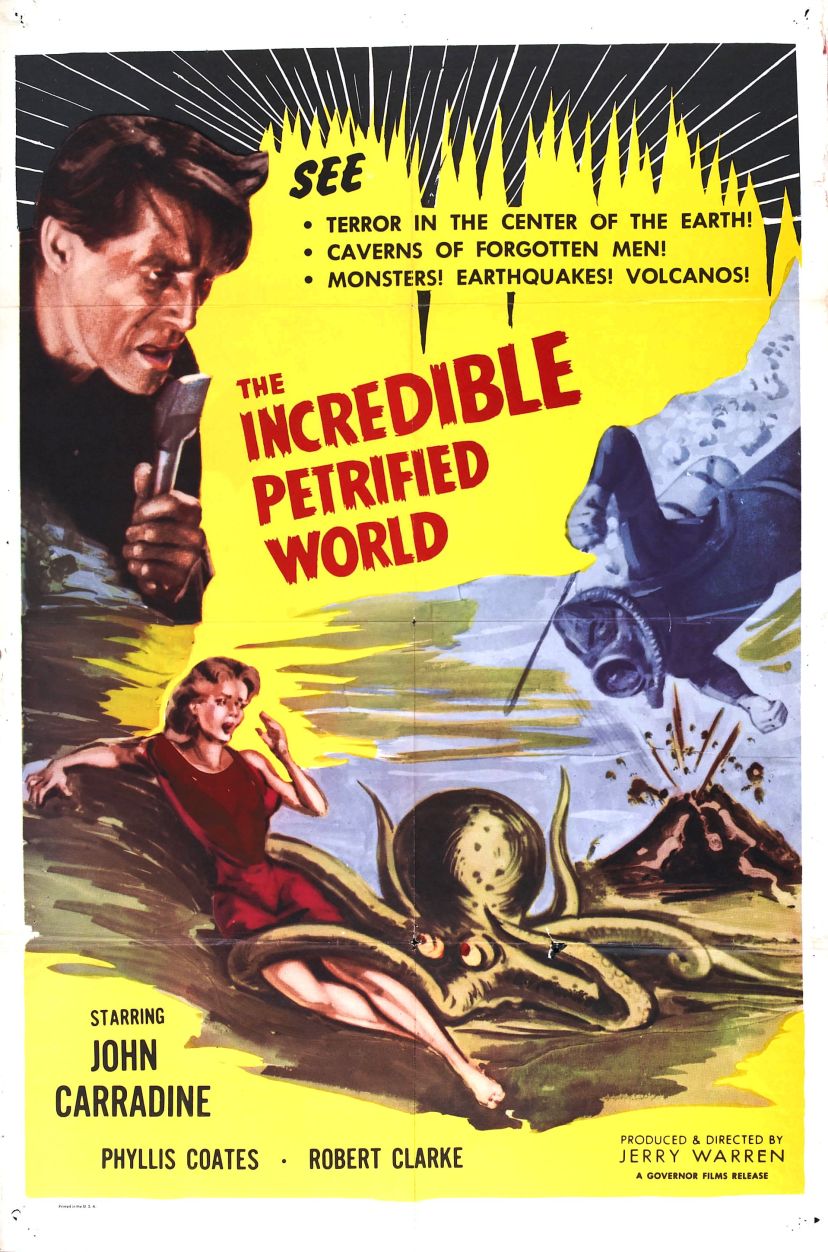 History will never remember Jerry Warren for being a great filmmaker; in fact it will most likely be the opposite. The man was cheap, even cheaper than Roger Corman when it came to budgets and when he released a film; it was never to great acclaim. Funny enough, even at his worst when he was cutting and pasting various pictures from Mexico or where have you, into one picture that usually made no sense, the end result was always at least slightly entertaining. That still does not mean that they were any good, but there was always something about them that at the very least, kept you watching.

There were times though, when Warren would make an original film, one made from scratch as it were and The

Incredible Petrified World is one of them. It stars John Carradine in the lead as a professor who wants to explore the very furthest depths of the ocean. When his crew is believed lost during an accident, they somehow miraculously survive, finding an underground cave large enough that it holds all sorts of life, including a skeleton of a previous lost soul and untold dangers. Wyman, the man that Carradine’s plays, thinks that they might be still alive somehow and after a little convincing, sends another mission after them to see if they can be rescued.

Surprisingly, the movie is not all that bad. It helped that it never overstayed its welcome and featured little to no special effects which would have just looked incredibly shoddy anyways, at least as far as one can guess considering the director of the film. There is nothing exactly new about the story, there having been many a movie with the ‘stranger in a strange land’ theme previously, but Warren does a competent job at making it a worth your time. While it is a little cliché, it still manages to be a good watch, the actors helping to move everything along with some all-right performances despite whatever might have been lacking. Even better was Carradine who managed to hold back on the exaggerated performance that he usually gives, perhaps due to the fact that he was not playing the villain for once.

Though The Incredible Petrified World was not bad per se, it is highly forgettable and really only worth seeking out if you are a huge Carradine fan or a follower of Jerry Warren’s work. 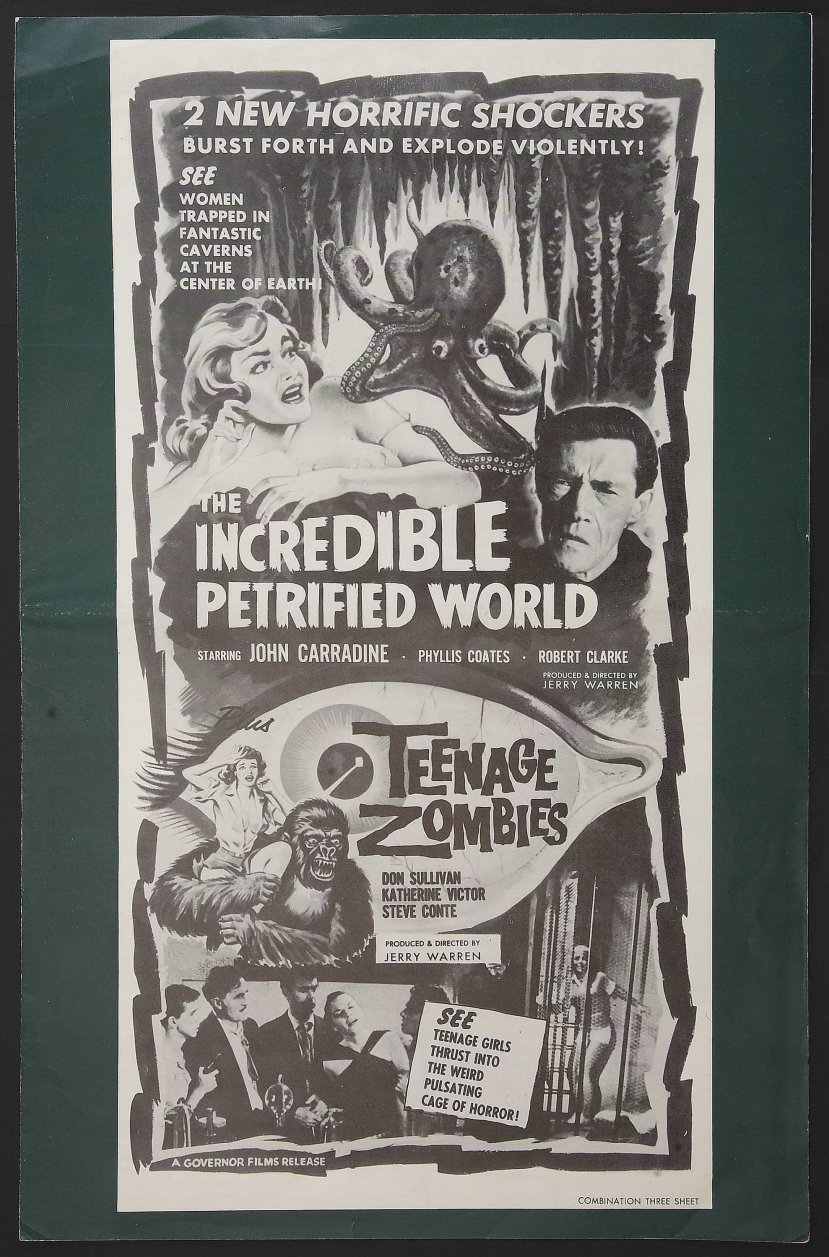