Immortality But One Step Away – The Man Who Lived Again (1936)

There has been more than one occasion where Boris Karloff has played the mad doctor and it is a role that he has perfected. The Man Who Lived Again features Karloff playing essentially that same part – a scientist, though during this go round he is a man looking for a little respect and when he fails to get it, that is when the madness sets in and he takes things to the extreme. Directed by Robert Stevenson, he brings this moody little tale to life and with Karloff’s help, they do so with a bit of flair and elevate this somewhat standard and clichéd story into something compelling. At this point in time, it being 1936, the mad doctor/scientist story was not quite as common as it would be in the next five to ten years, but it was still a sub-genre that was expanding quickly and it would see Karloff take part in at least two other similar films the very same year, those being Juggernaut and The Invisible Ray.

Karloff stars as Dr. Laurience, a man who has fallen onto hard times of late in the scientific community and now he has an idea for a machine that will be able to transfer one’s mind into the body of another. When it comes time to prove his worth, he messes up and because of that, the man who was funding Laurience decides to pull the entirety of his financing out and that is when Laurience snaps. Soon things are put into motion that cannot be undone and it is only when his assistant Clare realizes his machinations for what they are, that he is finally put a stop to.

Though Karloff might have his name upon the marquee, Anna Lee was just as good as a talented young surgeon who aids Laurience in his experiments. She was perfectly cast as the young heroine, having that innocent air about her that would contrast against Karloff’s tainted outlook on life. It is hard not to keep your eyes on the main attraction though as he cuts a dastardly figure, even when he tries to be the good guy for he is so imposing that he owns every scene.

The film is filled with other stock characters who usually fill up a movie like this including the overbearing patriarch and the good son, the police or doctors who think they know best and fight for what is right and so on, though Donald Calthrop stands out as the very conniving associate of Laurience. Lee and Calthrop were good, Karloff was better and everyone else just stood in their shadows.

As far as films about mad doctors go, The Man Who Lived Again is a good one, though not the best you will ever see. It is a story you have seen many times before with a little twist on the doctor’s work to keep it fresh, but when it comes to this particular movie, the ‘if you have seen one, you have seen them all’ saying is an apt description. Worth it only for those that are a fan of the players in this picture and nothing more. 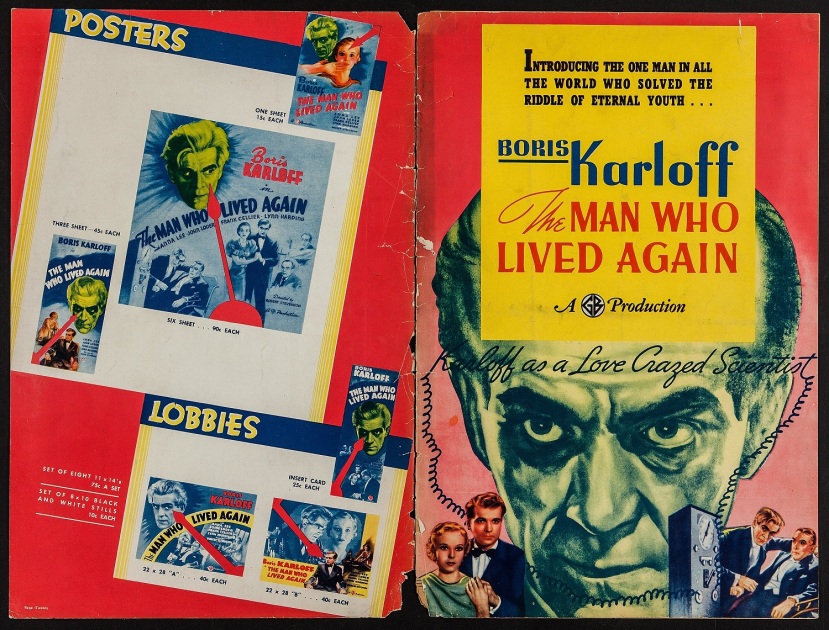