The conclusion to the latest slug-fest starring everyone’s favourite wall-crawler takes place in this very issue and a battle it is. The only problem with this last chapter by Dan Slott, Christos Gage and Giuseppe Camuncoli is that it is over just as fast as it was begun. It is a little disheartening in a way as Regent is such an interesting character and it would have been nice if the story arc was just a bit longer. As short as it may have been, Regent’s reign was an exhibition of power on the villain’s part and was quite exciting. Roman took too much too fast though and was not prepared for the teamwork of those he wished to be rid of. If it was not readily apparent by the cover of the book, Slott and Gage also bring back the Iron Spider costume, last seen back during the days of the first Civil War and now its mantle being appropriated by Miss Mary Jane Watson, at least for one outing. The most intriguing moment of the book was when Mary Jane, Peter and Regent all had a moment of deja vu, flashing back to that alternate universe during Secret Wars where Renew Your Vows took place. This of course was quite intentional by Slott and Gage, but you have to wonder if they were going to take it a step further and have Peter and Mary Jane reconcile at some point. That particular situation has been on the minds of many a fan for many a year and most would like to see them as a couple once again. If that ever happens remains to be seen of course, but it is good to see Mary Jane in the book once again no matter the scenario. As the story winds up, you might think it would have a happy ending, but it is anything but and leaves things on a different sort of cliff-hanger. With a ton of action and a somewhat serious tone, the writers of this tale still manage to inject quite a bit of comedy, most of it coming from Spidey of course, but Tony does manage to get in a line or two as well. Is this the end of Regent? Probably not and it will be a good day when we see him return to try and cause the heroes of New York some grief once again. 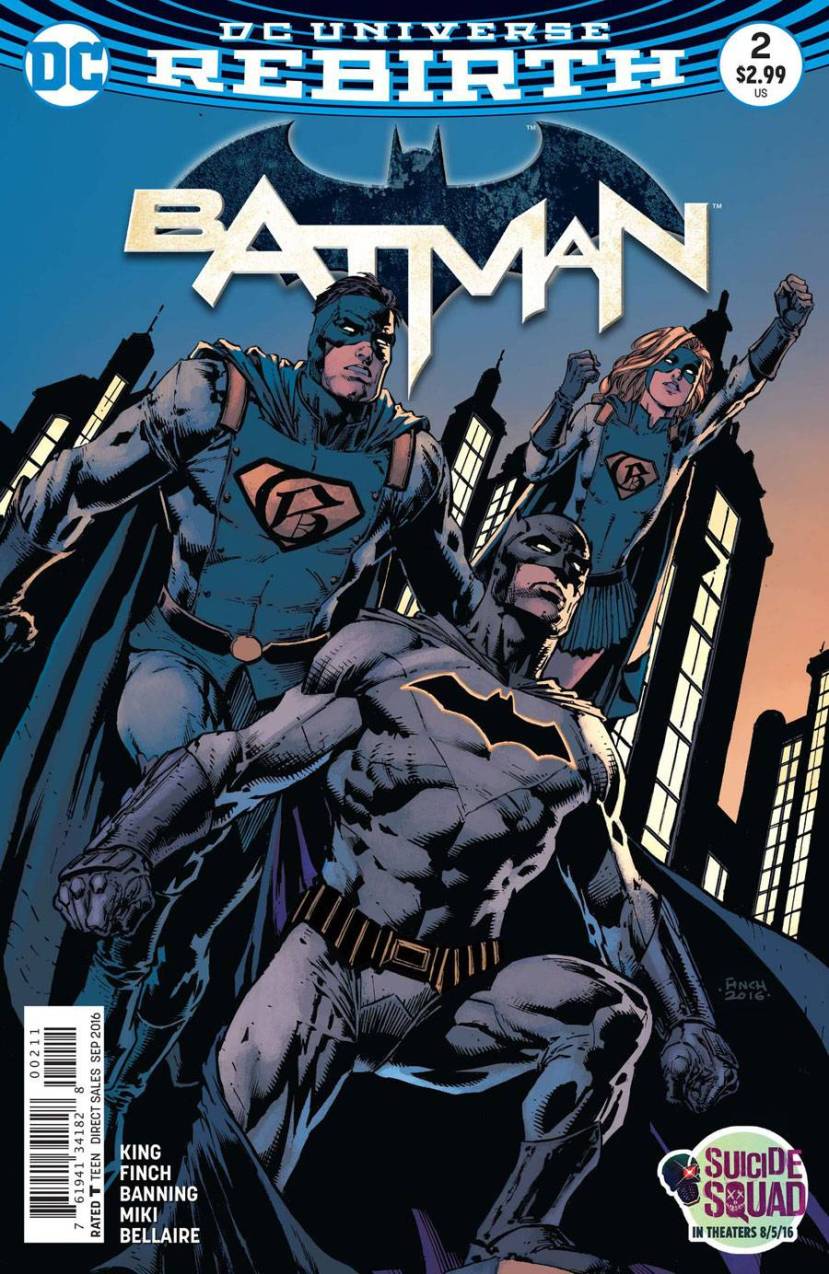 For a second issue of a new series, one that is supposed to build on the momentum established in the first book and with a creative team like Tom King and David Finch at the helm, this book should have been all kinds of excellent. It certainly started off that way with a battle against Solomon Grundy, but simply put, it only ended up being a decent issue that could have been a lot better than it was. King, who has been batting them out of the park as of late misses a step here which hopefully is just a one-time occurrence. Parts of the book feel disjointed – as if there are scenes or at the very least dialogue missing and as such, the book does not flow as well as it should. Additionally, Batman’s portrayal is a little strange at times, one moment he seems to be a bit obsessive and off-kilter and at others, the Bats that we all know and love. Of course, with King writing the book, it is not all bad as we do get to see Gotham’s newest heroes in action, the aptly named Gotham and Gotham Girl. They also seem to be doing quite a good job for they not only get Batman’s approval, he takes them under his wing. One part of it may be to make them better because you can always be better, but you have to know that at least part of it is so that he can keep an eye on them. Breaking the tension and lightening the mood is some humour courtesy of Alfred and he makes you chuckle more than once. It is a nice thing to see in a Batman book and fits quite naturally amongst the otherwise serious tone of it all. What the next issue will bring, one can only guess, but it is sure to be good with King on script and Finch on pencils. Though answers may not happen anytime soon, you have to wonder about the Watchmen revelation during Rebirth and just when it will be explained and also if Gotham’s newest protectors are indeed two of that same group. There is definitely as much mystery in the book as there is action and that is a good thing.