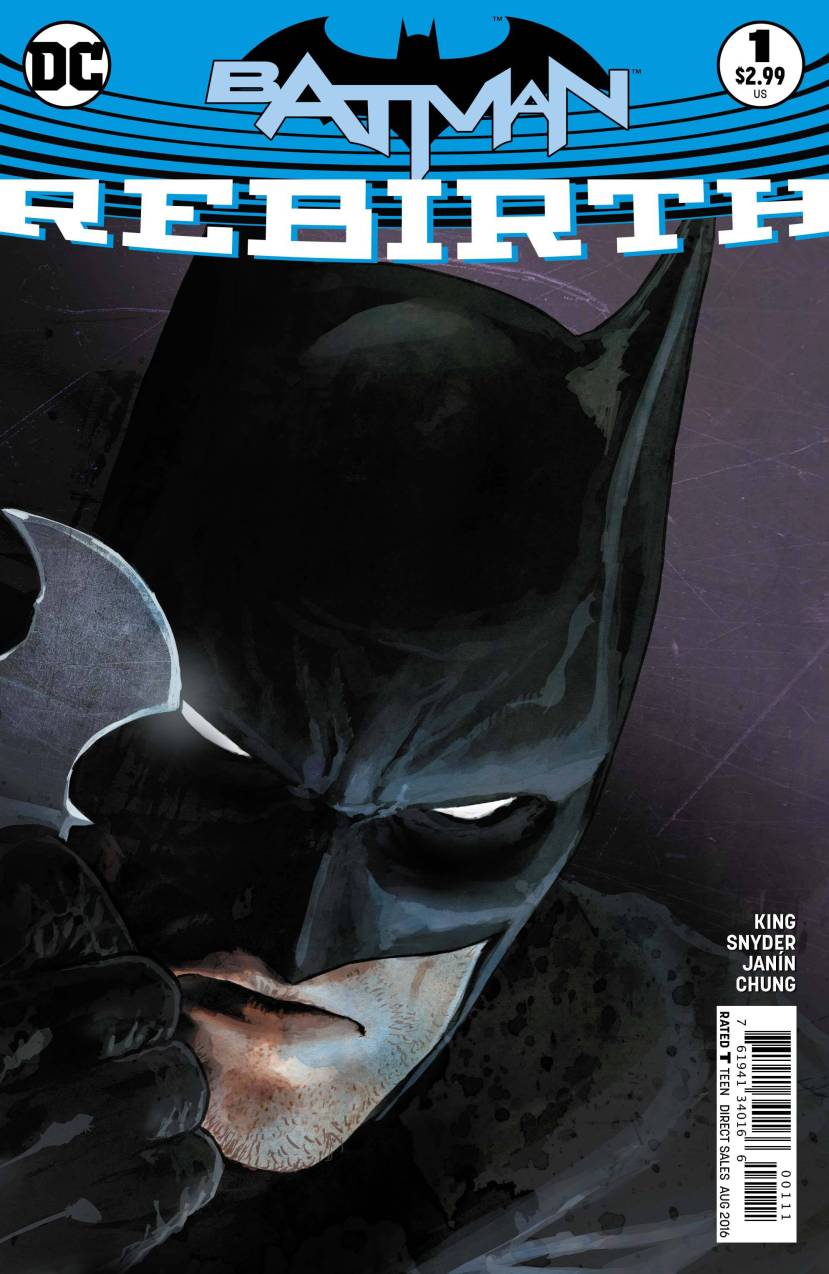 Batman: Rebirth is aptly named as it finds Bruce Wayne once again in the driver’s seat of his alter ego and Jim Gordon back to doing what he does best. With a return to the cowl, so too is Bruce battling his various villains which include the Calendar Man who is looking to unleash a horde of deadly spores upon Gotham. The issue also finds Bruce trying something new in recruiting Duke to his cause. While Duke thinks he is doing just fine as a Robin on his own, Batman does not want him to be just a Robin, he wants to try something new by giving him his own identity. This truly is a return to form for Batman thanks to Scott Snyder and Tom King. It is a good to see the man back in the saddle so to speak and it is great to see him getting his fortune back so that he might continue his fight against crime without any hindrances. While the previous volume by Snyder was quite epic, King is a great writer in his own respect and if this happens to be the start of the new direction the book is headed in, then it should be a good run indeed. Coming along for the ride is new Bat-artist Mikel Janin who has drawn the Caped Crusader before though never for a full-length tale such as this. One of the better things about this particular story is the focus on Calendar Man and his powers, the most interesting part being the way he regenerates during the turn of the seasons. While he has always seemed like somewhat of a joke, the serious tone they infuse the character with now makes it look as if they are setting him up to potentially be a major villain. Aside from Calendar Man, one of the more intriguing developments is this new hero that Duke will become in Gotham. Will he simply be a member of Team Batman or will he operate independently? Will he work side by side with our hero or is Bruce going to trust Duke to know what he is doing and send him off into Gotham to take care of the threats that Batman cannot get to? Though it is a pretty straightforward story, there are a couple of questions raised and though it tells us nothing of what happened to the former DCU or of the revelation made by Batman in the Rebirth one-shot, it is a strong start and it should be fun to see where it all leads. 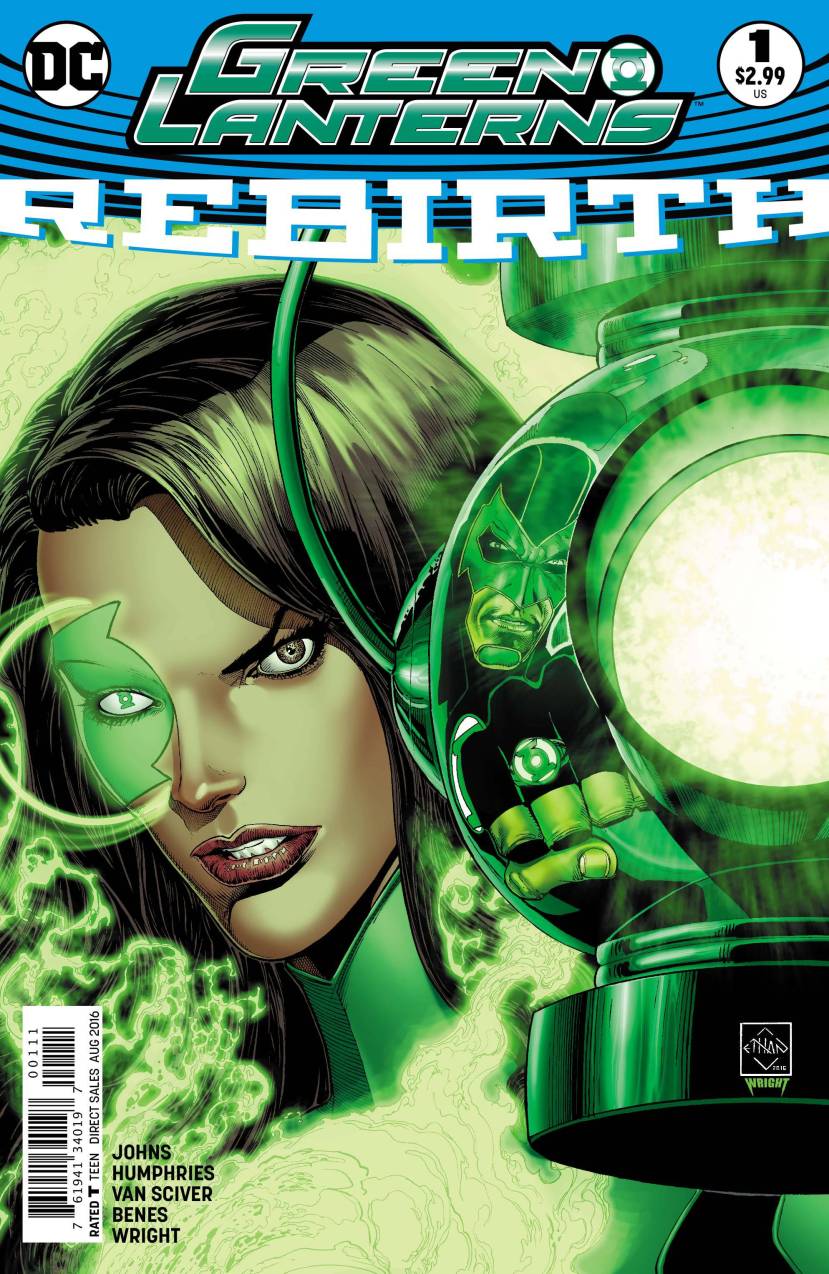 Geoff Johns and Sam Humprhies begin Green Lanterns on a mystery and it is one that sees a lost Lantern return to the universe along with a secret ring. It could mean a good thing for the various Corps or as is most likely the case, something really bad. One thing that is for sure, is that this new power is wanted by one of the Green Lantern’s many villains and that cannot be a good thing. On Earth, we find Simon Baz trying to live his life as best he can, despite the opinions of others and to say it is hard is putting it lightly. So it is that he is glad to receive a mission from his ring and upon arriving at the site, discovers that there is another Green Lantern present, namely the newly minted Jessica Cruz as seen in Justice League #50. Both Baz and Cruz are still fairly new to the game and the foe they face is none other than a Manhunter. After failing spectacularly, Hal Jordan shows up and tells them what is expected of them – that they will essentially be partners in their protection of the Earth and their sector. Whether an established reader or a new one to the world of Green Lantern, the book does a good job of introducing its many characters as well as leaving the book off on the reveal of its villain who also just so happened to narrate most of the tale. While many will not recognize Baz or Cruz as the Green Lantern they thought they would get, they are quite interesting and dynamic in their own respect and it should be entertaining in getting to know them as they too get to know each other. You can already tell that they will be at odds over any number of things and seeing how they deal with all of it is going to make this book either a really good or really bad buddy comedy, hopefully the former. The artwork for this issue is provided by long-time Green Lantern artists Ethan Van Sciver and Ed Benes and it is a solid and beautiful read from start to finish. With numerous plots already outlined within, the ongoing title should be a page-turner under the steady hand of Humphries and will hopefully echo the great storylines that have come before.