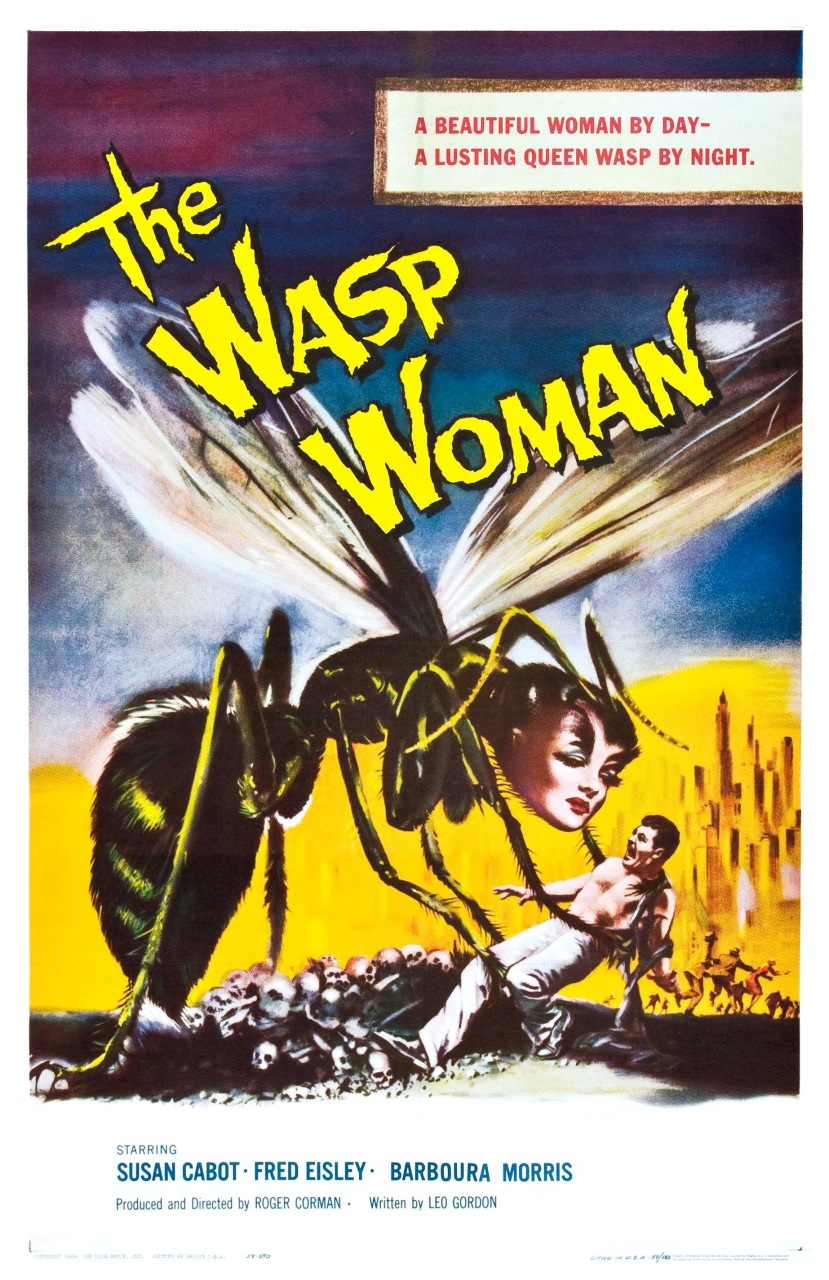 Roger Corman, the man who can make a movie with five dollars in his pocket, once again delivers a bit of schlock with The Wasp Woman, a film that finds a once youthful model and company head looking to get young again by any means necessary. As luck would have it, an old scientist has recently found himself unemployed and looking for work and he thinks that the formula he has created will be just the thing that will not only get him a job but will put him on the map in the scientific community. 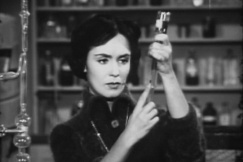 For Janice Starlin, said formula could be just the key to turning her fortunes around as well. Little does she know that it will also be the key to her downfall.

Like many of Corman’s films, the movie was made on a dime and it shows during those scenes which called for special effects. Thankfully, while the costume worn by Susan Cabot which turned her into the wasp woman was not all it could have been, it did look better than the misleading poster and did not ultimately hurt the film. That is also the magic of a Roger Corman picture, or at least those during the earlier years of his career. While his movies might have been made cheaply and often looked as such, they were still entertaining and in some cases, pretty good. The Wasp Woman falls into this category. Though it might have been a little overlong with a couple of scenes tending to drag, the film was never all that monotonous and though highly cliché as well, you wanted to see where it went and just what Janice was going to do. Almost everyone other than Cabot was forgettable, with the exception being the old scientist as played by Michael Mark. 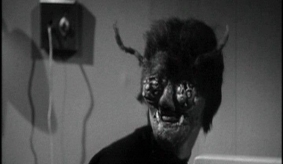 You could in one sense, make a slight case that The Wasp Woman is a film about ageism and the need for the elderly to feel relevant, to make use of the skills they honed over a lifetime and have already made all the mistakes that come with it and having learned from them. There is that possibility, but when it comes right down to it, this is just an old-fashioned monster movie and not a bad one at that.

One could say that there is nothing all that special about this film and they would be right, there is not. Everything you see in this movie is the same turn of events you have seen in other films, the only exception being that our heroine/villain turns into a wasp-like creature instead of something else. There are of course far better movies about the subject, more specifically The Fly, but The Wasp Woman is good and even a little fun which is all you can really expect out of a film like this.