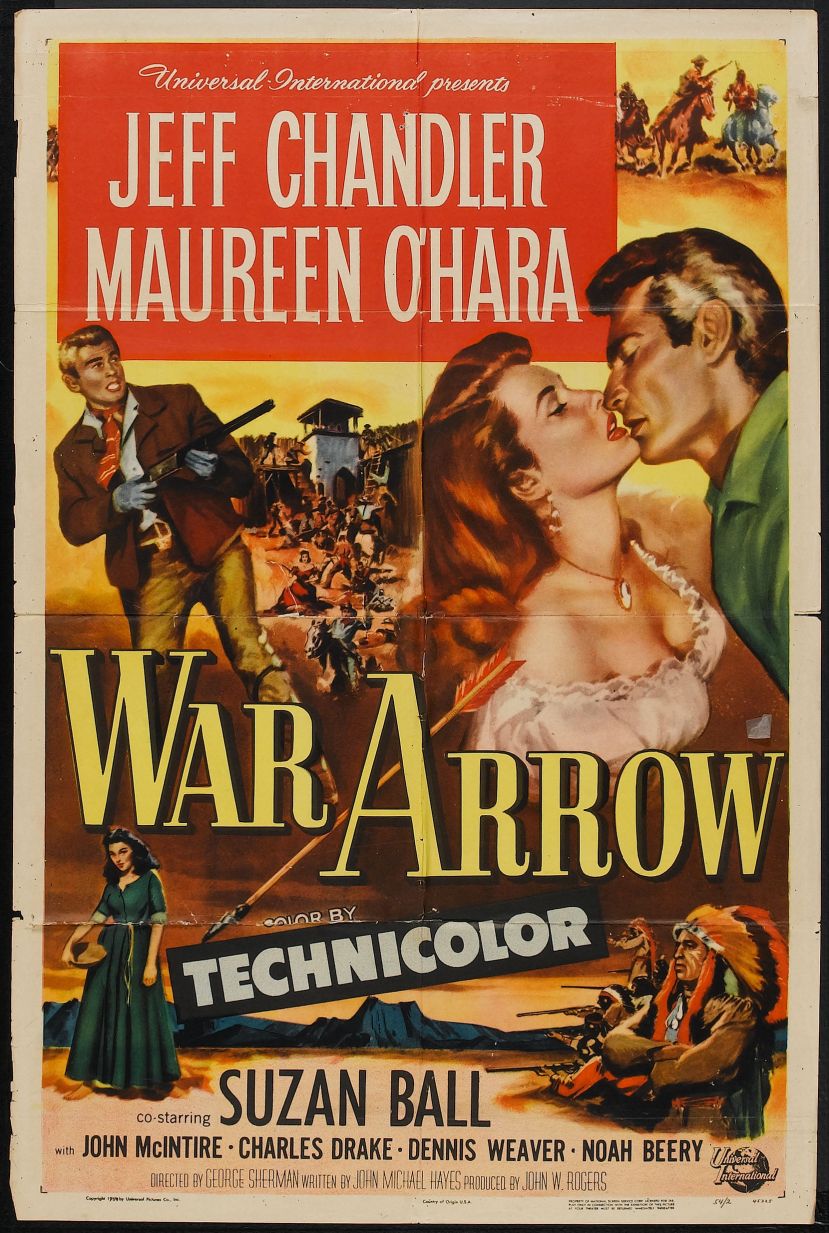 As far as westerns go, War Arrow is a decent affair, enough to while away a bit of an afternoon if nothing else. Starring Jeff Chandler as the hero and Maureen O’Hara as the love interest, the movie finds them way down in Texas at Fort Clark with Chandler looking to get rid of the Kiowa who have been raiding various settlements. To that effect Brady, played by Chandler, enlists the aid of a Seminole chief, Maygro by name including a few of his men and together with some effort, they manage to defeat said Kiowa after a vicious attack on the fort.

Once you make your way through the film, you will realize there is nothing that really stands out about this movie that would set it apart from a hundred other westerns except for its stars. Chandler is good and quite solid in the lead as he was in most of his roles. As Brady, Chandler was perfectly cast as he always had that leading man-air about him. Many attribute it to the white hair, for which he was famous, but the talent was there as well and you have to think that he would have been a success no matter the hair colour. O’Hara put in her usual performance, being no better or worse than most of her roles at the time. In this film she really had little to work with, so perhaps it was not her fault that she failed to shine a little brighter than was normal, her talents slightly going to waste.

If there was one thing about this particular film that made it a little different than the norm it was that its story focused upon the Seminoles and at least part of the plight that they were going through at the time. It did not go into any depth whatsoever, as the film was more focused on the good guys versus bad guys aspect, but if it had, it might have made all the difference in making this a much better movie then it ended up being. The filmmakers also set up a part of the story which ends up being a bit of a mystery involving O’Hara’s husband who is aiding the Mexicans and the Kiowa, turning traitor against his people for which the reason is never revealed. It was not completely essential to know, but it would have been nice and perhaps have made for a much more interesting picture had his reasons come to light.

All in all though, War Arrow is not a bad film, it simply is not all that great as far as westerns go either. Everything about it is fairly average, but is ultimately worth it though if a fan of Chandler who was the draw and it is at the very least, entertaining.