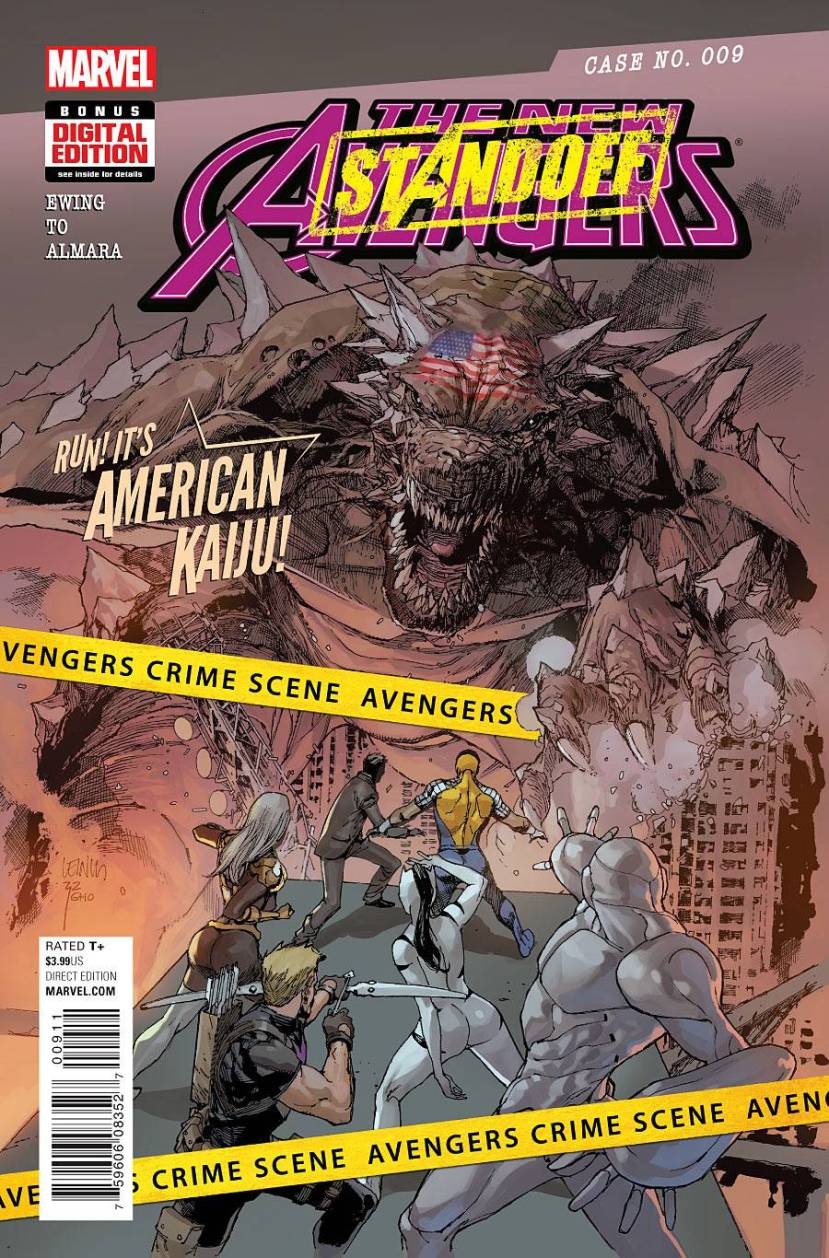 The current roster of Sunspot’s ex-New Avengers are currently taking it easy after their successful rescue of The Whisperer, recently revealed to be Rick Jones. But not all is not as good as they think it is, for the United States has declared them an enemy due to their incursion of Pleasant Hill and so they must face the newest threat to come knocking on their door – American Kaiju. Once again, Al Ewing introduces a new threat to darken the Avengers’ lives, something that is essential in keeping the Avengers line of books relevant and timely. Instead of constantly going back to the same old well, Ewing has been introducing new foes and new concepts, continuing off of what Jonathan Hickman built up during his run on the Avengers franchise and it continues to be, along with The Ultimates, the most exciting Avengers title being produced today. You never know what is going to happen when you read this book and the unpredictability of it is part of the attraction. With the introduction of American Kaiju, to which we also get his backstory which was great to see, we get a little Godzilla/Pacific Rim-influence, something nobody has done as of yet in this book and while yes, there have been giant monsters before, there has been nothing like what Ewing has done here. Despite the advances made in the villain department, the heroes of the Avengers have also been getting some love from Hulkling to Pod, with Sunspot being the real standout. Bobby, though being the team leader, does very little field work and now with American Kaiju knocking down their door, he reveals the creation of Avenger Two, a giant robot created for situations just like these. So in addition to the action and drama, the comedic moments and the constant surprises, there is also the mystery of Roberto da Costa and the secrets he is hiding. While some of them simply have to do with tech and whatnot, there are deeper ones that you can tell he is not letting on about. The fact that he essentially owns a nation of scientists and could be working on any number of projects is one that should cause many concern and you have to wonder if at some point the team will confront him about them. The ninth issue of New Avengers continues to keep things fresh and fun and you cannot help but want to come back for more. 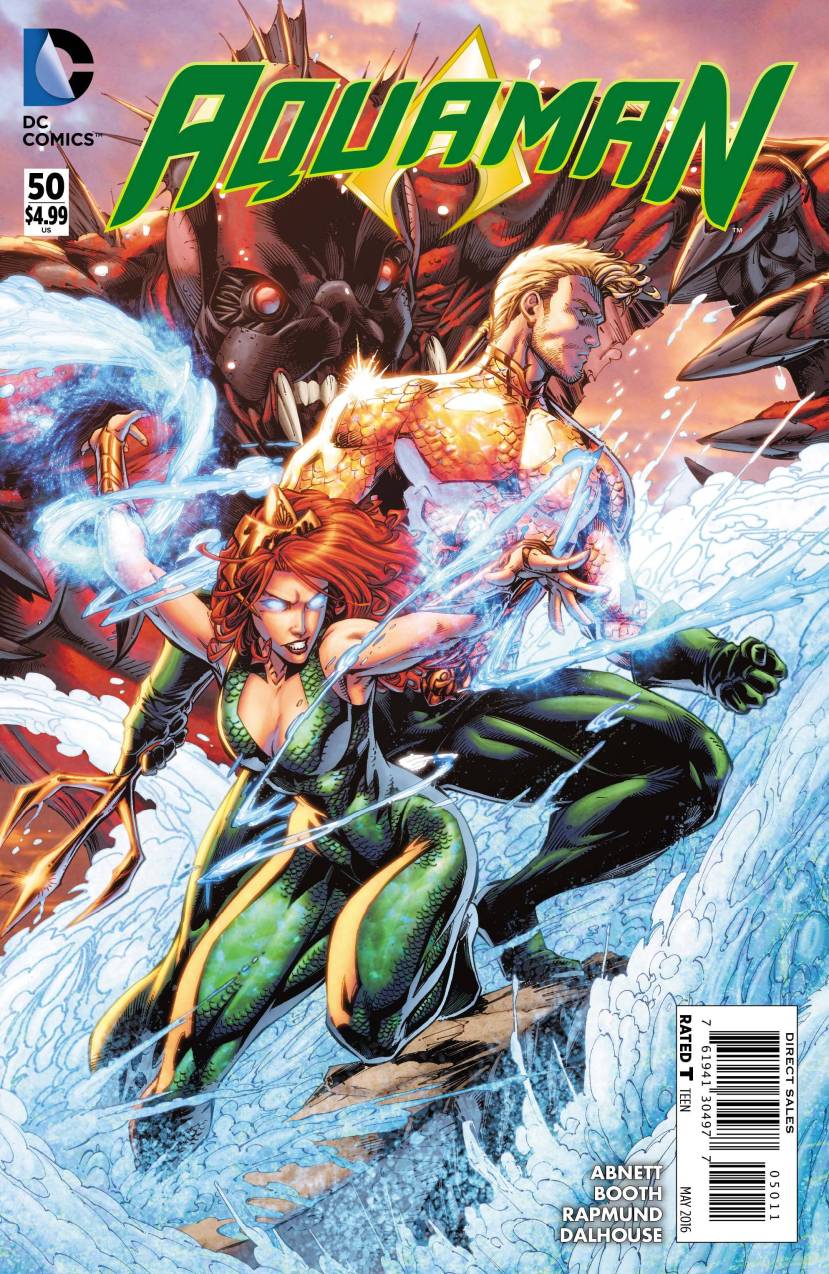 Someone or something has been killing a lot of people and it looks like it could be some kind of shark. The problem is that most of these murders are taking place inland where they could not possibly do so, like in a tub or on the roof of a building. As such, Aquaman is called in to help with the investigation and after doing so, he discovers that it is a creature that is able to travel through bodies of water like a portal. Of course, Aquaman and the creature end up fighting and by the end of the book, all is well that ends well. Dan Abnett has been doing a good job on the book of late, even if it feels a little safe, perhaps even too safe. After the much maligned run by Cullen Bunn, Abnett has returned things to the status quo which is not a bad thing, but he has done nothing to really distinguish what he is doing from any other run that the character has had over the past thirty years or so. Sure, the man is just beginning and yes, the title is wrapping up in order to be relaunched for Rebirth, but instead of going out with a bang, it feels more like a whisper and that by itself is a bit of a shame. What would have been nice to see was a great big story that would get people talking and the one that concludes in this book is not that story. There is one thing that has made this tale memorable at least and that is having Mera taking on the name Aquawoman as well as being the new ambassador for Atlantis. It opens up an entirely new realm of storytelling possibilities and it should be fun to see when Aquaman begins again, but as a whole, Abnett’s run has been just good where it could have been great.