Mind Capsules – All New, All Different Avengers #7 and ElfQuest: The Final Quest #14 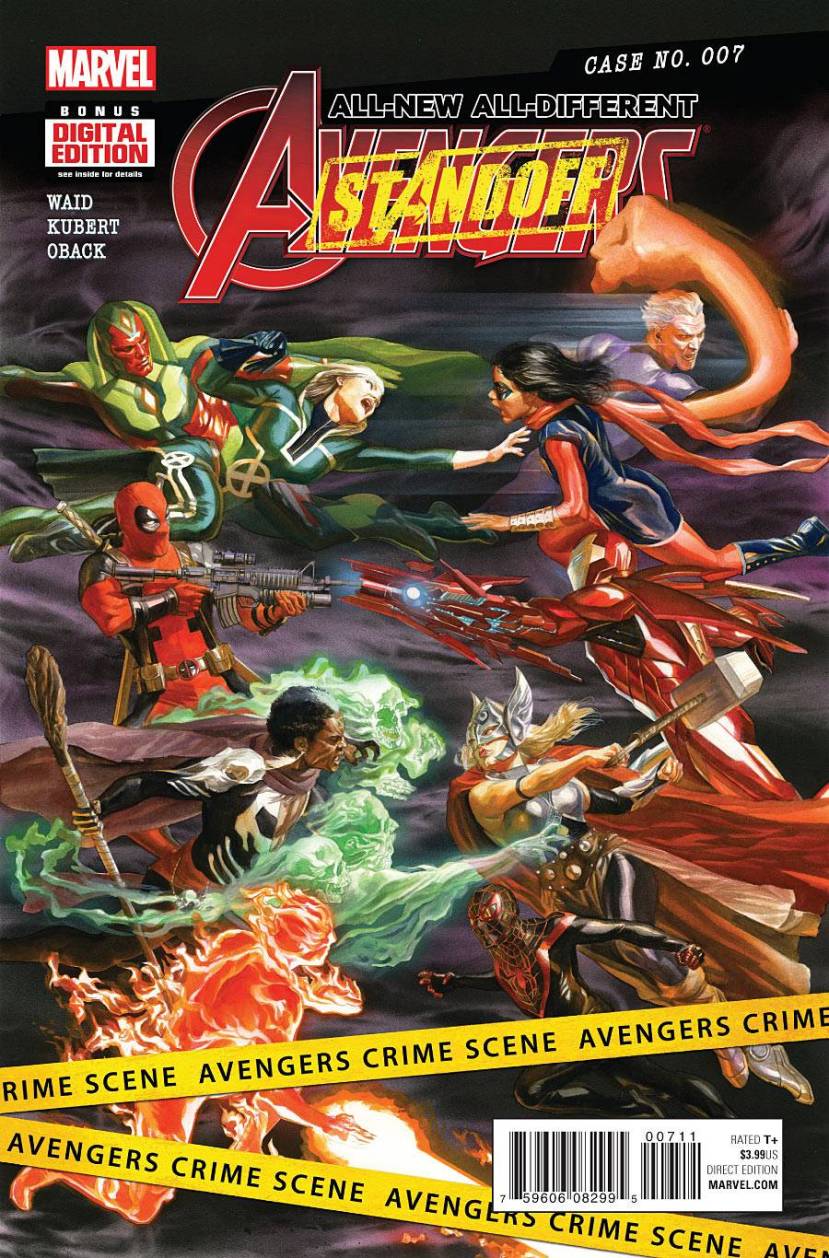 All New, All Different Avengers #7

Though it is only seven issues old, the All New, All Different Avengers is already taking a part in Marvel’s latest crossover Standoff and it finds our heroes in battle with the Night Phantom, a C-list villain if there ever were one. Due to his exclamations, the fact that Maria Hill has shown up and Tony getting a call about Pleasant Hill, the Avengers soon find themselves on the way to Connecticut to find out what it is all about and a confrontation with the Avengers Unity Squad. Despite an interruption to whatever story Mark Waid might have planned on telling, the latest chapter to Standoff is a good one and while it relies heavily on the old cliché of hero fighting hero instead of talking about the situation, it manages to be action-packed and a lot of fun. There is a mystery present as it is discovered almost immediately that there are two Maria Hill’s and whether that is due to the little girl who is the personification of a Cosmic Cube or something else will have to remain to be seen as the book ends on a cliff-hanger. The great thing about the book is that while it serves another purpose, Waid still manages to get in a few good character moments including the first couple of pages with Jane Foster and Sam Wilson as they talk about what happened between them and what is going on with her. Jane seems fine about everything, but Sam is unconvinced and thinks she just wants to go out in a blaze of glory instead of succumbing to her cancer. Another moment, a small one to be sure, deals with Kamala and the Vision who work through their trust issues with one simple gesture from one to another. Additionally, the book also finds our heroes working better together and much stronger as the team they are supposed to be. Maybe it is a little too soon for them to be acting like a well-oiled machine, but with time really having no meaning in the Marvel Universe, it is possible that there was a lot of practice put in between this issue and the last. With some really great artwork from the always dependable Andy Kubert, the All New, All Different Avengers is shaping up to be a very entertaining title. 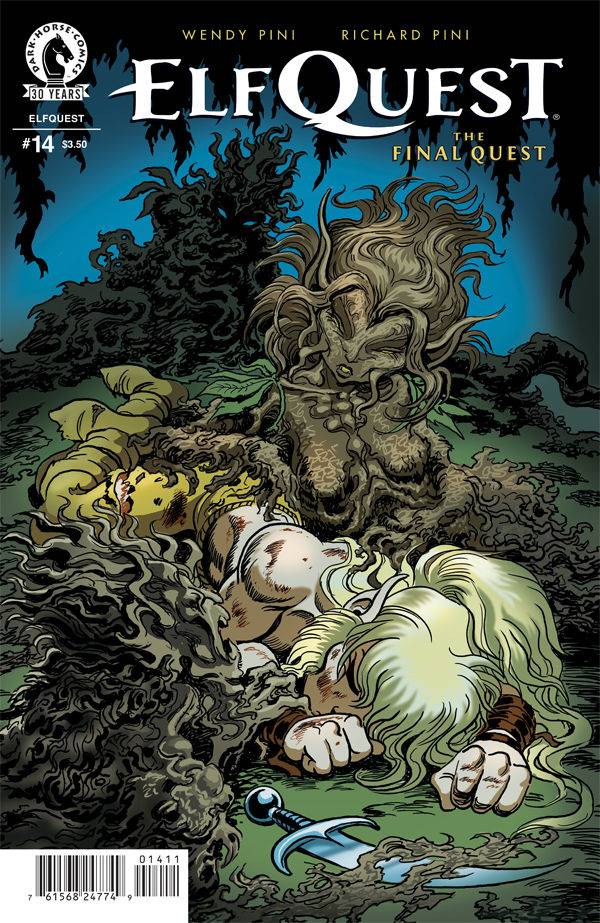 Though every issue of ElfQuest is about all of the Elves at large, this one specifically focuses on Cutter and the despondency he feels over finding out the truth about himself. Fleeing through the forests with only his wolf Filcher accompanying him, he is not only descending into a slow madness, but into death for he has given up on life as it simply holds no meaning for him anymore. Not even the memory of Leetah, his soul-mate can drag him back, so deep is his sorrow. When Filcher dies due to old age and the stress of following Cutter, he too lays down, ready to give up. Wendy and Richard Pini deliver a very sad tale featuring the Wolfrider Chief and perhaps the most depressing story to ever grace the character’s various titles over the past thirty years. Though Cutter is the main focus of the book, we also follow Leetah and a group of those that love him the best as they try to track down their missing leader. The book also flashes to Venka as she confronts Two-Edge over his actions which will most likely prove disastrous if Winnowil manages to make her escape from Rayek’s consciousness. In one way, the book is quite refreshing in its subject matter for it cannot always be sunshine and roses and yet, some part of you wants to see a little happiness and joy present within the story. The book leaves off on an ending that looks to be one of finality, though also one of mystery and it is perhaps one of the most enticing finales to ever grace an ElfQuest comic, one sure to draw you back and find out just what is going to happen next.