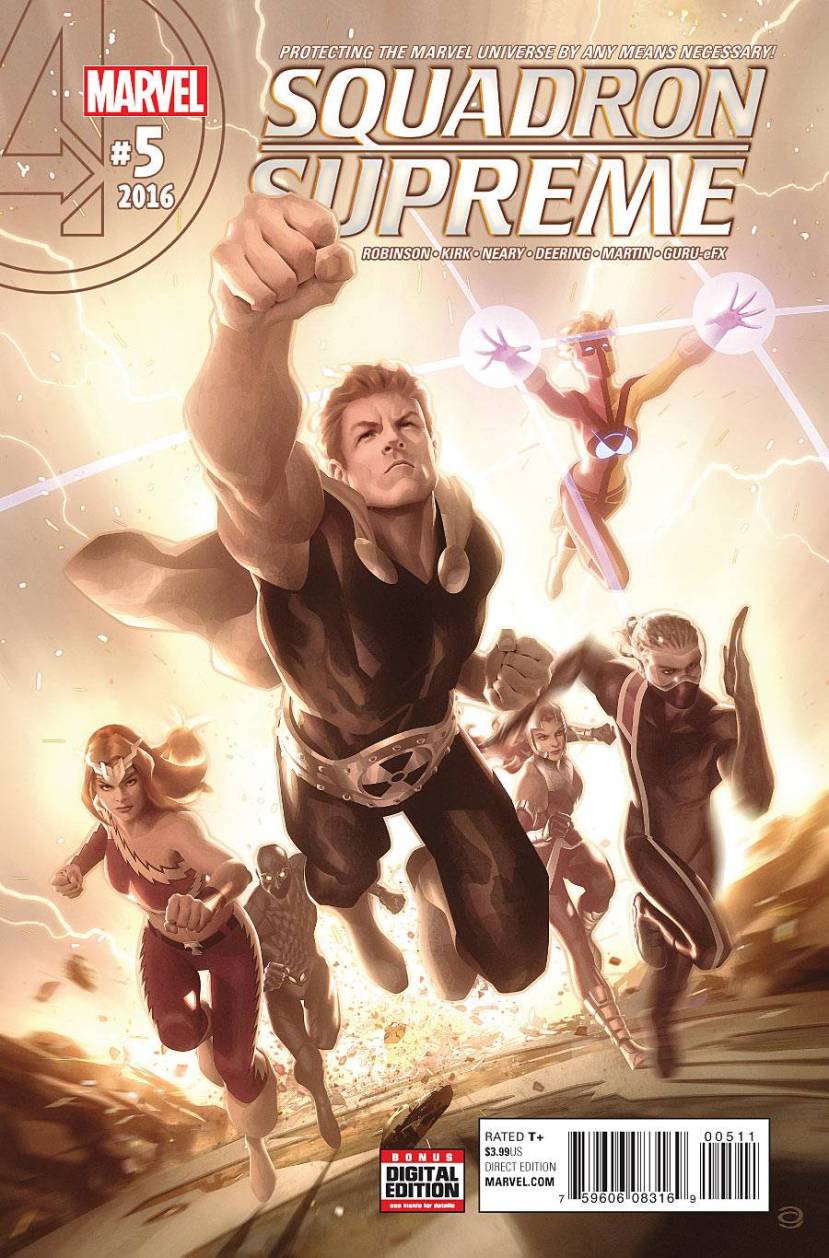 Though it might sound strange to say, one of the baddest men in all of Weirdworld is Dr. Druid, of late – dead on Earth, but alive and well on the strangest planet in the universe. He is so powerful now, that he has essentially subjugated the Squadron Supreme and rendered the few that remain free, powerless. Of course, Druid does have the aid of a power-enhancing crystal, the recently revealed Warrior Woman and Modred the Mystic on his side, so there is that too, though even without them, there was a chance he still could have achieved what he wanted given enough time. James Robinson and Leonard Kirk might be giving the team a hard time, but they are heroes, for the most part that is, and eventually they do come out on top by the end of the book. There are a few great moments within the issue that make it worth reading, one being the confirmation that Nighthawk is still one of the smartest and most resourceful men around as he and Blur escape their confines and take the fight to their captors. At the end of the day, even though the team can call it a win, they feel betrayed that someone from within their ranks could so easily turn on them. Sure, Warrior Woman was never truly on their side in the first place, but it makes them give pause as they have to be wondering just how well it is that they know each other, each of them coming from different Earths. They do gain a new teammate in Thundra which is a good thing as it was turning out to be something of a boy’s club and the book also features a lot of cameos in Tyndall the elf, Skull the Slayer and Crystar and his Crystal Warriors. Though this story was entertaining and a lot of fun, it will be interesting to see if Robinson goes back to the title’s roots with our heroes out to protect the world at any cost, or if he will go in some different direction. Overall, it was a good story and it was nice to see some underutilized characters, but it was not a story that really seemed to fit the book’s initial theme. 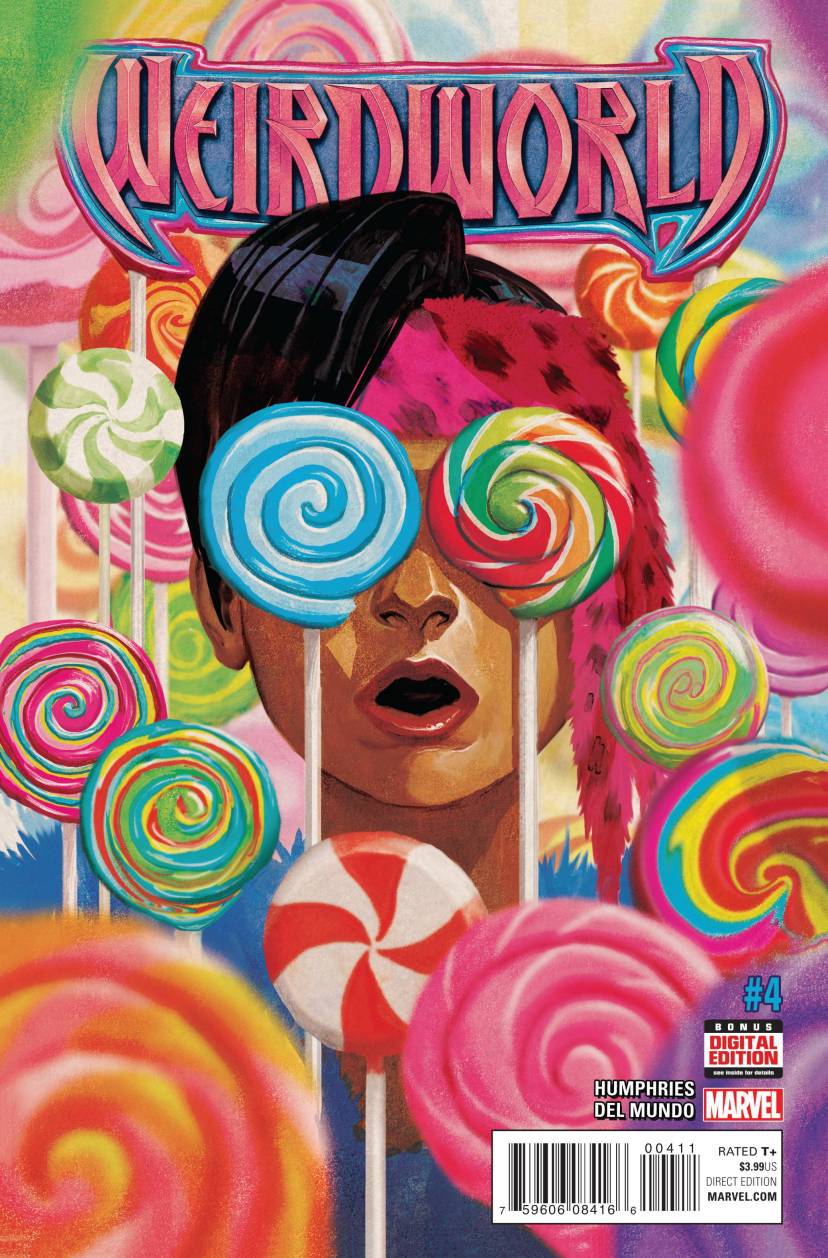 Becca and Goleta have found themselves in a sort of candy-land type of place, one where dreams have a way of becoming truth, but not in a good way. It is purely illusion and though the two companions each has their own – Becca’s involving her mother and Goleta’s a lover, they are personally devastating which helps to shatter the trap they might have found themselves in. From there, they spend a little time in introspection until they are confronted by Skull the Slayer and the next phase of their quest. Sam Humphries continues to take Weirdworld in an exciting new direction and this issue, while light on action, is filled with character and characterization and we get to know a little more about our heroines, what drives them and a little about their pasts. The book is not all about the good guys though as Morgan Le Fey is still up to her usual tricks and riling up the Lava Men for the confrontation that is soon to come. Humphries weaves an interesting story and going along for the ride is Mike Del Mundo who continually provides some of the most exceptional and extremely crazy artwork to ever grace a Marvel book. Never have the Lava Men, Skull the Slayer or any of the familiar characters looked as good as they do here and the landscapes that all of the players find themselves in are some of the most imaginative in all of comicdom. While there was little in the way of moving the main plot forward, the book was still enjoyable and remains one of Marvel’s best books, especially now that it features Ogeode in the form of a flying cat and the book’s comedy relief.