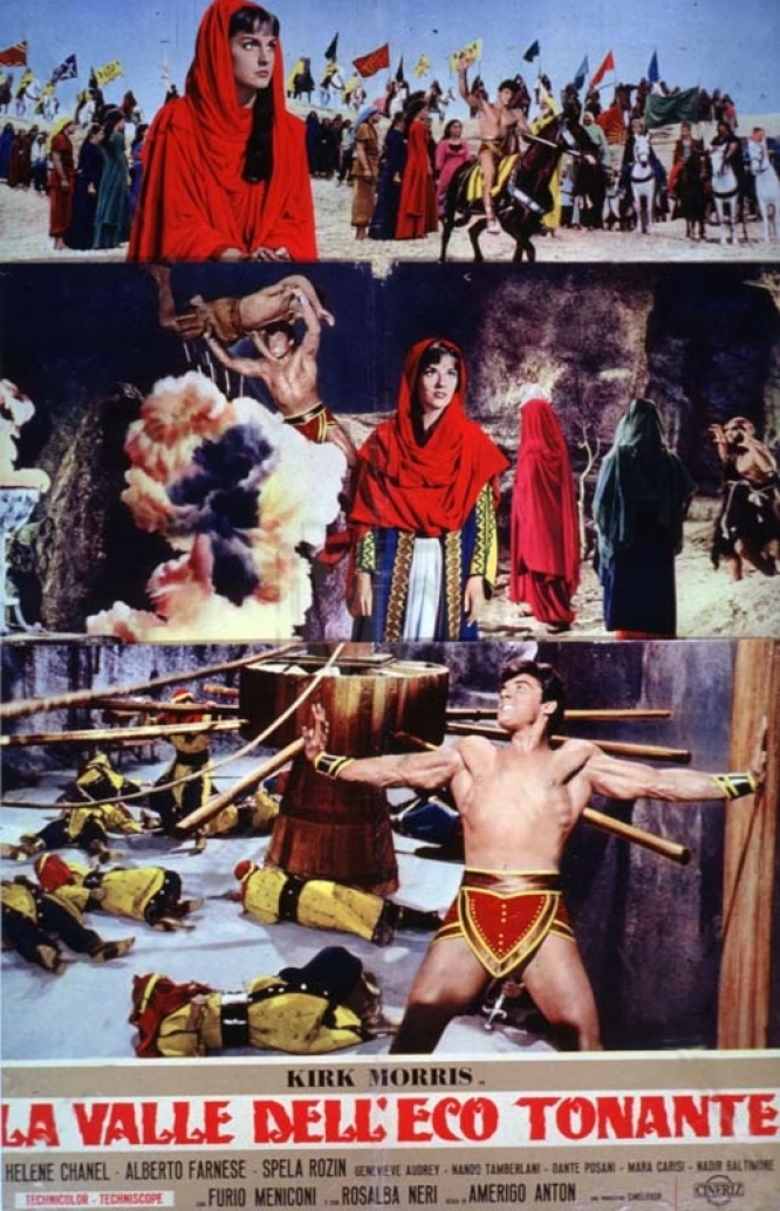 Hercules of the Desert, originally known as La valle dell’eco tonante, is a film that finds our hero answering the prayers of a people who need his aid in claiming a land that was promised to them many years ago. The picture then heads through familiar territory with said people getting into various degrees of trouble with Hercules having to bail them out of it and yet, despite all the familiar tropes to be found within, it still manages to be quite entertaining. 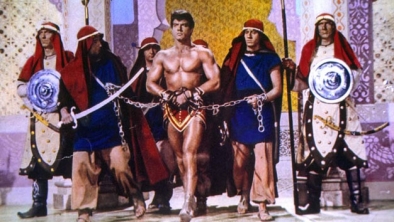 This go round, Hercules is played by Kirk Morris who is not quite as buff as some of the men who have impersonated the character in the past, but he still does a great job of it. There are many instances where Morris is called upon to show off his physique and strength throughout the film and he undoubtedly put many men to shame back in 1964. Picking up boulders and statues and preventing walls from caving in is standard fare and yet, you never really get tired of seeing it in peplums like this one. The only thing that this film really lacked was a mystical element which many other movies featuring Hercules sported. It may not have called for it, but it would have been a little more enjoyable if some strange desert creature were to threaten him or the people he is protecting, though there were a couple of strange cavemen with big ears.

That would also mark the only need for special effects in the film, though it is up to you to judge if Morris was indeed lifting all of those heavy objects.

Aside from the action and adventure present within, there is a bit of suspense and some good intrigue courtesy of the evil queen named Farida. Taking that role on would be Hélène Chanel, a beautiful woman among many in this film and another staple of early Italian, or really, any cinema. Eventually, as in all of these movies, the good guys win out in the end and all of it thanks to Hercules.

There are a couple of moments where the picture is a little dry and perhaps a few minutes could have been trimmed off the running time, but overall, as clichéd as it was, Hercules of the Desert never failed in its quest of escapism. 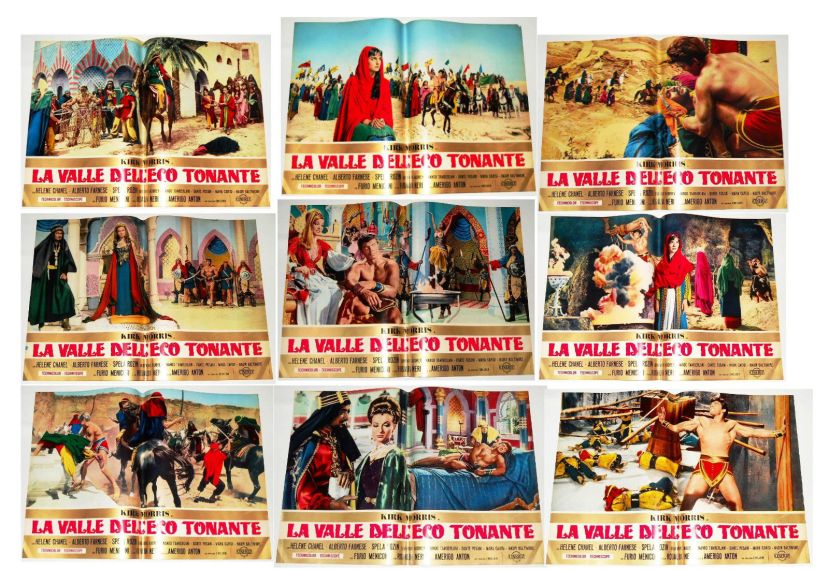