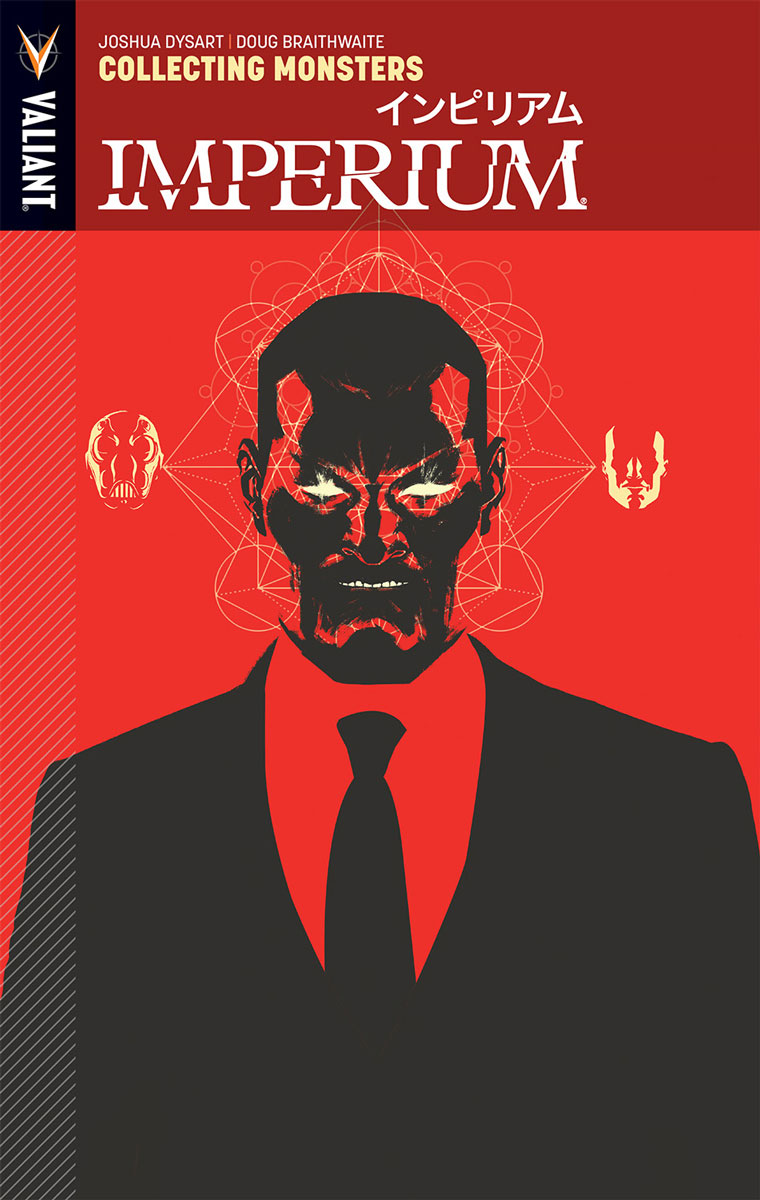 The first volume of Imperium is all about monsters and while it might feature a couple of them prominently and whom you might naturally assume it refers to, the book’s title comes into play as new members of the supporting cast is introduced.  Looking at the cover alone, the book obviously stars Toyo Harada and continuing from where Harbinger Omegas left off, Harada is still looking to make a better world. That is where the monsters come in as he needs men to fight for and under him and if he cannot convince people to do so, he will create them.  But the book is not only about Harada, it is also about Kozol of Project Rising Spirit who is out to stop him and if possible, make a few dollars along the way. Collecting Monsters is a title in the literal sense, for that is what both men are doing in order to further their agendas, personally and professionally with the world at large oblivious to their schemings. 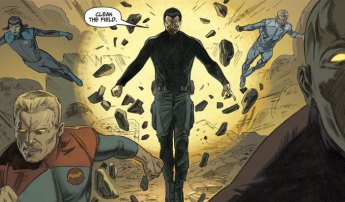 Joshua Dysart, the long-time Harbinger scribe who brought Toyo back to the world has made him a very devious man, though the man has always been as such in every incarnation, yet underneath it all, you tend to see a bit of humanity every now and then. Even so, Harada always tends to do something that proves he is more monster than anything else, both to those around him and to the world. The same can be said of Kozol whose only god is money and he is like the other half of the same coin, only he may be a little more conniving than Harada will ever be. Where Harada ultimately has a purpose, one that he thinks will benefit humanity; Kozol does not and only seeks to benefit himself. The two have come into conflict before and while they do not do so here, you can be sure that they will end up doing so again. 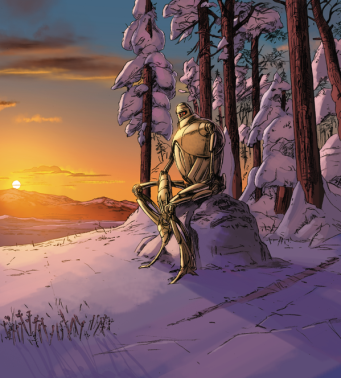 The monsters that come into play are exactly that. With the remnants of his foundation, Harada has managed to keep a Vine seed and as such, has decided to speed up its maturity date so that he might have a soldier unlike any other. He also has a robot, a sentient one called Mech Major though it prefers the name Sunlight on Snow, a being wants to be more than it is, yet Harada refuses it time and again. What is most interesting about the two creatures is that despite the differences between them, they have much in common when it comes to Harada and seeds are planted by Dysart which may see LV-99 and Sunlight on Snow come into conflict with their leader at a future date. Conversely, Kozol has a terrorist who is a part of his H.A.R.D. Corps, a man who will do whatever it takes to get the job done and a man who has proved himself a beast when the times have called for it, as well as a woman named Angela, one of his scientists who has been possessed by an alien presence whose intentions are not completely known as of yet.  Each man has gained warriors of a sort and it should be quite interesting to see where they go from here.

For the most part, the focus of the book is usually upon Harada or Kozol and Dysart not only looks at these two men of stature, but the characters around them as well and slowly but surely, he begins to turn these unknowns into valued cast members. It is doubtful that all of them will make it out alive during all of the upcoming conflicts, but until that happens, you start to care and to wonder just who these people are. It is one of the better things that Dysart manages to do not only in this book, but in all of his books. By exploring the supporting characters,  we also get to know Harada and Kozol better and while the two men might be collecting supposed monsters, you have to know it takes one to know one.

The pencils by Doug Braithwaite are as beautiful as ever and Imperium has turned out to be one of the best-looking books that Valiant has put out in a long time. Combining that with the far-reaching machinations of its star and a truly gripping story, Imperium is off to an exceptional start. 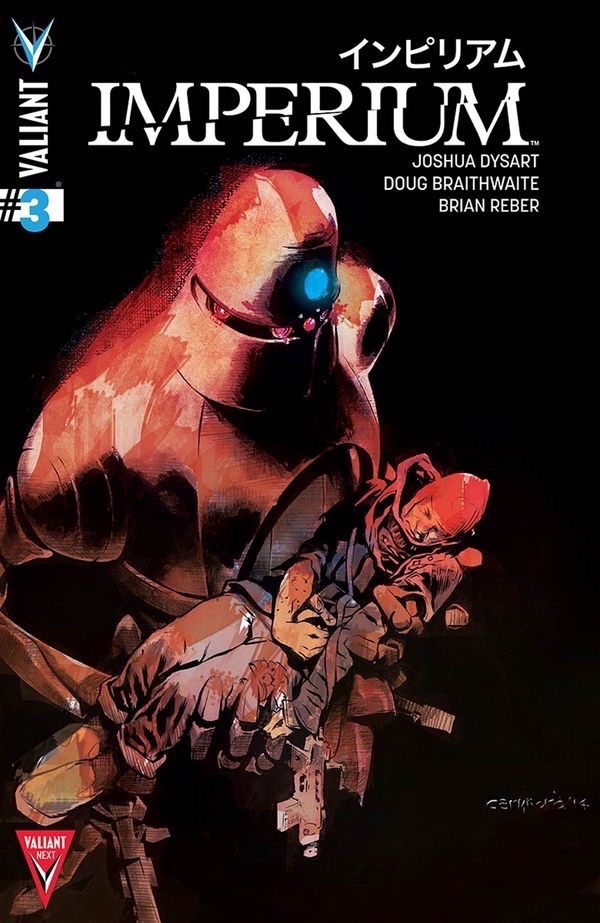