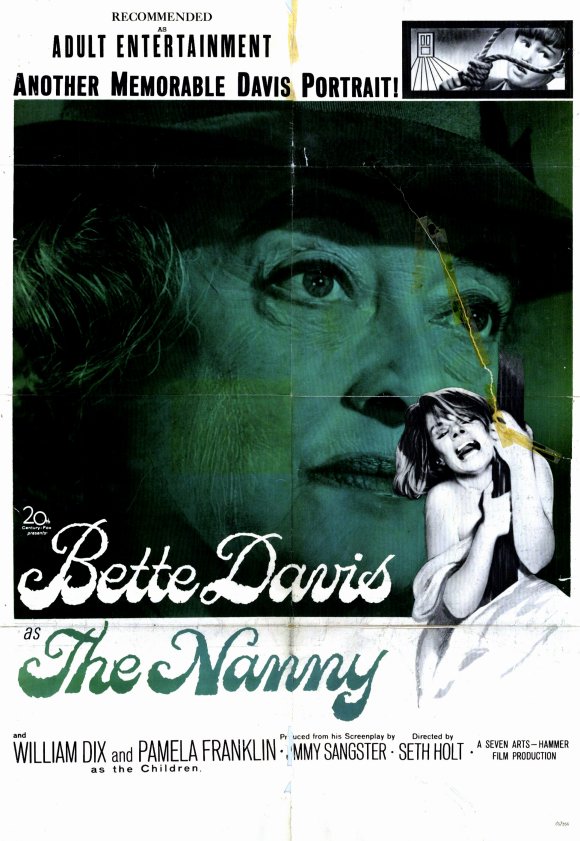 The Nanny from Hammer films is not a horror movie.  It sounds like one, a very ominous one if you were to truly use your imagination, but there is no blood, guts, nudity, monsters or other similar genre staples to be found.  It is a bit of a thriller though and even then, there are not that many thrills to be found until the latter third of the film.  What The Nanny is though is utterly captivating, keeping you spellbound to the exclusion of all else and if you were to watch this film, your schedule had better be cleared.  It is a testament to the writing skills of Jimmy Sangster for creating such a compelling movie and right from the very start, it grabs a hold of you with its very innocent airs, though you also start wondering as well if everything is so innocent  It is called The Nanny for a reason so obviously, something must be up with her.

The waiting is part of what makes this film so successful.  While little happens for much of the film, the suspense subtly builds with every passing moment because you know that something is going to happen, you simply do not know when or what form it will take.  Is Nanny a villain, will she save the day, does someone die?  All questions you will be asking yourself as the film takes its time, setting everything up until all the pieces are in the right place.  Seth Holt does a fine job in directing this film, almost all of it taking place in one apartment.  As the suspense builds towards the end of the film, the walls slowly start to close in.  There is a slight air of claustrophobia about the picture, intentionally done so as the seeds Sangster has planted start to come to fruition in a most devilish way.  The apartment and the family are Nanny’s world, there is nothing outside of it and once you are within it, you essentially belong to her, good or bad. 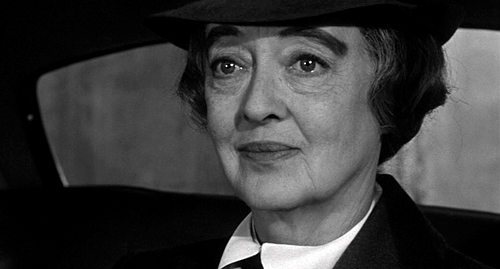 You cannot talk about The Nanny without mentioning Bette Davis, the woman who plays the titular character and without who, may not have done as well as it did.  Davis is fantastic with a very subdued performance in almost what seems to be as a supporting character.  Most of the film focuses on Joey as played by William Dix and his animosity towards Nanny.  Joey hates Nanny with everything that is in him and nobody can understand why.  Everyone thinks Joey is a troublemaker and that he had something to do with his sister’s death.  For most of the film, Joey is a very unlikeable character with Nanny being the picture of everything that is good and nice.  When the truth finally outs, it puts a spin on everything and when the credits finally roll, you find yourself thinking back to earlier events in the movie to see if there was anything you missed that might have told you what was coming.  Though Davis may not be the singular focus of the picture at first, she soon takes over and delivers in one of the better roles of her career.

It can be said that in most Bette Davis movies, you can hardly take your eyes off of her and that is true for this film as well.  She may not have been the beautiful woman that she once was at this point in time, but as she entered the later stages of her career, her capacity and talent for acting never diminished and in fact, only seemed to get stronger.  The Nanny is a perfect example of how you should never write off an older actor or actress.  Davis is perfect and puts the rest of the cast to shame with her skills, though they too did a good job in their respective roles.  There may not have been any horror present, at least in the traditional sense, but there were a few chills to be had and while the film is quite unassuming, it is fraught with suspense and with more than a few surprises in store.