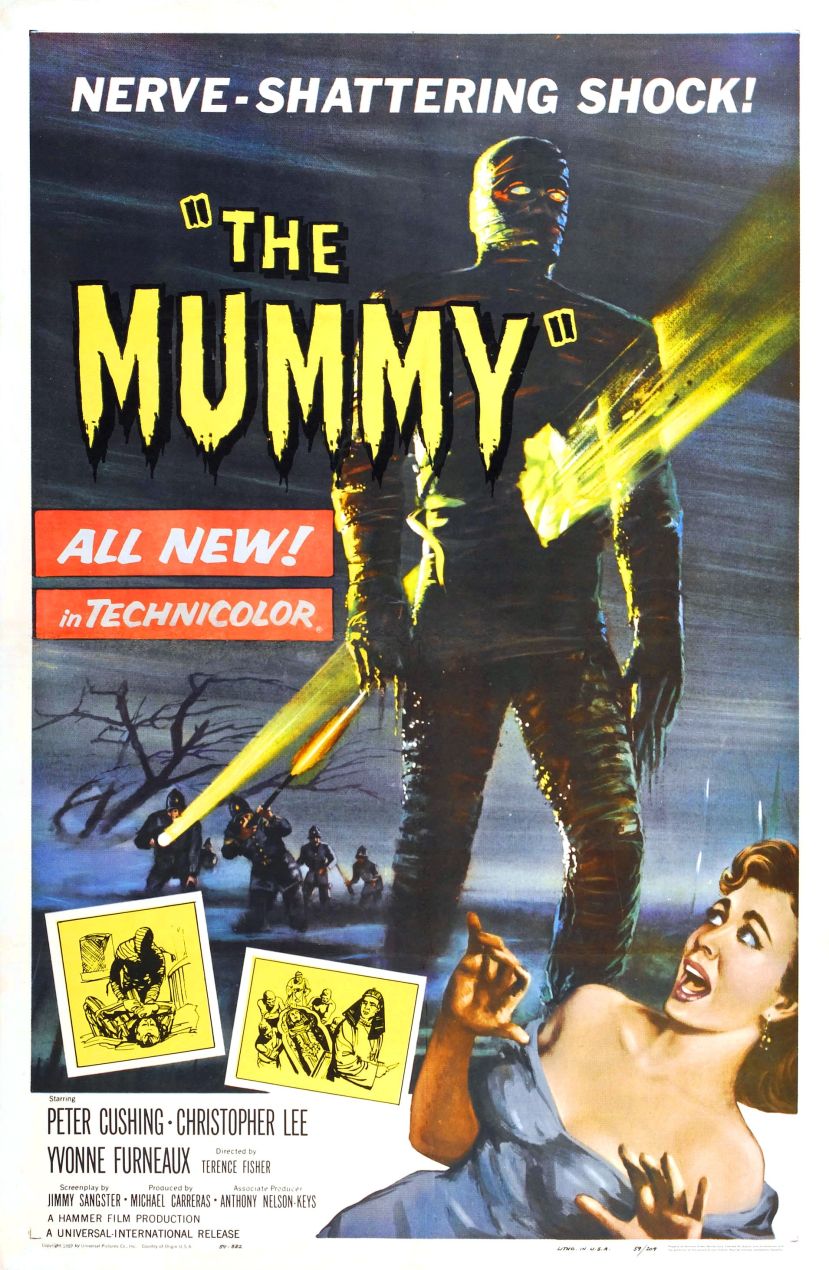 As Hammer started to expand its horror output, much of what it did mirrored what Universal had done twenty to thirty years previous. Universal had a Frankenstein and a Dracula, so too did Hammer. In 1932, Universal would introduce the world to The Mummy and in 1959, Hammer would do the same. The difference between this property and the former two was the source material. Instead of looking to the novels, of which The Mummy had none, Hammer would look towards the films that Universal put out, specifically the sequels, passing over the Karloff vehicle except for some of its most basic traits like betrayal, resurrection, revenge and so forth. There would obviously be none of Universal’s players present, but it would feature Hammer’s key performers in Peter Cushing and Christopher Lee. 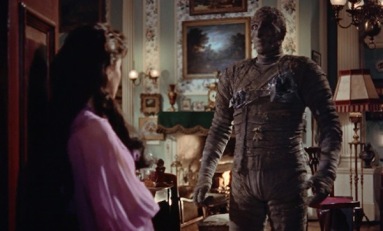 Influences aside, visually the film would look much different than its predecessors, mainly for the fact that it was shot in colour instead of black and white. To go from a palette of blacks, greys and whites to one of much brighter hues was a big difference indeed and by doing as such, Hammer would lose that advantage that the former with its shadows and darkness supplied. It was a good thing then that Hammer had a few hits under its belt and that they were starting to become adept at colourizing those worlds that the monsters would inhabit as proven by Dracula/Horror of Dracula and The Curse of Frankenstein. Another bonus for the film, of which this was but the first in a series, was the involvement of director Terrence Fisher and writer Jimmy Sangster who had also worked on the previously mentioned movies. It is a beautiful film and it sets itself apart from Hammer’s other horror franchises in many ways, the main one being its use of gothic horror, of a love that would last beyond death as personified by Kharis. It would also be deliberately paced, much like the Mummy would walk, and take its time in getting where it needed to go and yet be utterly compelling while it did so. It would add to the mood of the film, one that would see a slow-building tension take place until all the pieces were on the board at the right time and the right place. 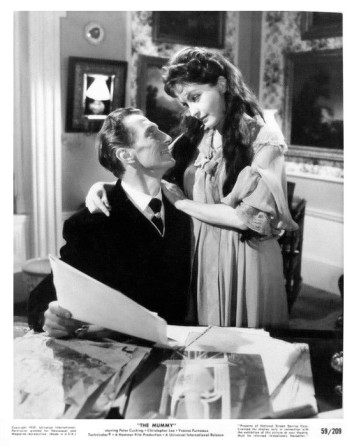 Cushing would star as the hero of the film, John Banning, the man who would love a woman and who for all accounts looked like and could have been the reincarnation of the Princess Ananka. Opposite him as the man and the mummy Kharis would be his frequent collaborator, Christopher Lee. Both men would give their usual polished performances, but it would be Lee who stole the show as the living mummy, a man cursed for millennia for simply wanting to be with the woman he loved. Watching Lee shamble around as the mummy was good, but it was when Fisher would focus upon the man’s eyes and you would see all the pain, the hurt, the anger and the love in them that would make it really special. Yvonne Furneaux would be the woman that would inspire such devotion from Kharis, playing both Ananka as well as Banning’s wife Isobel. Interestingly enough, she would also be the only woman of the film and would therefore standout whenever she was on screen.

As stated, the film would generate sequels and start a franchise for the company, though none would be as good as the first. There is a magic that happens when Cushing, Lee, Fisher and Sangster come together on a film. They are like the four corners of a puzzle, holding it all in place and whenever they did so, you knew that you were in for a treat. The Mummy is like the little brother that nobody talks about when they mention the horror films of Hammer and yet, it is one of their best films. It has quiet eeriness about it, a horror that creeps up with the reveal of the mummy and it is the very best of feelings. Out of every mummy movie produced up until this point, and long after, this one is the very best of the bunch. A solid effort on every front, The Mummy is a monster movie that is a must-see and one of the few outside of Dracula or Frankenstein that can hold its own. 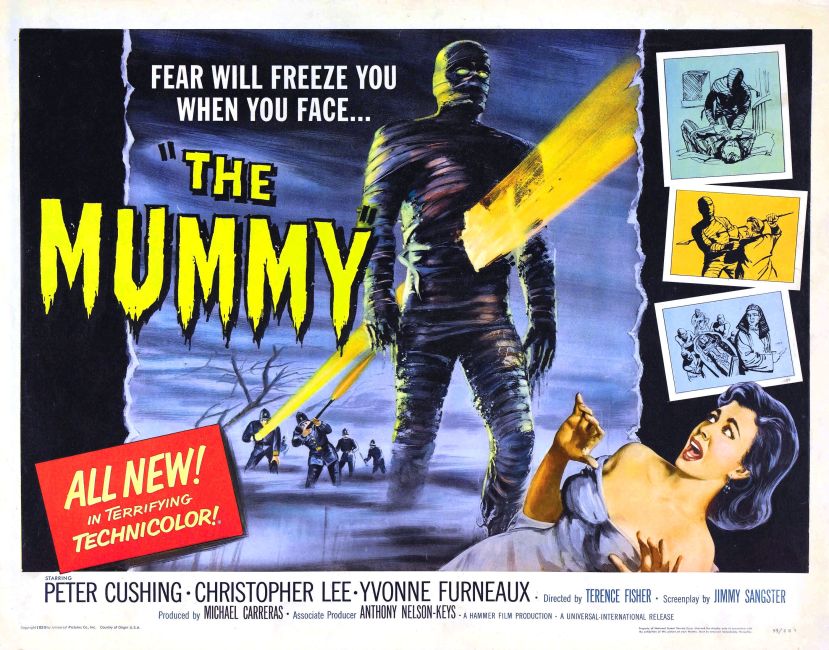