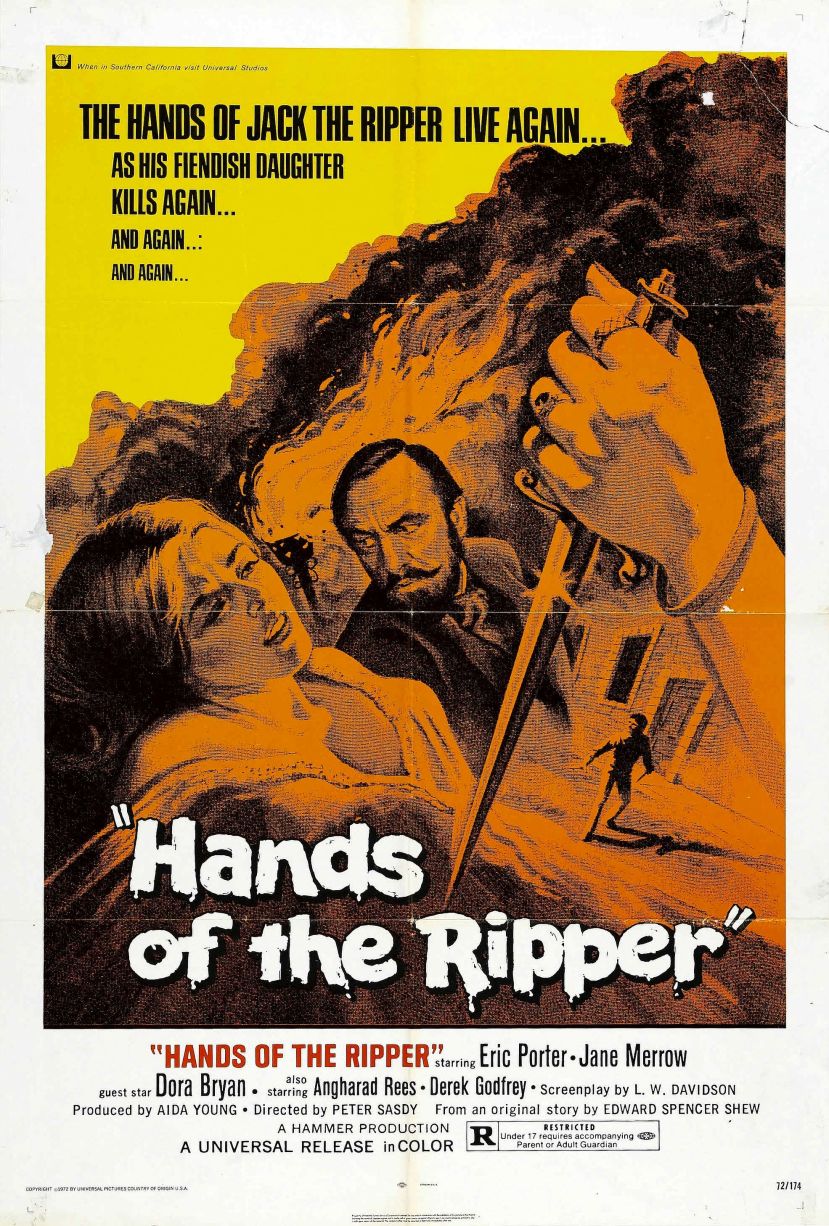 Hands of the Ripper starts out like a really bad made-for-T.V. movie with some questionable editing that immediately makes you wonder what the makers of this film were thinking.  Not an auspicious beginning for any movie but thankfully, it gets a lot better and director Peter Sasdy reins it in with some solid camerawork for the rest of the film.  If you were to judge this movie from its title, you can guess quite accurately that it is a horror picture and that it has to do with Jack the Ripper in some fashion, which of course, it does.  More specifically though, the movie deals with Jack’s daughter Anna, who witnesses him kill her mother and now, fully grown, has more than just a few bats in the belfry. 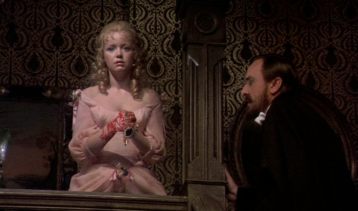 Many films, Hammer’s included, have gone for the straight-up horror retelling of Jack and his gory adventures and Sasdy and the writers of this movie could have gone any number of directions with the material, including making it highly clichéd.  Considering the subject matter, it was good to see that the film ended up being somewhat original with its very disturbing look at a father and the endowment he left his daughter.  There was still a fair amount of blood and there was the killing of at least one prostitute, among other victims – that had to be expected, but overall, the picture turned out to be a nice balance between being a horror, a mystery and a psychological thriller.  There are moments in the film that will make you pause, whether in anticipation or in shock, but as a whole, it is not so much frightening as it is fascinating. 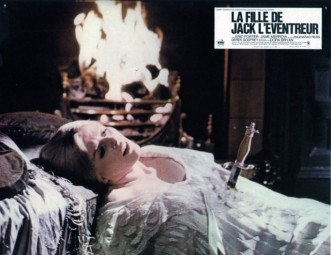 The movie is enthralling and captivating for a few reasons, chiefly because if Jack the Ripper did have a daughter as this movie portrays, you have to wonder that if she were actually real, would she have turned out the same as Anna here?  If Anna had not seen the murder of her mother at such a young age, would events play out the same as they do or would a different course have been taken in her life?  There is no doubt that tragic event had a traumatic effect on the girl and as you watch Angharad Rees play the young Anna, you find yourself compelled to watch, not only because of the questions you might be asking yourself but due to her exceptional performance.  Rees plays the wounded bird perfectly and when you look in her eyes, you believe that she is damaged, that not everything is there or working in proper order. 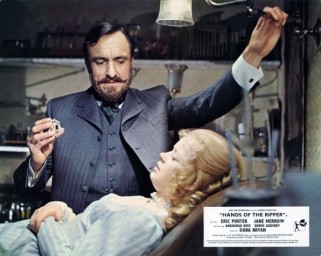 Eric Porter stars as Dr. John Pritchard, the man who has tasked himself with saving Anna.  The man tries his best and for his trouble, he gets himself killed though not before he manages to claim a little redemption for the part he played in all of the deaths that took place.  In the end, that is what the whole film was ultimately about.  You could say legacy, though that would be a stretch, but more than anything, it was atonement and redemption and specifically, the redemption and saving of Anna and her what might be left of her soul.  Dr. Pritchard knows that Anna is not responsible for her actions and that if given enough time he can heal her, but soon, as the bodies pile up, he realizes that it may just be too great a task and that the only saving of her can be in death.  That realization may come a bit too late, but as a last act, redemption came for them both.

Like all things, horror is subjective and some may only watch this film for the blood and guts that appear within, but the real horror, for those who want to look just a little deeper, was the tragedy that was done to Anna, a girl who could not fend for herself and who was permanently marred for the rest of her life.  There are all kinds of horror and Hands of the Ripper was a good enough film that it featured more than one kind and thus elevated itself from being just another slasher.