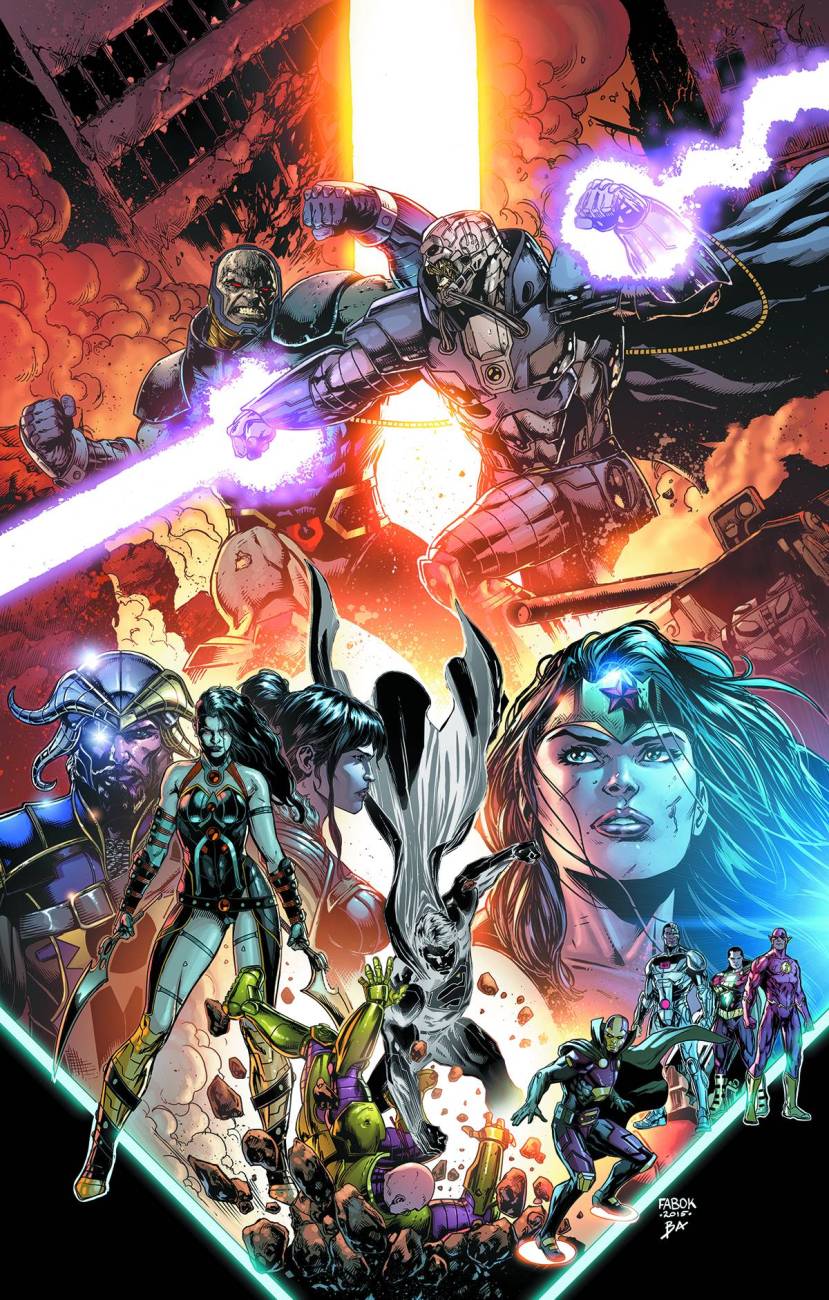 This is the big one.  The Anti-Monitor faces off against Darkseid with the fate of everything hanging in the balance.  It really does not matter who wins because whatever the outcome, everyone loses.  While the titans battle, the League has to contend with Kalibak, Parademons and Grail and all of it may just be too much to handle for the team.  Back on Apokolips, Superman has almost been seeminly reborn in its fires to which Luthor realizes was now a big mistake and on Qward, Batman and Green Lantern discover the secret behind the Anti-Monitor.  The story, framed by Wonder Woman’s narration, is exciting and action-packed to say the least.  There is a sense of urgency to the issue, and you know that Geoff Johns is building up to something with each turn of the page.  Tensions are high among the cast in each of the ongoing plot threads and as the battle between the the two giants heats up, the Black Racer is called into play and when one summons Death, there can only be one outcome.  The ending of the book is quite shocking, not because of what happens specifically, but of who it happens to.  Not only was the ending a bit of a surprise, but so were the events leading up to it and the reveals that were made.  If Johns was looking to surprise readers, then he accomplished that very fact and did so quite admirably.  The book would not be complete without the incredible pencils of Jason Fabok who just seems to get better and better all the time.  His depictions of our heroes are spot on and you can see the frustration in their faces as they watch the ongoing theatrics.  Batman is portrayed as the god he has become but when he and Green Lantern discover the Anti-Monitor’s secret, you can see the shock and the fear that comes with that reveal.  Perhaps the best scene in the entire book is the two-page spread with the Black Racer as he possesses the Flash and is then commanded to take a life.  It is beautiful in one respect, the rendering of it, and jaw-dropping in another due to its outcome.  Johns and Fabok are playing for keeps with this storyline and it is perhaps the most electrifying story happening at DC right now.  This is definitely a book that will get people talking. 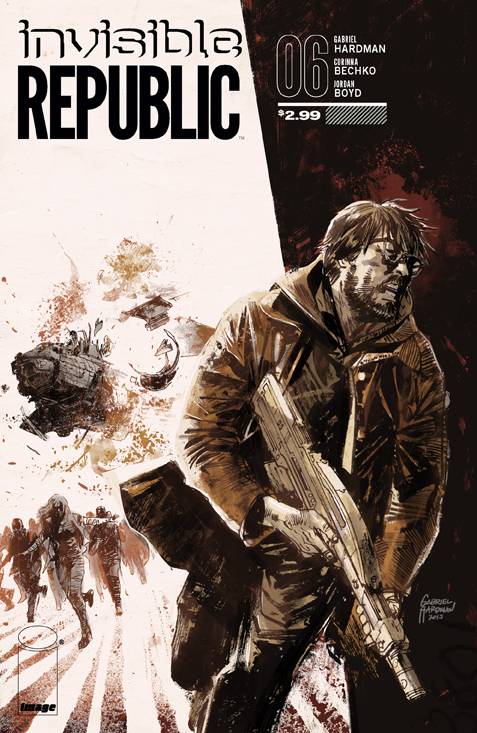 Kroger Babb and his new partner, whether he likes it or not, Fran are being taken to supposedly meet Maia Reveron, the author of the journal he found and the cousin of Arthur McBride.  It could end up going one of two ways – one being really good and ending up as the scoop he needs to make his story the biggest one of his career or really bad with any number of outcomes.  To say that the meeting with Maia was everything that he expected would be fairly accurate as Kroger never imagined it would be with open arms, but it does end with a bit of a surprise and that in itself, could be a game-changer.  Gabriel Hardman and Corinna Beckho continue to spin a wonderful tale of a fallen republic that is on its last legs.  It is wonderful for the fact that it is exceptionally written and drawn and it never fails to entertain.  It is a little sad to see that the once powerful planet has fallen onto hard times and without a proper leader to guide it, it almost seems to be falling apart at the seams.  Again, as with former issues, we are shown events of the past which directly tie-in to what is going on in the present and together, it paints a picture that shows that certain events may be doomed to repeat themselves, if not at least be influenced by them.  Maia is a very intriguing character and as she evolves, so too does your opinion of her.  Where you think she might be one thing, she soon becomes another and it gives the book an air of mystery that keeps you on the edge of your seat, never really knowing what is going to happen next.  One thing that you do know is that when you get to that last page, you cannot wait to get that next issue and because of that, the creative team should congratulate themselves on a job well done.