Raze is an action film about women forced to fight against their will in an arena for the privileged few and should they disobey, their loved ones who are under observation will be killed. That one line literally sums up the entire premise of the movie in one shot which can be a good thing once in a while and a bad thing during others. Here, it is simply middle of the road. Raze is not a terrible picture, but then it is not really a great picture either. It is heavily clichéd and you have probably seen this film many times before under many different names. The good thing about the film though is that it is entertaining and you will not find yourself bored by it despite the overly familiar tones that it gives off.

The real saving grace of the film are the actors who do a great job of raising the material up and making it more than what it would have been otherwise. Zoë Bell is the lead actress and for a film about underground fighting, they could not have gone with a better choice. Her character Sabrina is smart, tough and Bell brings that across in her portrayal. Known just as much for stunt work as she is for acting, it lends a little more credibility to the role that Bell could be this tough as nails woman who would do anything not to see her daughter taken from her. The fascinating thing with her character is that in the film, she has never even met the child, having given her up for adoption many years ago. Essentially she is just fighting to save the life of an innocent as the girl could literally be anybody and while she might be taking lives in the ring, there is something admirable for her doing it.

There are a couple of other notable roles, namely of the captors played by Doug Jones and Sherilyn Fenn. There are also a couple of cameos, one by Rachel Nichols in the beginning and Rosario Dawson towards the middle of the film. While it was nice to see them pop up, they really added little to the film when all was said and done. Some classify this as a horror film and while some of the actions portrayed were horrible, it is nothing we have not seen in any other action film out there, whether it be something along the same lines material-wise or not.  Though the ending was completely predictable, director Josh C. Waller leaves the film open for a sequel and while the entire picture was a paint by numbers game, it was enjoyable enough that watching a sequel would not be a bad thing. 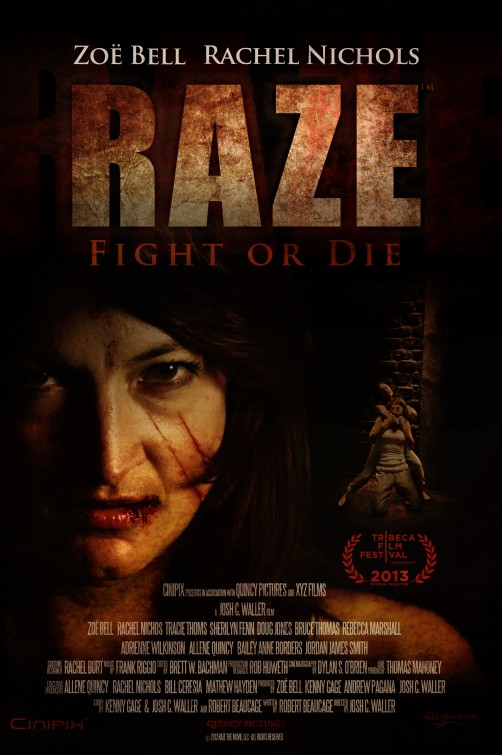