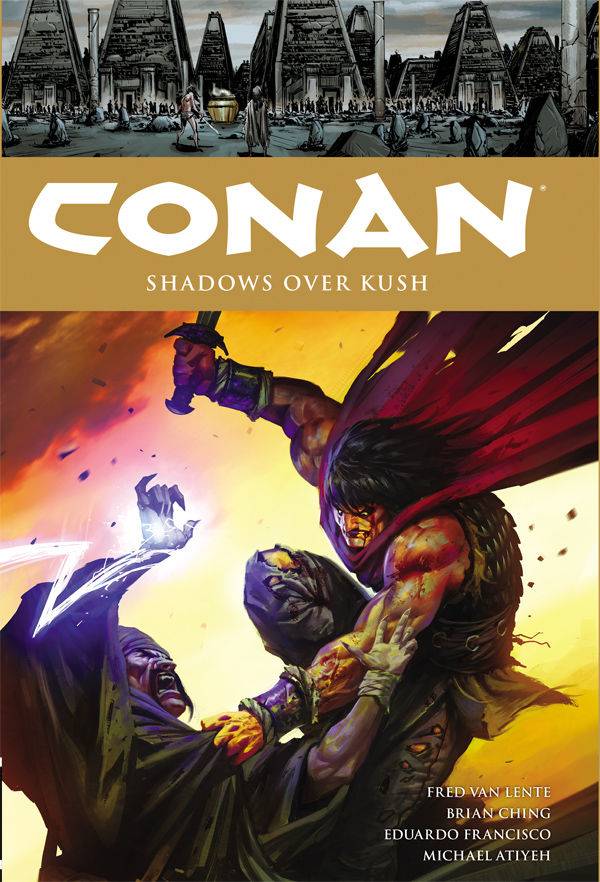 For a moment, when Conan was just a young adventurer, he would meet and fall in love with the pirate queen Bêlit. Chronicled by Brian Wood and a bevy of artists, Conan would have some of the greatest adventures of his young life. This tome collects the first six issues of Conan the Avenger and finds our hero in the time immediately following the death of the woman he loved above all else. Written by Fred Van Lente and drawn by artist Brian Ching, it is a tale filled with all the hallmarks of a great Conan story, those things you associate with the character more than any other and they manage to tell one exciting and compelling tale.

The story begins with our hero down in the dumps. Conan is more depressed than he has ever been before and all of it over the loss of Bêlit. To make things just a little worse, he sees her ghost wherever he goes and while he is glad of it, it does make moving on extremely hard. It is not too soon then that he gets drunk, loses his belongings, gets accused of being a witch and not long after that, becomes captain of the royal guard. Though things are starting to look up, not all is as good as the gold he gets for the job and soon Conan will find himself in the middle of chaos and it is here that Amra who has made a return of late, will test his mettle against evil both of men and magic. 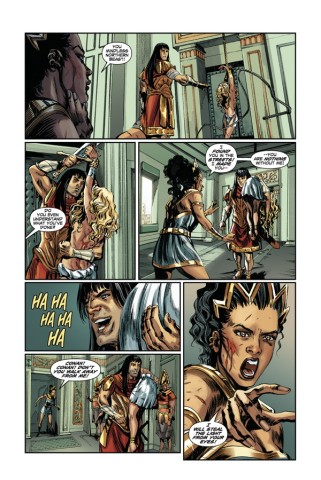 When you read a Conan book, there are certain things you expect to see and Van Lente has checked every box to bring us a most engaging story. There are ghosts and witches, an evil queen, a beautiful slave, a terrifying beast and a witch-hunter as well. There is an evil sorcerer named Thuthmes that wishes to rule and will do anything to make it so while standing opposite him is Conan, a man that just wants to earn an honest coin or two without too much trouble. Van Lente gives Conan all the trouble he can handle though and more, and to add just a bit of icing on the cake, a ton of action that really keeps the pace of the story going strong. This is one Conan tale that is not only entertaining but also quite a bit of fun and after all the heavy drama that took place in the last title; it was nice to see things lighten up just a bit.

Another departure from the last series was the lack of characterization and that is not to say that there was not any in the book, there was and Van Lente really understands our hero, but he also understands that sometimes you just need to give the audience a good, old-fashioned pulp adventure to satiate those particular cravings. Brian Wood’s Conan was all about seeing what made Conan and Bêlit tick, how she affected him and turned him into a man from the boy who pretended to be so. There was more characterization in those issues than any in all of Conan’s history and while they were quite excellent and gave us a Conan we had never seen before, it would have been nice to see Conan get back to the meat and potatoes of what made him so great in the first place once in a while and that is what Van Lente has done here. He still explores our hero’s character, especially in how he deals with Bêlit’s death and he does a great job of it and there are moments in the book where we get glimpses of the young man he used to be compared to who he is now. You feel bad for Conan and you can understand why the world interests him very little at this point but thankfully someone stole his boots, because in that act, Conan was brought back to the land of the living and would go on to have many more great adventures of which this was one.

There is some really great artwork from Brian Ching as well as a slew of inkers and colourists and Conan’s fresh start is exactly that, full of energy and a real vibrancy to boot. If future volumes of this book are as full of action and drama as this one is, then Conan looks to be in good hands and we as readers have something to look forward too. 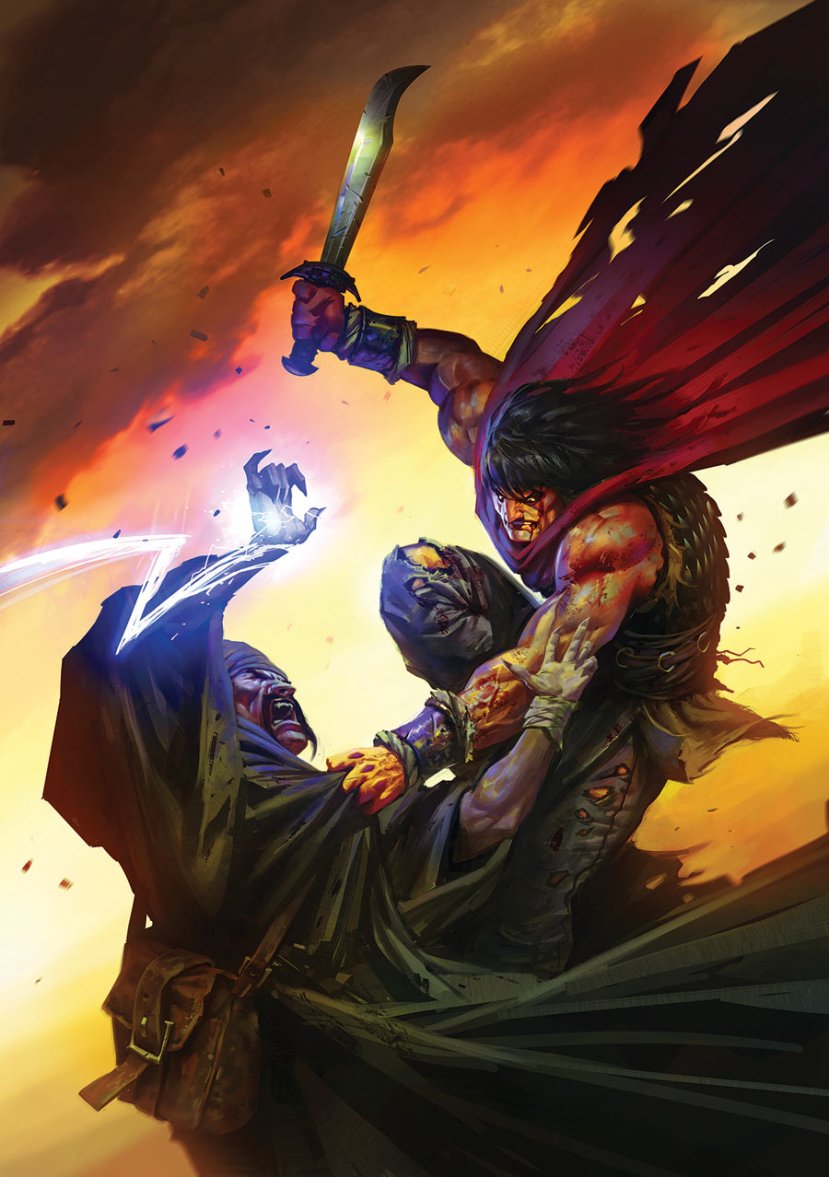