The book opens with Joshua Williamson and Andrei Bressan giving us another look back at Mikey’s time in Terrenos which coincidentally coincides with what is happening in the present with Mikey and the Diviner. The Diviner wants to separate Mikey from the evil of Lore that infects him. But Mikey, for whatever reason does not want to be so and he will do whatever it takes to prevent it. There is action and mystery aplenty thanks to Bressan and Williamson and the book never lets the pace down for a moment. The ongoing intrigue that is the grown-up Mikey in the present day continues and the creators of the book keep you guessing as to just when it is that they will reveal all that they have to about Lore and Mikey. There are endless questions raised with every issue that passes and Williamson is a master at making us want them but so too is he at making us wait for them. Bressan on the other hand, with Adriano Lucas and his wonderful colours to help him out, really make this book stand apart, though it also helps that there are very few fantasy-themed books on the stands at the moment. Even if there were not, Bressan has shown that he can do it all whether the characters are in the midst of action or at rest and he provides just as much characterization as Williamson does with his words. One thing that this book does do is not to fall back on the same old tried and true mythological beasts that everyone tends to use. While unicorns and centaurs and elves and whatnot are great, this book has been filled with new and wonderful characters and species that really make it a pleasure to read. Not only are they fun to see, but the supporting characters in the book are just as good, especially Rya. Even though we know little about her thus far, what we do know is that her fate is entwined with Mikey’s and that soon they are going to come into each others lives once again and to say that it will be interesting is putting it lightly. 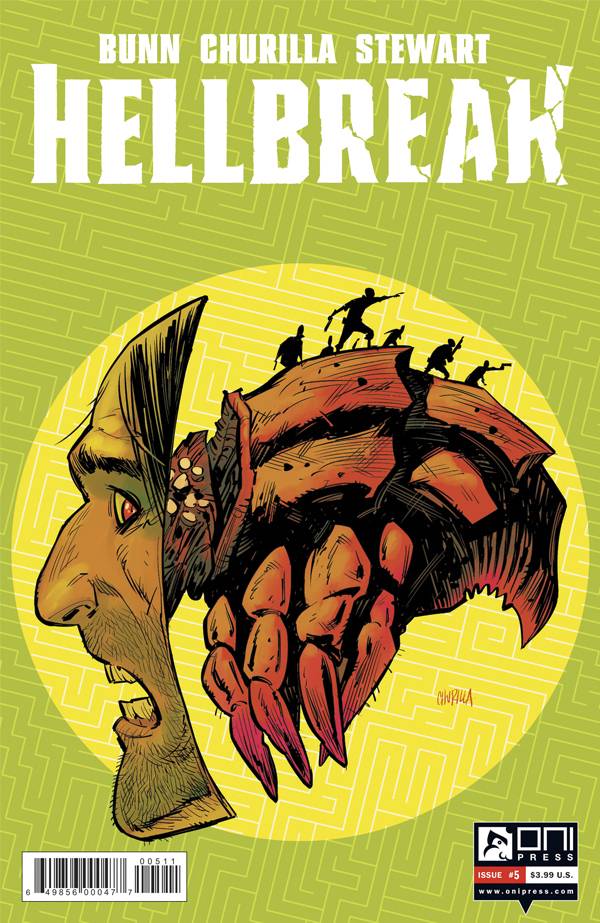 Something strange is going on in Hell and it might have something to do with Kerberos, the company tasked with rescuing souls that do not belong there. Nadia, Joseph and Carlyle can see it right in front of them as the soul they came for is being used to breed monsters. Jenner knows it because he has been told so by a group of resistance-type fighters. Even Dieter and Franklin start to realize something is strange as their breach technology is acting funny but thankfully, when all is said and done, they are able to get it working and get the lot of them out of there though there is one casualty to be had. Cullen Bunn and Brian Churilla raise more questions then they answer and at the moment, it could not be any other way. Reading this first arc was like watching the first movie of a trilogy. It has set everything up perfectly with some good mystery and intrigue and it makes you continually wonder just what it is that the church could be doing in conjunction with Hell, if they are working together that is. So far we know little about Kerberos and the inner workings of the group and it would be fascinating to see some of it at some point, but keeping it a mystery also works and as long as it remains so, it will keep you coming back for more if the monsters and the action do not. The creature designs are fantastic and extremely creepy at times, especially the poor soul who was used as a vessel to birth monsters out of his back. Though it seems strange to think that Churilla’s cartoonish artwork could be termed disturbing, all you have to do is read the book to find out. So far, this new horror title is hitting all the right buttons and it is more than worth picking up.