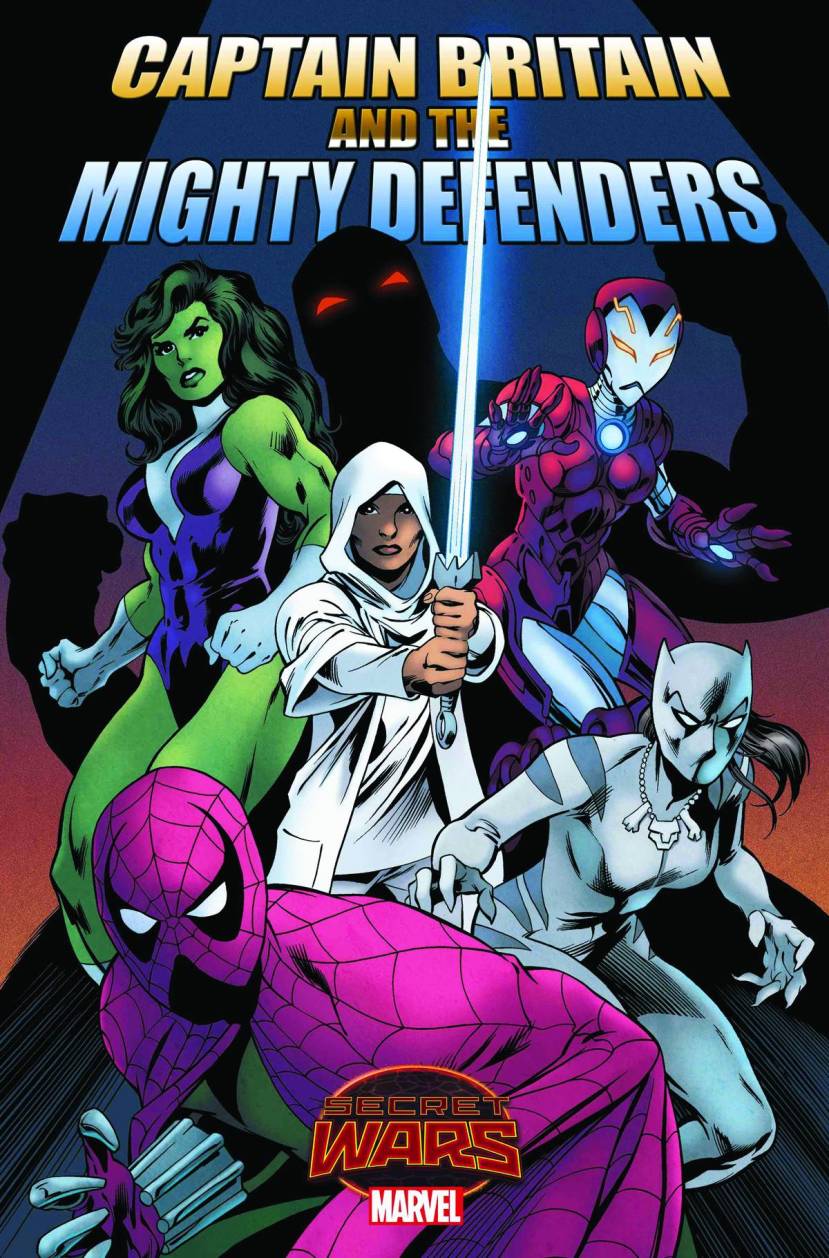 Captain Britain and the Mighty Defenders #1

Al Ewing, along with Alan Davis, continues his Mighty Avengers run here, albeit in a slightly different form as they are now the Mighty Defenders and with them is Captain Britain, though not the one that immediately comes to mind when you think of said hero. The book starts off with a familiar scene, that which took place in that all those years ago and gave us Iron Man, but here, thanks to Secret Wars, it is Tony who dies and Dr. Yinsen who lives. Cut forward to many years later and the world is at peace thanks to the man and his creations. The local Thor, who just so happens to be She-Hulk, is all that is needed to patrol the area as there are no threats to be found in this peaceful domain and in reality, having her there is really unneeded. Something strange is going on in the populace though, as many are having dreams that not all is right in the world of Doom and there is someone knocking at the gates that might be able to help them all put it in perspective. This was a fun issue that features many of the regular players from Ewing’s previous Avengers work, although the new twists in this area of the Battleworld are quite inventive and it is a lot of fun to see the characters all mixed up the way that they are. Another thing that Ewing does is propagate the mystery of the dreams that many seem to be having in the various domains, though they are not really dreams per se, but memories of their former lives and of the worlds that they lived in. When the main series starts to explain what is going on, it should cause a lot of ripples throughout the rest of the books, including this one. As far as introductory issues go, this one works perfectly with just the right blend of background information, character introductions, story and action and it is thoroughly entertaining. The artwork by Davis and Mark Farmer is as good as ever and the book is a thing of beauty in their hands. All in all, Captain Britain and the Mighty Defenders is off to a very solid start and will definitely have you hooked should you decide to pick it up. 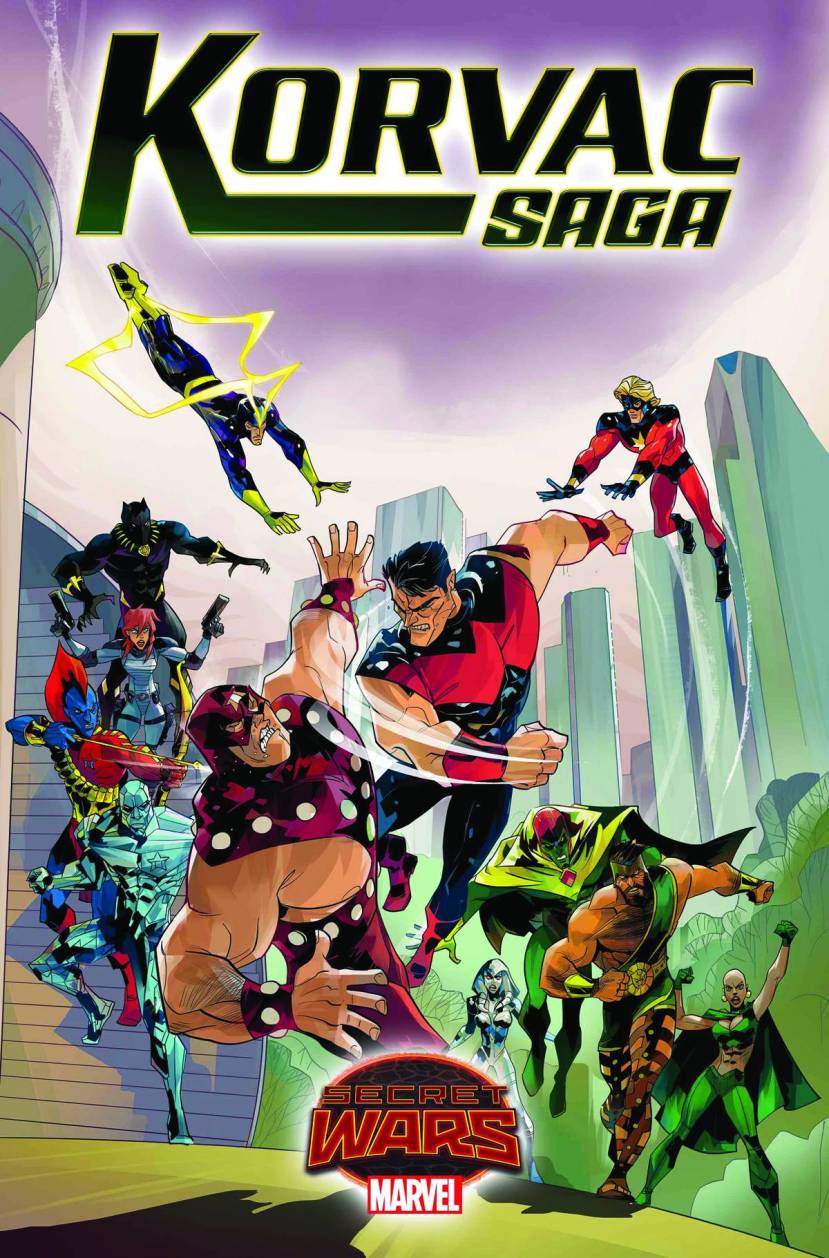 The cracks in Doom’s universe are growing bigger in this book more than most of the Secret Wars titles and it makes you wonder as a reader if this series is one that will end up being more important in the long run than some of the others. There have been many madness spikes of late and with Simon Williams, the baron of Holy Wood visiting their little province, the Guardians must be vigilant in case another makes itself known. The problem is that the Guardians never counted on Michael Korvac’s wife being affected and when she ‘hulks’ out for lack of a better word, it threatens to call off the peace talks between countries. Dan Abnett continues to spin the mystery of these madness spikes with the Avengers now helping out the Guardians whether they asked for it or not. Things are not looking well as people are starting to remember ‘the time before’ and these things that are called stars that used to sit up in the sky. But to do so is heresy against God Doom and if the Guardians fail to contain the problem they risk calling down the Thor Corps to deliver a judgement that none of them want. While it is a little strange to see the Guardians of the Galaxy trapped on Earth instead of wandering the stars, it makes perfect sense for this story and they almost seem like normal heroes as they go about protecting their domain. It is only a matter of time though before God Doom comes down from his lofty throne to start dealing with all the flaws in his giant puzzle of a world and one of those domains is going to be this one where the Guardians reside. While the Avengers are great and all, the Guardians really shine in this series, especially Starhawk as he tries to figure out just what is going wrong with everything. Dan Abnett’s writing is strong and Otto Schmidt’s artwork is energetic and all together, Korvac Saga is shaping up quite nicely.