Dan Slott and Adam Kubert manage to pack the latest issue of Renew Your Vows with a lot of drama, tension and quite a bit of action too. Even D-Man makes an appearance! After the events of last issue, this book finds Regent’s control of New York and its super-powered community absolute and it also sees Annie, the daughter of Peter and Mary Jane tormented by nightmares over what happened with Venom those few years ago. Slott still writes Peter as the almost carefree, happy to be alive-type of guy though things in the man’s life have obviously changed. Peter now has a family he must take care of and more importantly, he must hide his powers and that of his daughter’s lest Regent seek them out and do the unspeakable. Every day is now a battle in Peter’s life and yet, he tries not to let it get him down and it is really good to see that despite everything, the man is still the one that everybody knows and loves. What is a little humourous about this situation, but only slightly, is that Peter and MJ have essentially ended up where he began all those many years ago, with him fighting for every dollar and taking pictures for J. Jonah Jameson once again. Of course, things do not remain idyllic, or at least as much as Peter can make it as forces in the universe always tend to conspire against him and soon he is on Regent’s radar, being forced to use his powers. The ending of the book promises some good action next issue and it will be interesting to see just how it all pans out. Working with Slott is Adam Kubert and it is always good to see him on a book. Hopefully when the big Marvel reboot starts up in the fall, the man gets an ongoing gig as his pencils are always tight and remain some of the best in the business to this day. For those who have longed to see Peter married once again, Renew Your Vows is the book for you. 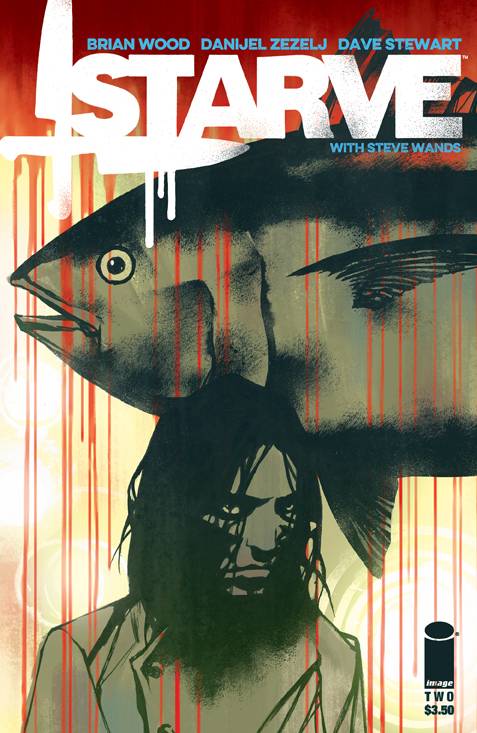 Gavin Cruikshank has seemingly returned from the dead, at least as close as anyone in popular media can be, to try and reclaim the kingdom he left behind which has become bigger than anything he ever dreamed of. To do so, he has to participate on his own show and he must win, to come out on top no matter what it takes. The problem is, there are those that have it in for him and do not want to succeed like his old friend Roman who now runs the show and is trying to make the tasks as impossible as they can be. Gavin will not be bowed though and luckily, he still has a few pals that he can call on to help him out on his way. The artwork for this book by Danijel Zezelj and Dave Stewart is perfect in more ways than one. This story might be about chefs competing for a prize, but it is also the tale of one man’s quest to get what is rightfully his back and it is gritty, more than you might think with the intrigue and the backdoor dealings. Zezelj brings all of that to the forefront and it is both moody and atmospheric and makes Brian Wood’s story utterly captivating. With this issue’s challenge that Gavin must accomplish, it also showcases just a little more of the science-fiction aspects of the story, specifically the setting and the world that everyone inhabits now. Going forward, it would be nice to see some more of this new world amongst the trials and tribulations that will continue to assault Gavin in future issues. So far, Starve is shaping up to be one very excellent book.