Often cited as the last great musical, which is really just a matter of opinion for there were musicals to follow after this, it was perhaps more accurately the last big one to be made before the studios realized that the audience for them was bleeding away to other genres as well as the burgeoning world of television. At the time of its release, It’s Always Fair Weather was not a winner to say the least. It did all right commercially and a little better critically, but it failed to pull in the audience that musicals of even a year or two earlier had done. As such, while it was not the last musical ever made, it played a significant part in the history of the genre and in conjunction with that, was also the last pairing of Gene Kelly and Stanely Donen. 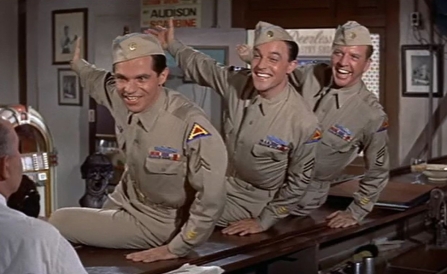 A big difference in this film to say, compared to Singin’ in the Rain which was also directed by the pair, or even any other musical, was how downcast it felt. It starts off on a bright note, of three friends coming out of the army and vowing to meet up ten years later no matter what the fates might bring their way. As luck would have it, the three of them remember and yet after meeting up, they realize that none of them really likes the other and that whether it was life or simply the war at the time, they are completely different people now. The three men, Ted, Doug and Angie cannot even stand to be in the same room together and they soon come to think that this whole meeting was a mistake and they should have just let sleeping dogs lie. That forlorn and joyless feeling pervades much of the movie, though not completely for you never want to turn your audience away and it is a complete contrast to what the genre normally persists. Sure, there were a few happy moments and by the end, everything wraps up nice and friendly, it is a musical after all, but the getting there was quite different than what an audience would normally see in a film such as this.

Starring Gene Kelly, Cyd Charisse, Dan Dailey and Michael Kidd, the movie would feature all of them in quite a few musical numbers, most of them quite genius. The songs were not as memorable as other films but the dancing was just as good, if not better and very innovative. The number where they dance with trash-can lids on their feet was spectacular as was the moment where Kelly dances on roller skates. I Like Myself sung by Kelly is probably the best song of the film though Baby You Knock Me Out sung by Charisse and a whole gang of boxers is a close second. Watching the outtakes of the film, if you are able to do so, you will find three other musical numbers that were excised from the film, which some say were due to Kelly’s ego and others budget, and which might have made it just a bit better than it was and as they were already filmed why they could not have been left in seems a little ridiculous all these years later.

Kelly is great of course, the man always was. He could dance, sing and act and you always feel good when watching a film with Gene Kelly. The man is eminently likeable, or at least his film personas are. Charisse is as beautiful and as talented as ever and Dailey and Kidd are quite funny in their own right and just as talented as Kelly when given a chance to prove so. On screen, the chemistry between everyone, or lack thereof, works beautifully and the film while not the feel-good movie of the year, is quite captivating with it story of lost friendship. Also of note in the film is Dolores Gray as the affable television host who helps to con the trio into appearing on her show. She is completely ridiculous and yet you cannot help but admire the great job she does amongst the company she is keeping.

One other thing this film does which is really quite smart on the part of the writers Betty Comden and Adolph Green, is to jest about television in the picture when at the time, television was making inroads into stealing the audience away from theaters. Why go out during the week when you can stay at home and relax before you go to work the next morning? It was a caricature that worked and it made the film all the better because of it and still holds true even to this day, perhaps even more so than ever before. Was it the last musical, great or no? It was not, but it was a very good musical with great acting, dancing, writing, choreography and directing. There might have been a lot of drama behind the camera as the stories go, but you would never be able to tell when viewing the finished product. It’s Always Fair Weather is a must for fans of not only the genre, but of good films in general. 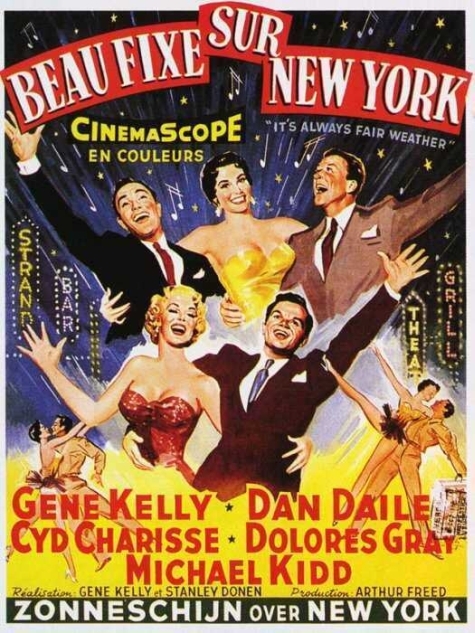 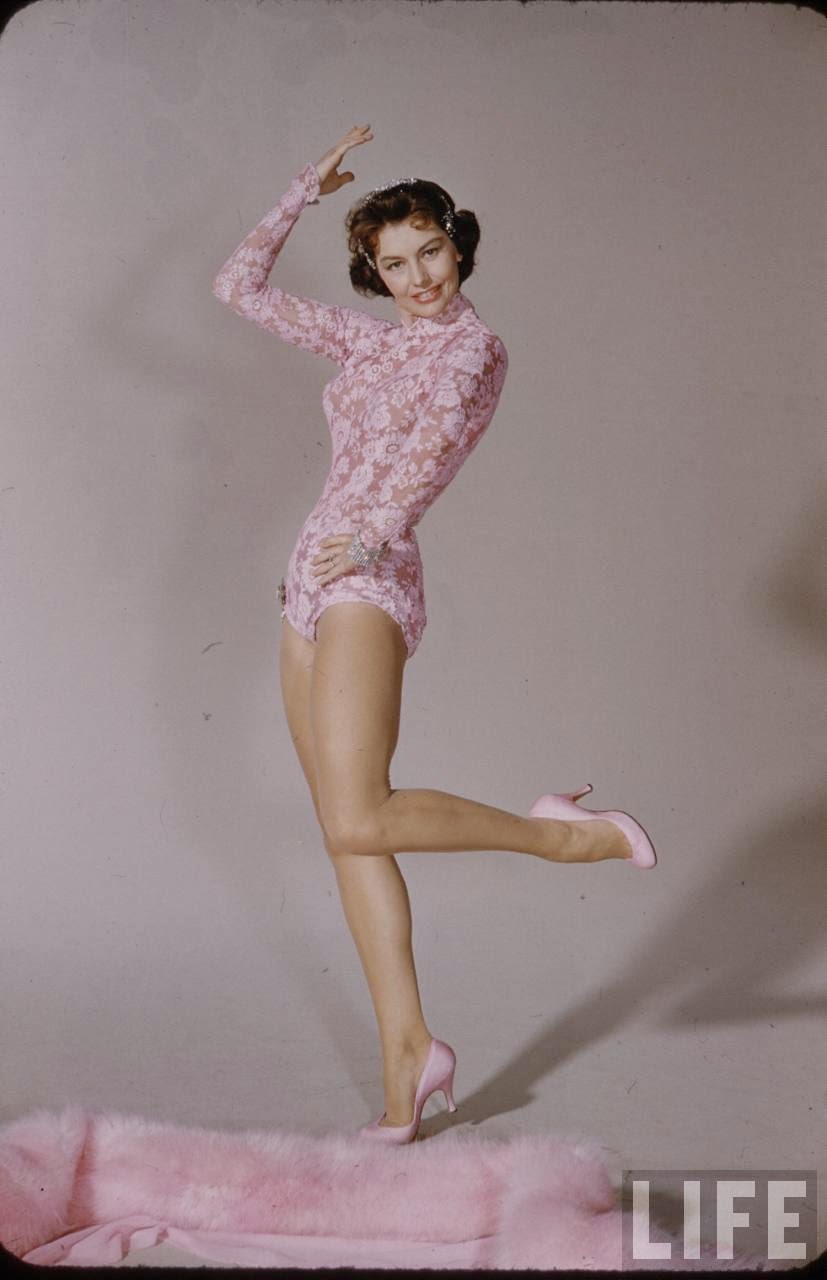 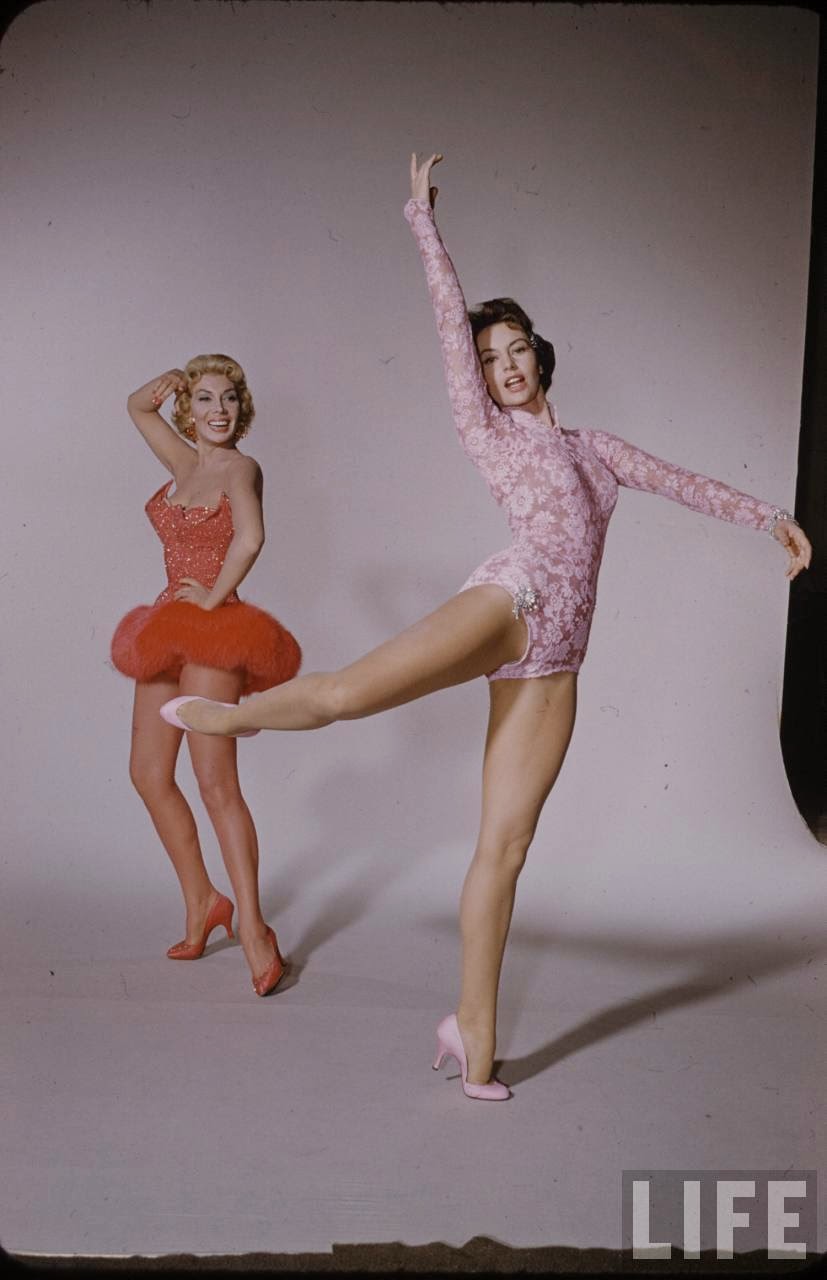