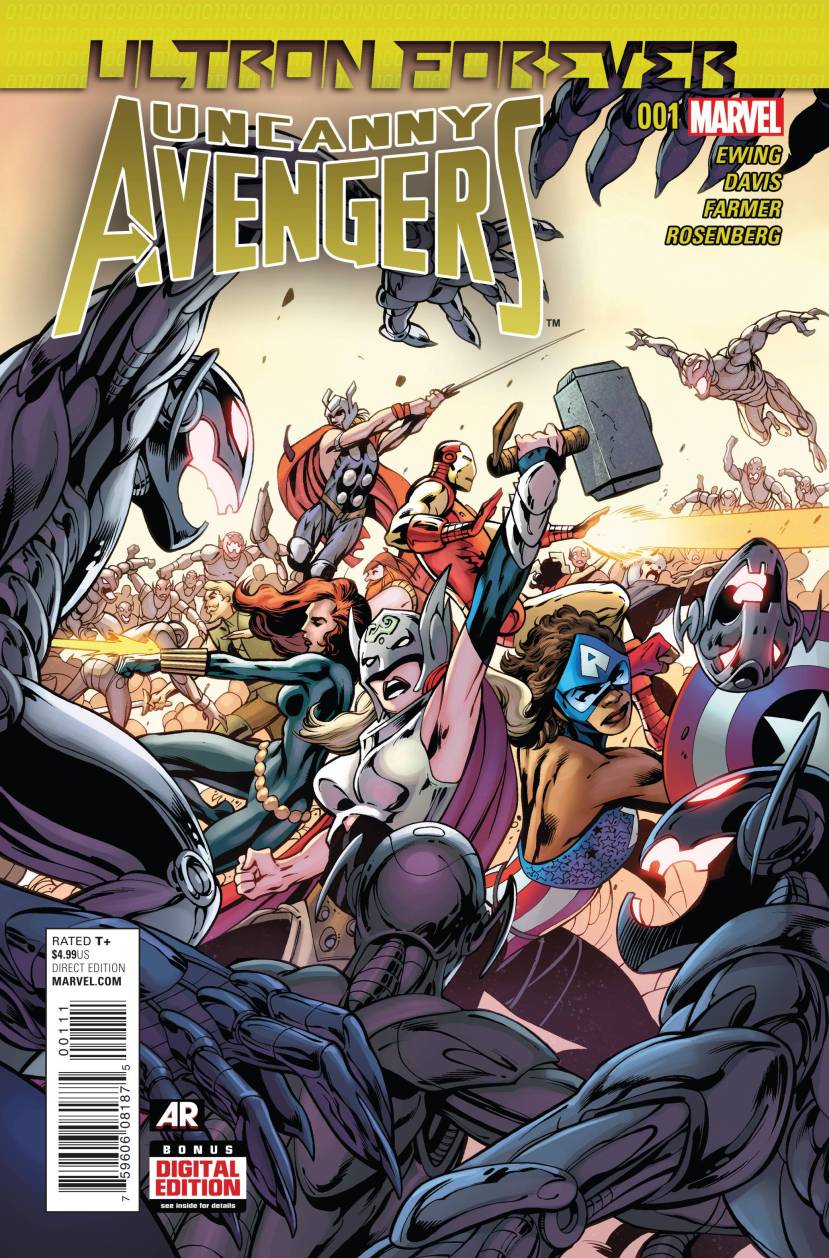 With the final issue of Ultron Forever, the Avengers must face down the combined might of Doom’s armies and they are considerable as they number every living being upon the planet. There is only one refuge left and that is Asgardia and they only have one hope if they are to survive. The only problem is that the gods of Asgardia are trapped in a mirror which saps their strength and if they cannot get loose, then all will be lost. Al Ewing and Alan Davis pull out all the stops for this last chapter and it wraps things up nice and neat while delivering a lot of action, a lot of excitement and even a big surprise which hails back to a recently cancelled Avengers title. Every member of the team gets a moment to shine including future Captain America, Jim Rhodes Iron Man, Hulk, Black Widow, Vision and all three Thors. The star of the whole shebang was the Vision because in the end, this was actually a story that was in part, about him. Alan Davis’ pencils looked fantastic and as slick as ever. If Davis could be convinced to pump out an Avengers title on a monthly basis, that would be a good day indeed. For his part, Al Ewing does a great job on bringing the story home and while it had none of his trademark humour, he does up the action quotient considerably more than the previous two issues and the secret that he reveals is a truly fun one indeed. While it was good seeing most of these characters in their various versions, one that we do not ever need to see again is the fresh-out-of-the-bag Hulk. Of all the Hulks to choose from, this one was strange indeed. Not terrible, just strange. All in all, Ultron Forever was a decent mini-series that would probably read better as a collected edition or at least with all three issues at hand. A good job by all involved and hopefully, the last we see of Ultron for some time to come. 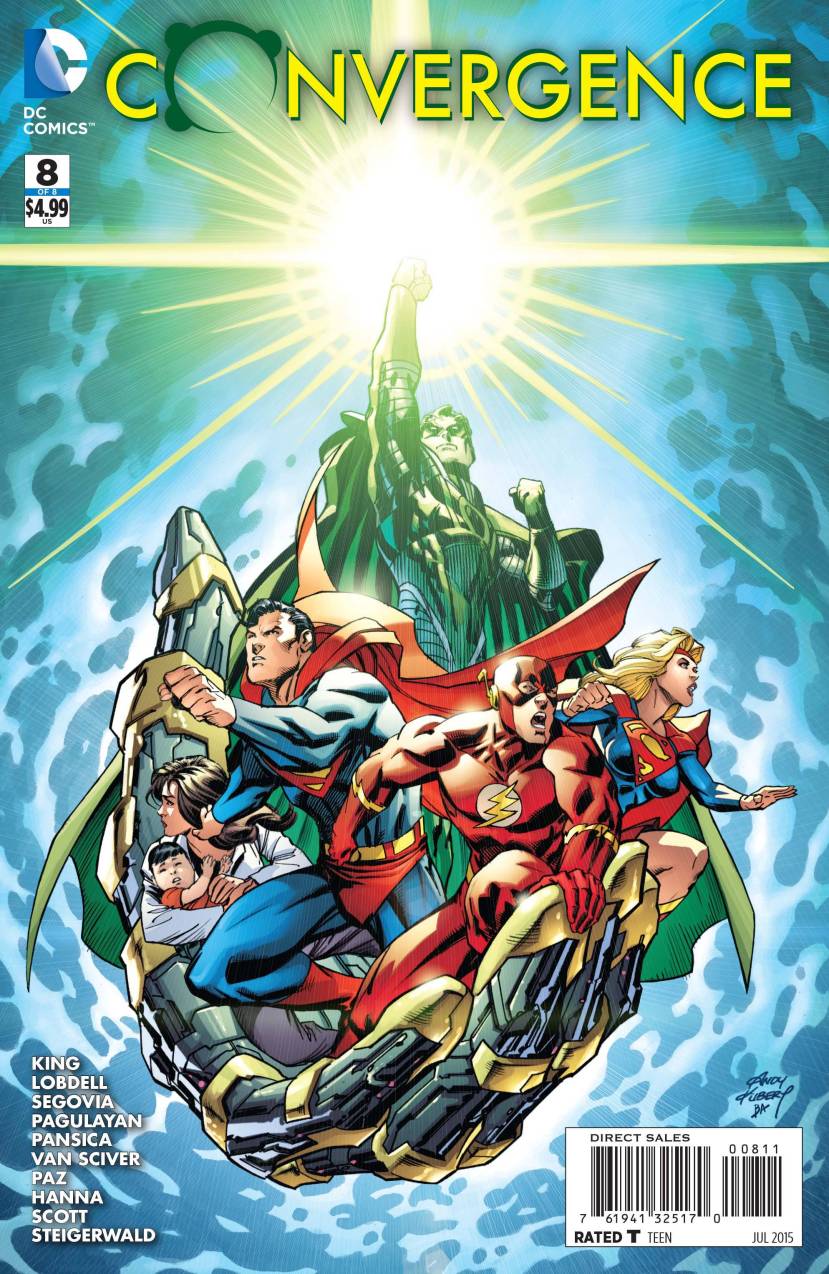 Deimos has been killed by Parallax Hal Jordan and all the stolen energies that he had stored in his body have been released back into the planet and it now threatens to destroy the entire multiverse unless the heroes can find someone to contain them once again. Thanks to Booster Gold, Goldstar and Wave Rider they have found that person in Brainiac, the creature responsible for everything that has happened thus far. When you talk about going out with a bang, this issue is a prime example. At first this series seemed like a stopgap, something to fill up DC Comics schedule while they moved their offices across the country and with this particular issue, they have proven that this series actually matters. The ancillary tie-ins maybe not so much, but this main book does because it changes everything everywhere and it should make things extremely interesting going forward. Literally anything can happen now and it means that writers can now tell any sort of story that they have a mind to and it is going to be both exciting and crazy to see what they come up with. In this book we also find out the fates of the Earth 2 heroes and where they finally end up after all is said and done, and there is also the possibility that we may not have seen the last of Brainiac either. A good, strong ending to a series that overall, was pretty entertaining.