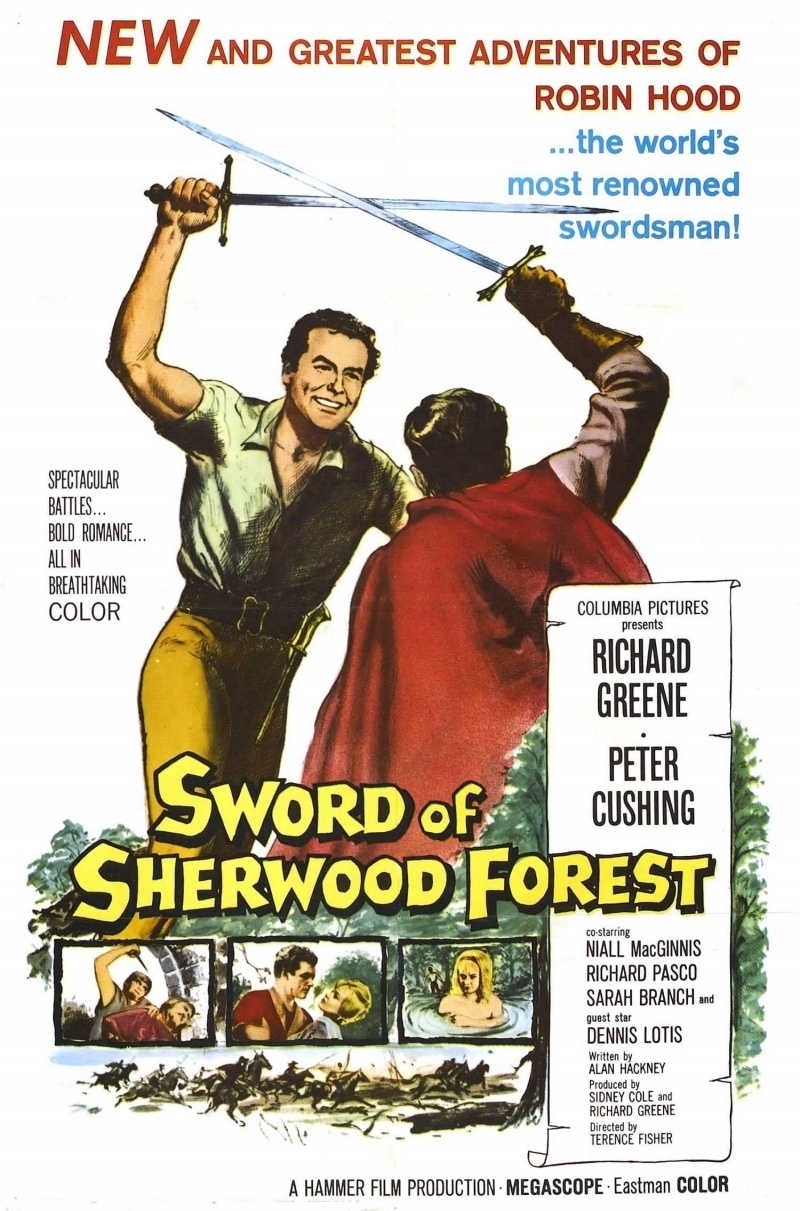 Hammer has always been known as a house of horror. It is the one thing that immediately comes to mind when you think of the studio. Like any movie studio though, Hammer was much more than its horror output and as such, gems such as this one managed to pop up every now and then. Sword of Sherwood Forest, if you cannot guess from its name, is about Robin Hood, his Merry Men and all of the things that go with that particular mythos. It is a very entertaining picture, one that stars Richard Greene, a man who was no stranger to playing Robin Hood having done so for the British television series The Adventures of Robin Hood and of course, Hammer mainstay, Peter Cushing as Sheriff of Nottingham. With these two men on board there was no way that this picture could ever fail. 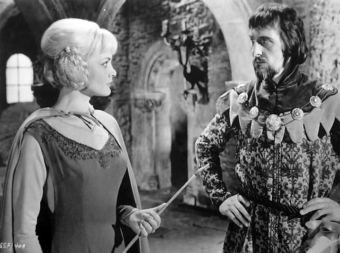 In this particular film, the story is essentially the same as every other Robin Hood film with everyone you know and love present like Little John, Friar Tuck and Maid Marian. There is some light comedy to be had, a lot of drama and of course, quite a bit of action as our hero goes up against the Sheriff of Nottingham so that the side of right might prevail. Perhaps the only fault that can really be found in all of this is that the picture is so formulaic in depicting the legendary hero. It has been brought to the screen numerous times before, most notably by Errol Flynn and many times after with the likes of Kevin Costner and Russell Crowe. Like all of them, it tells what it needs to and rarely goes outside of its borders to deliver anything new. It is still a good picture and it is a lot of fun, but it would have been nice to see something just a little bit different be done with the character.

Richard Greene was excellent in the role, making Robin a little suave and a little cool to go with that roguish charm the character usually possesses. It almost seemed like second nature to the man and after portraying the hero for so many years, it would be easy to see why. If there is one man who can be associated with the character, it would be Greene. There is one thing that really tends to bother you when you watch Robin in action though and it is the fact that he seems clumsy when he draws his arrows. Perhaps they are in a strange spot for him to reach or maybe it is something else, but if he ever had to fire more than one arrow in rapid succession, he more than likely could not do it.

Opposite Greene would be Peter Cushing, the man that could warm your heart by playing the greatest of heroes or chill you to the bone as a villain with evil intent and in this picture it just so happened to be the latter. Cushing could make you love him or hate him and while you want to really dislike the guy here, the film is so enjoyable that you find you cannot do so. Sure, he is pretty bad and he kills or hurts whoever he wants on a whim, and yes that is not a good thing, but you can see Cushing having a grand time in the role and it really heightens your pleasure at watching the film more than you would otherwise. Also in the film is Sarah Branch who plays Maid Marian, Nigel Green as Little John, Niall MacGinnis as Friar Tuck and even a young Oliver Reed if you can spot him as Lord Melton. This may not be the best Robin Hood film to ever make its way into popular culture but veteran Hammer director Terence Fisher gives us a satisfying and delightful film, one that is big and bright and never fails to keep you watching or entertained. Hammer may have been great at producing horror films, but they were also good at making pictures in other genres with Sword of Sherwood Forest being a prime example. 4 out of 5 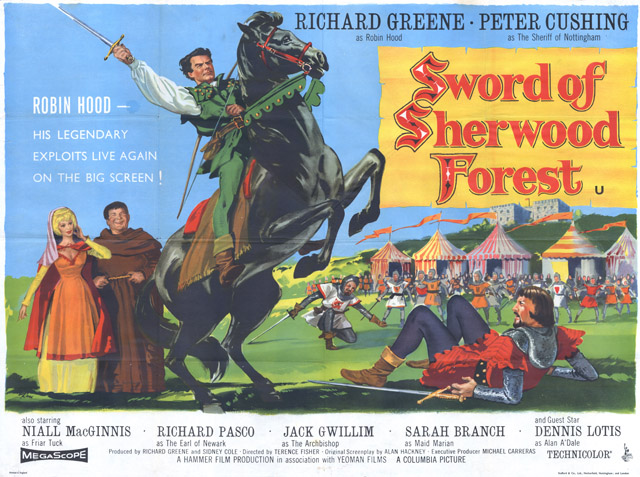 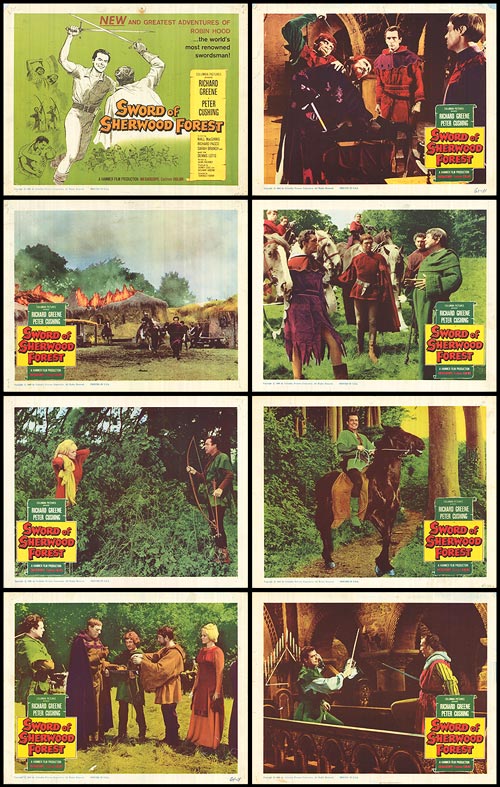