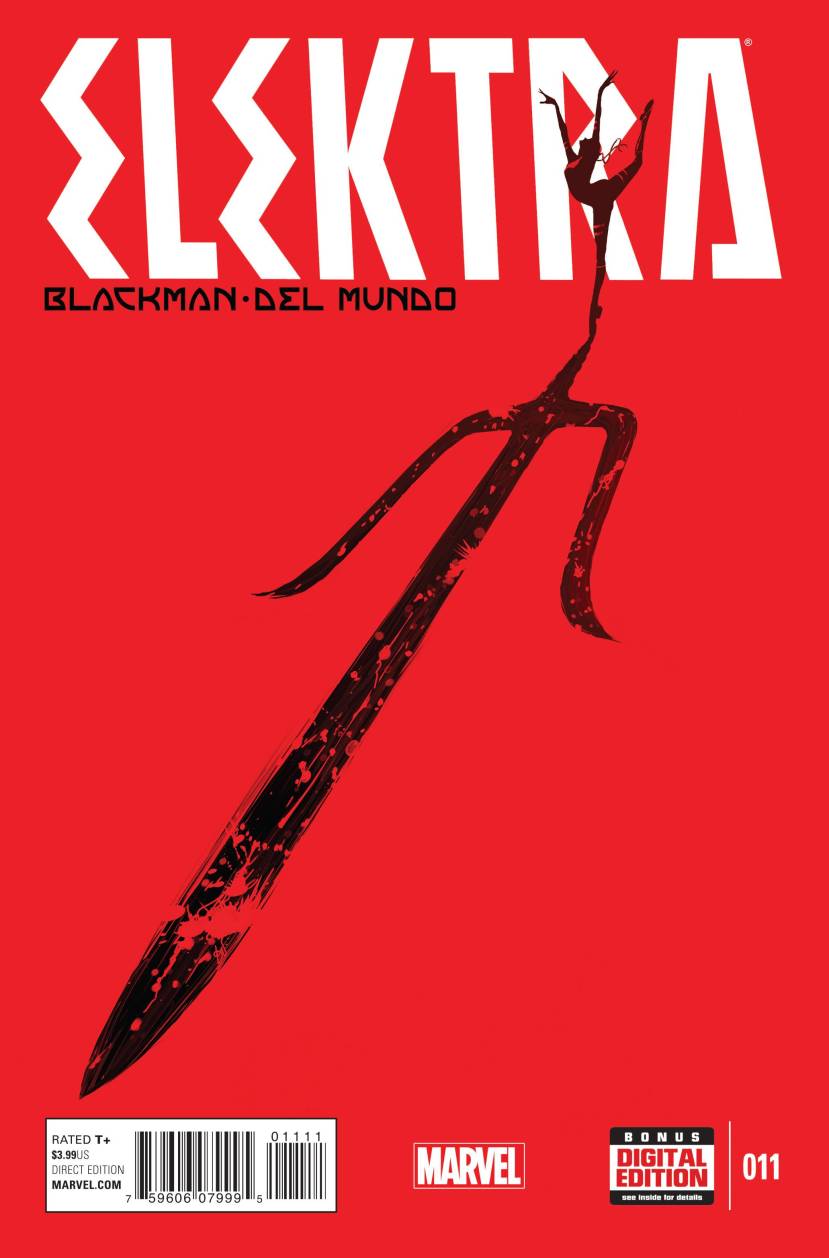 Cancelled far too soon, the final issue of Elektra goes out in a blaze of glory that sees our heroine up against the newly resurrected Bullseye in a battle to end all battles.  Nothing is held back as writer W. Haden Blackman and artist Michael Del Mundo pull out all the stops to make this one of the greatest and most memorable issues in her entire history.  The fight between the two is lightning fast, beautiful and deadly and Bullseye taunts her continually while they do so.  The villain is at the top of his game and it does not hurt that he has been given a little extra juice after coming back from near-death.  Bullseye takes the fight to Elektra more than ever before and it is a gruesome and bloody dance that they engage in and it all looks incredibly gorgeous, all thanks to the incomparable talent of Del Mundo.  The man’s artwork is simply stunning, perhaps even better than that very first issue of the series which in itself was a true work of art.  Elektra has never looked so good before or so strong, exuding confidence and spirit, qualities that have seemed to elude those who have drawn her in the past, yet Del Mundo seems to do it with ease and it is one of the main reasons this book has been as good as it is.  Blackman is no slouch either though, crafting a story worthy of our heroine, a quest that tests her to the limits and he even ends the book on a moment that perfectly suits her, exciting and promising more.  If it had been a happy ending, it would have been pretty disappointing, so it is a good thing that Blackman understands Elektra and his audience.  If there is one book that deserves to be read, if you should be looking for something to pass the time or want to try something new, this book is for you.

The final issue of Arkham Manor ends with more of a whimper than a bang which is a bit of a shame as it had built up a bit of momentum towards the end.  The villain who was behind everything is not who you expected it to be and frankly, when you compare it to something like the recent Batman Eternal, it was a bit of a disappointment.  It would have been nice to get a little excitement, maybe one last decent battle and a bad guy worthy of ending the book in a big way, and it simply did not happen.  Instead, everything just sort of fizzles out and you kind of wonder why you stuck around if this was the way it was all going to go down.  Despite its flaws, it was still kind of entertaining to see everything get wrapped up in a nice, neat bow.  Mr. Freeze was a surprising source of entertainment for the past few issues and there was a funny moment with Jonathan Crane talking about tunnelling underneath the mansion to get away.  Even Alfred delivered a couple of chuckles about not having to clean the mansion anymore.  It is a bit of a downer to see the mansion remain an asylum, but even though this book is departing, that fact alone should still create a few interesting storylines going forward in the various Bat-books.  It is not the worst ending a book has ever had, and it is good that Duggan got to wrap everything up, it just left you wanting more which is not a good thing as it will never be fulfilled.