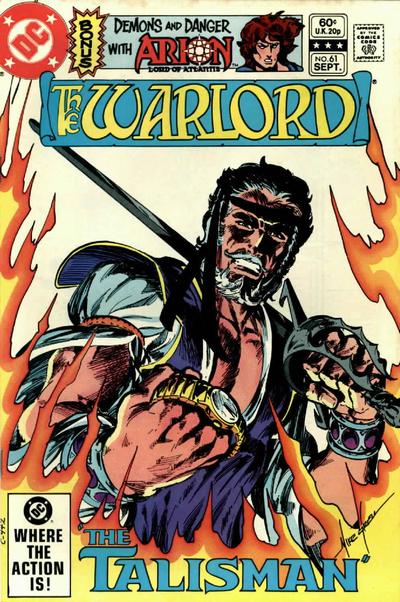 Morgan is finally able to rest a little after the chaos of the last few issues, but as he is doing so he has a conversation with Graemore, which then leads to a little swordplay.  Even though it was not meant to hurt anyone, it upsets Tara to see the two men she loves in her life fighting, playful or not.  After everything that has happened, word comes to Tara and Morgan that their son might be alive and that it just might be the boy Tinder.  But as is the norm when it comes to Morgan and luck, things were just not meant to be.  At least not yet.  Mike Grell continues to chronicle Travis Morgan’s castle life in this issue and it remains as interesting as the last few books, though with a little added drama thrown into the mix.  Graemore is dead on the money with his proclamation to Morgan, that it is he that Tara will choose right now, should she have to, but when Morgan is out of the picture, it is Graemore that she will come running to.  Having Morgan essentially be a kept man has been providing the title with a number of story opportunities and so far, they have all be quite fun.  It is destined though that Morgan will not remain cooped up for long as it goes against his character and everything that he is.  The man is an adventurer and does not feel more at home than when he is out and about.  What that means for his relationship with Tara is unknown, but we can only wait and see.  As for Tinder, it looks like that storyline will have to wait for some future issue as he looks to be on the backburner, at least for a little while.