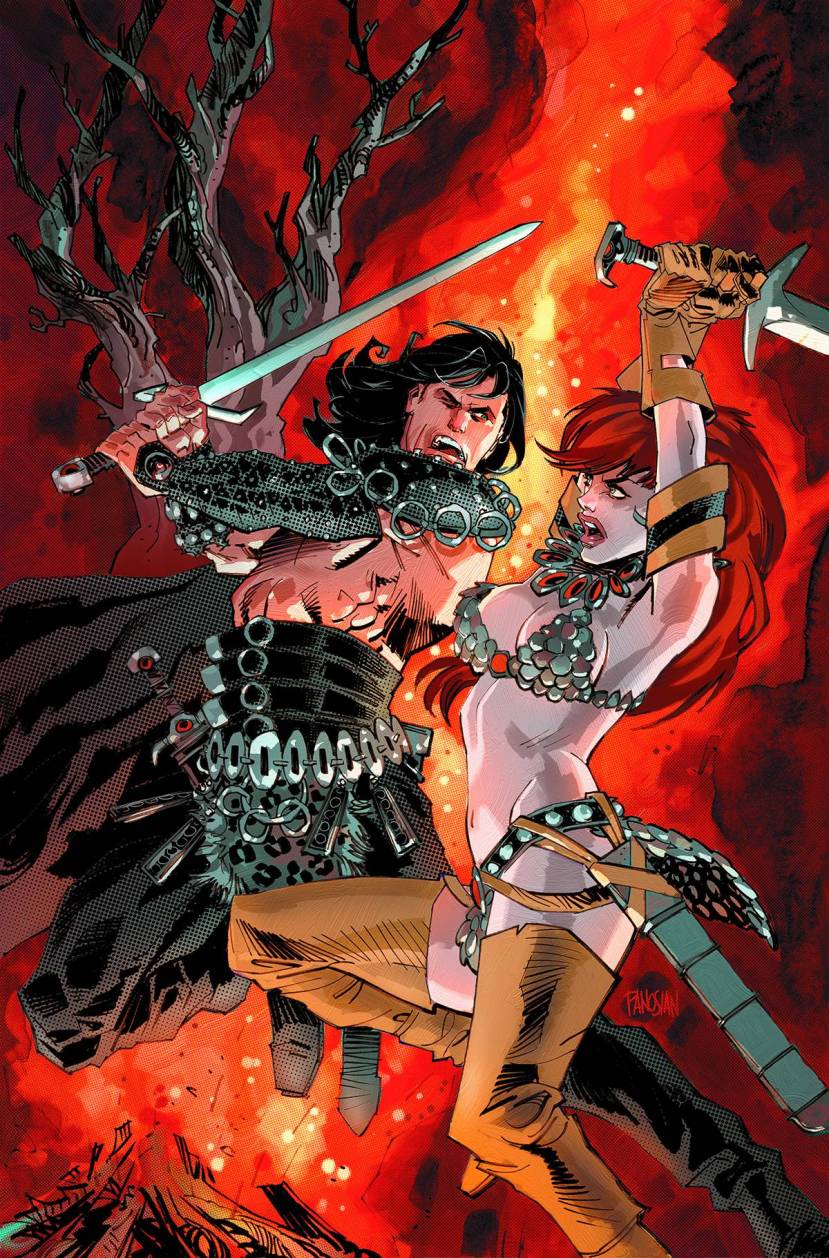 It was a long time in the coming as we find Conan, published by Dark Horse Comics and Red Sonja, published by Dynamite, finally getting together in one book, not having done so since Marvel held the rights to the characters.  Thanks to Gail Simone and Jim Zub who write this entertaining tale and Dan Panosian on art duties, we find our two heroes on the trail of the same treasure which you immediately know is going to cause some tension and possibly blows between the two.  Zub and Simone also set this story up against a larger plot of which our heroes are unaware of, that will have them coming together once again as the series moves on.  This is how most crossovers should be done between characters or teams.  It is fun, fairly light-hearted (except for the violence and the horror and all that) and finds the two heroes in good spirits, even when competing against each other.  There is quite a bit of action in the book, and if there were not it would have been very disappointing but Zub and Simone know what makes these two barbarians tick and what we, as readers want to see from them. The mystery that Simone and Zub are spinning is exactly what needs to be seen in the book, something big and grandiose and evil that will cause our heroes to come together once again to put a stop to as only they know how.  This first issue was a good introduction and a good setup to the tale, but the bigger picture is what will keep them, and us, coming back.  Panosian’s artwork is fantastic and is a perfect fit for our heroes and is also a big step up from when he started out at Extreme all those many years ago. If there is ever a vacancy on either Red Sonja or Conan, this is the man to fill it.  Great art, great story – not much else you could ask for. 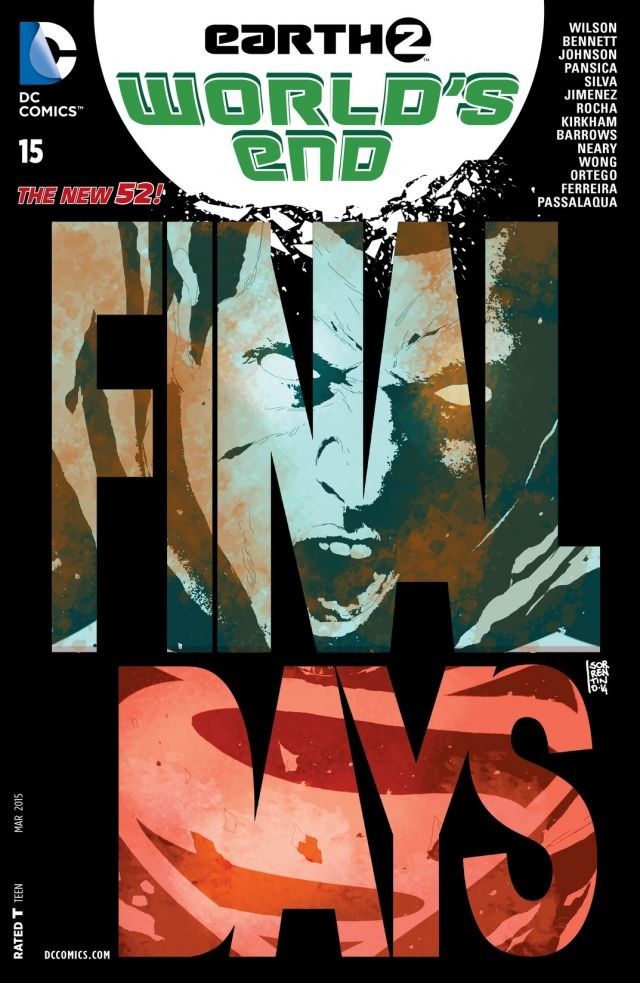 Jimmy Olsen has lost the Mother Box that was giving him his extraordinary powers while the Avatars who started to gain the upper hand, are failing once again against the Furies, possibly for good.  The book is also left on an emotional cliff-hanger as tragedy strikes.  World’s End hits out once again with a fairly decent issue, packed with action and excitement as we watch our heroes failing to save their world.  Everyone knows it is going to happen, we simply do not know when or as to exactly how it is going to take place, but reading this as our heroes make their last stand upon their dying world has been pretty good up until this point.  There are some parts that still drag just a little bit, but on the whole, the book has been a lot of fun.  The artwork is still a problem, though it was a little better this issue as it seems DC cannot find a group of artists willing to rotate and take on the rigors of a weekly book like they do on Futures End.  It is a bit of a shame too as the title would probably benefit from having three to four steady hands on it rather than the ten to thirty it seems to go through.  This book will be memorable for the final moments that play out within it and it was good to see it happen the way it did, with a hero going out the way he should have – fighting the good fight.  Good stuff!