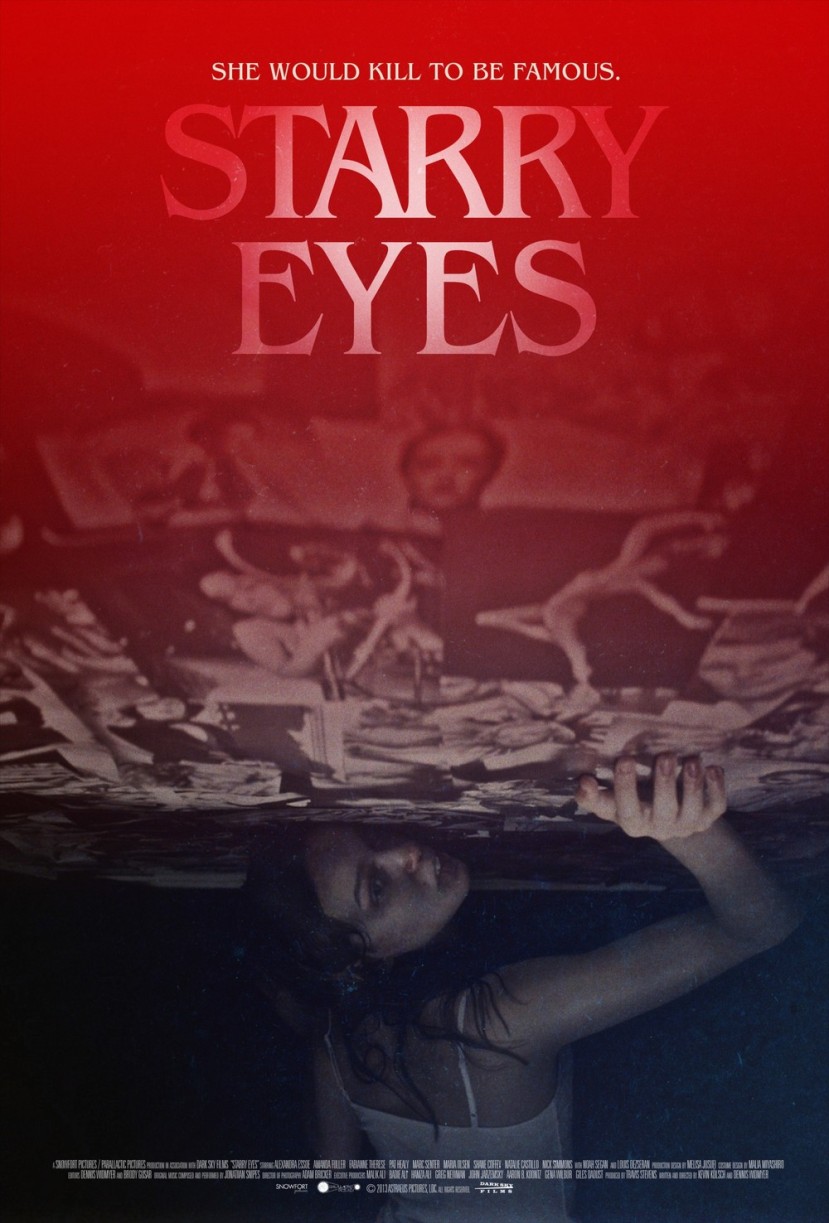 What price fame?  What would you do to gain stardom, to become the person everyone is talking about?  In today’s age we see random people becoming so-called stars for the simple fact they are overweight or have kids before they themselves are an adult, maybe they can sing, or not sing or any other number of reasons.  The golden age of Hollywood is over and will never come again as is the day of the real music superstar.  Now it is possible for anyone to become famous and it more often than not requires very little of anything even resembling talent.  This film follows that train of thought as it sees its lead character sell herself and her soul for the chance at movie stardom.  The movie is an allegory of today’s culture and in many respects, a disturbing look at what our society has become.

Alexandra Essoe plays Sarah, our leading lady who is tired of fighting to become a film star.  Essoe is the everyman in this movie, that person we can all relate to as we have all felt dissatisfied at some point in our lives.  That is part of why this film works so well, it is for the simple fact that we can empathize with Sarah so much and the filmmakers, co-writers and co-directors Kevin Kölsch and Dennis Widmyer, designed her character to be as such.  We have to like her; we need to like her otherwise the film would simply not captivate the viewer as much as it does.  As the picture moves forward we follow Sarah as she goes through her day to day and it chronicles her life in all of its mediocrity.  She goes on auditions, she takes bit parts and she is frustrated that nobody can see her talent and her genius.  A chance to rise above makes itself known though and all it requires of her is to go one step further.  She must put it all out there, to bare herself down to her very core and then to take it even further if she is to make it big.  Everybody wants to be famous and there are few people that can honestly say they would refuse the chance no matter the cost.

The film is not just a dramatic piece that looks at the trials and tribulations of becoming a star though, it is also a horror film and as it follows Sarah’s ascent into what she hopes is stardom, it also follows her descent from grace as she starts to commit some pretty horrific acts, murdering those she calls friends and all so that she can be reborn into the woman she believes she should become.  The movie echoes many of the great films that came before it with Rosemary’s Baby easily coming to mind through the use of a cult or at least a cult-like group and in this film, they include the casting agents, the movie’s producer among others who are there to help turn Sarah into what she wants and in the process, get what they want from the deal as well, namely her soul.  While you could say that all of Hollywood is evil these days, the people here are in actuality pray-to-the-devil-or-whatever evil with actor Louis Dezseran playing the big bad of the film.  His performance is quite chilling for the little amount of screen time he has and sits right up there with some of the scariest film villains.  So while you might think you are in this to watch one type of film, you are going to be in for a surprise as once the blood starts flowing, it turns fairly disturbing, quite gruesome and haunting for much of the latter half of the movie.

Starry Eyes is a smart film, both as a horror and as a critique on modern culture.  Dennis Widmyer and Kevin Kölsch might have paced this film out a little slowly, but it is well worth the trip should you decide to make it.  One thing you can be sure of is that it is not a film that you will easily forget, and not just because of the horror elements, though they will indeed help to cement this in your brain, but because it was so well done in every respect.  Try watching American Idol or The Voice or any number of shows that feature auditions after this and you will find yourself looking at them just a wee bit differently.