So whatever possessed Joshua Williamson to write fellow author Brian Michael Bendis into his comic about a town that births serial killers either makes him a genius or a man that has run out of ideas.  In this instance, it is the former.  Maybe this issue failed to advance the story very much, there was a bit towards the end that looks like it might have provided a clue or two, but it was a fun little interlude that saw the creative team having a bit of entertainment with the book and with their rival/friend, Bendis.  It seems that Bendis has come to Buckaroo to do a little research on serial killers, and what better place could there really be than a town made famous for essentially creating them.  Williamson has Bendis head out all over town, wide-eyed and fancy-free, and even has Bendis meet up with the Nailbiter who is a bit of a comic fan himself.  There are little bits that feature our regular players, but for whatever reason, Bendis is the star of the show in this book and surprisingly, it was actually very enjoyable.  Sure, it would have been nice to have a regular issue, one that continued the story we so desperately want to read, but in the end, this was an entertaining book.  When it was first announced that Bendis would be in the book, most assumed something horrible was going to happen to the man.  It was almost prophesied that Bendis would meet with a grisly end, so the fact that he did not was probably a good thing, but for some, it was probably a letdown.  One thing that is for sure, is that Bendis is an adventurous sort and a good sport for allowing this to happen. 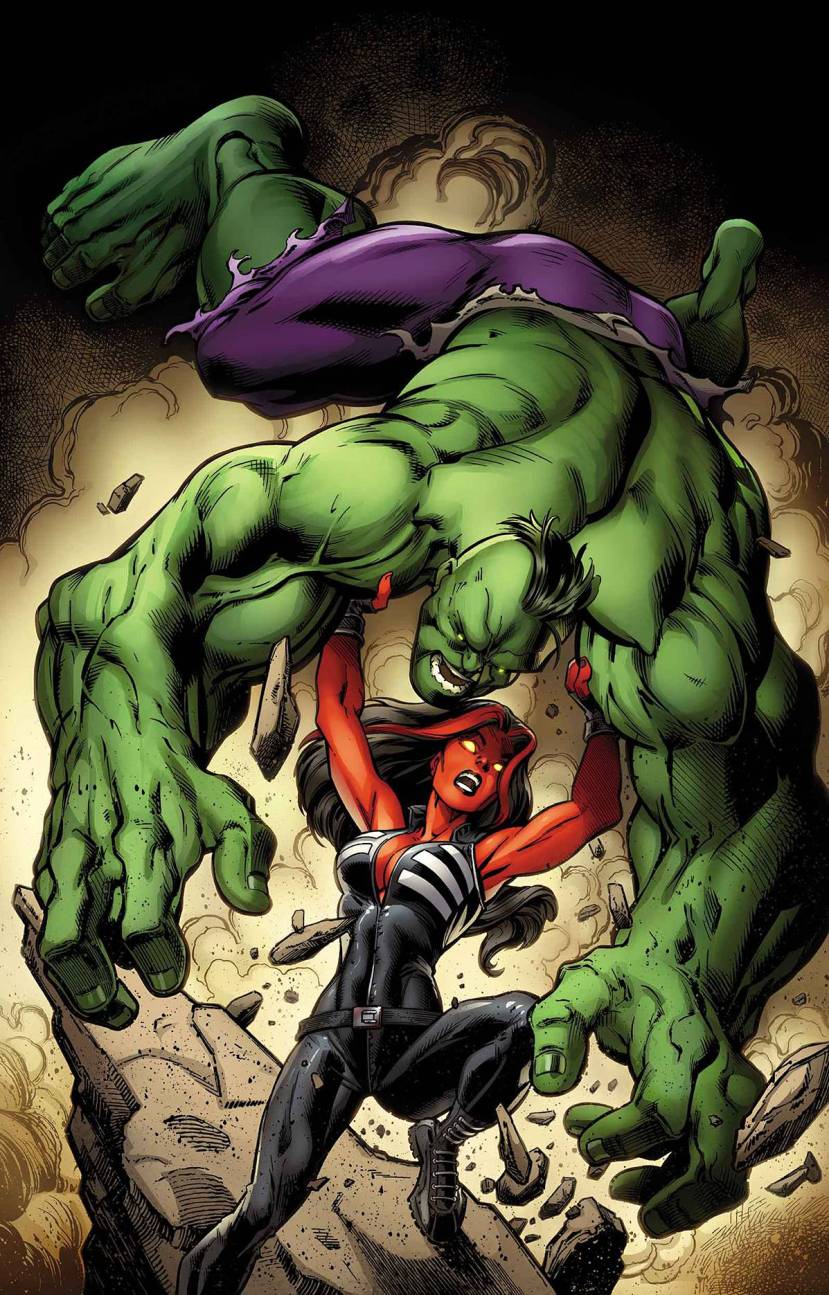 After a fair amount of buildup, finds the Hulk about to face off against his ex-wife Betty Ross, the Red She-Hulk.  There is a big reveal in the book which makes this confrontation even more uncomfortable for Betty; one that could possibly end up with her getting seriously hurt if the Hulk is mad enough.  There is also a reveal about Doc Green and his so-called cure, one that might have some alternate effects on the people he is curing, still to be fully revealed of course.  Gerry Duggan has been doing a pretty good job on the book as of late, having taken the reins from Mark Waid and what he has done is a fairly natural evolution of where the story might have been headed.  So far, it has been quite interesting, seeing Doc Green try and rid the world of his curse, though never being able to rid it of himself.  Doc Green is a much more polarising incarnation of the Hulk than has ever been seen before and it is only a matter of time before he starts to clash with the Marvel Universe at large.  The final battle between Betty and the Hulk is violent, but it does not end with Doc Green defeating her, instead she is betrayed by a man she has known almost as long as she has known Bruce.  It is a shame as well that this book features Betty’s last appearance as a She-Hulk as after so long, she grew into an incredibly intriguing character.  This one instance, coupled with what happened to Skaar, is probably the only downside to the whole story.  Other than that, the book has been much more fun than it has been in quite a while.