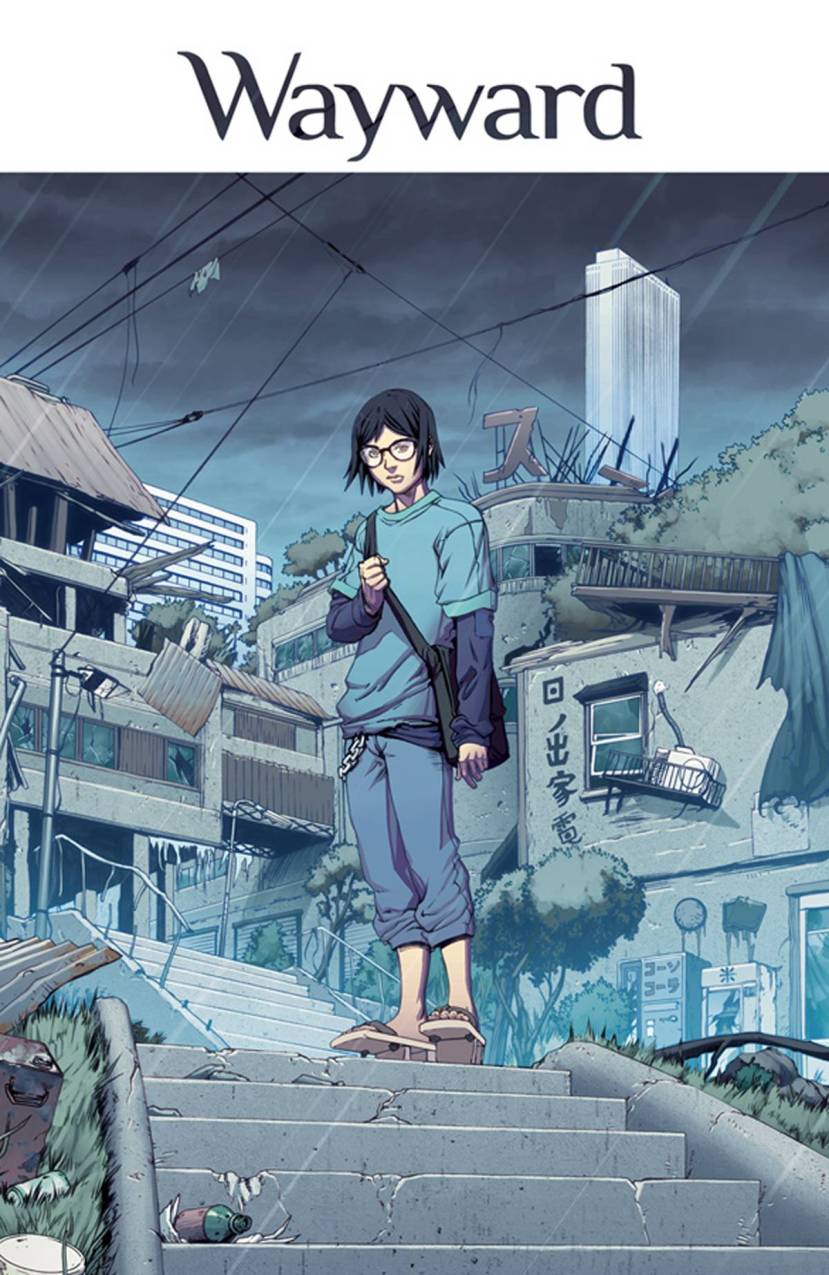 Rori’s life has been turned upside down, but things are getting just a wee bit easier as she has a new friend in Shirai, who also happens to eat ghosts.  And then there is that strange cat-girl, Ayane.  They soon come together and do battle with an old ghost and in the process gain another new compatriot named Nikaido.  Zub, Cummings and company deliver another solid issue of Wayward, one that finds Rori finally making inroads into becoming a little more acclimated to Japan through some new friends.  They might not be your everyday type of pals, as they all seem to have some weird powers that for the moment they are going to call magic, but they are good people nonetheless.  Rori and Shirai have a nice dynamic going on and hopefully it remains as such without a romantic entanglement getting in the way.  Ayane is quite the interesting character as she just seems to appear out of nowhere, but always at a time when she is needed.  Jim Zub’s dialogue is spot on and the characters ring true to their ages which is very refreshing as some authors simply think back to when they were young instead of researching the now.  There is a little humour sprinkled throughout the book which combined with the beautiful colouring, really keeps the feel of the story nice and light.  Overall, a fantastic book and probably the best Image launch in the last few months.

No disrespect to the creators, but there was a good chance that this book was going to be terrible being based on the television series iteration of the character instead of the tried and true version that everyone loves.  Suffice it to say, this book is exactly the opposite and is a very entertaining and engaging read.  It is surprisingly good as it follows Henry Hayes, single father of one who unknowingly is not a member of Medics Without Borders, but instead a killing machine who has his mind wiped of the mission after the completion of it.  It is not exactly a new idea, having also been done in Secret Avengers of all places, but Edmondson does a great job of it and it works.  Mike Perkins does an excellent job on the art front with some exciting action sequences that are balanced nicely with the home life of the man.  The only real negative of the book is the costume design.  It has design elements of the original Deathlok and some that are new to the character, but it simply feels like it is unfinished.  Perhaps it is simply a matter of getting used to it, but all in all, it is just the first issue.  It looks like there is something going on at S.H.E.I.L.D. that Director Maria Hill is unaware of and it sets up a nice little mystery for the reader to become intrigued with, other than following Deathlok around as he goes from sleeper agent to super-soldier.  This was a very solid start from all involved that should prove all the disbelievers wrong if they give the book a shot.