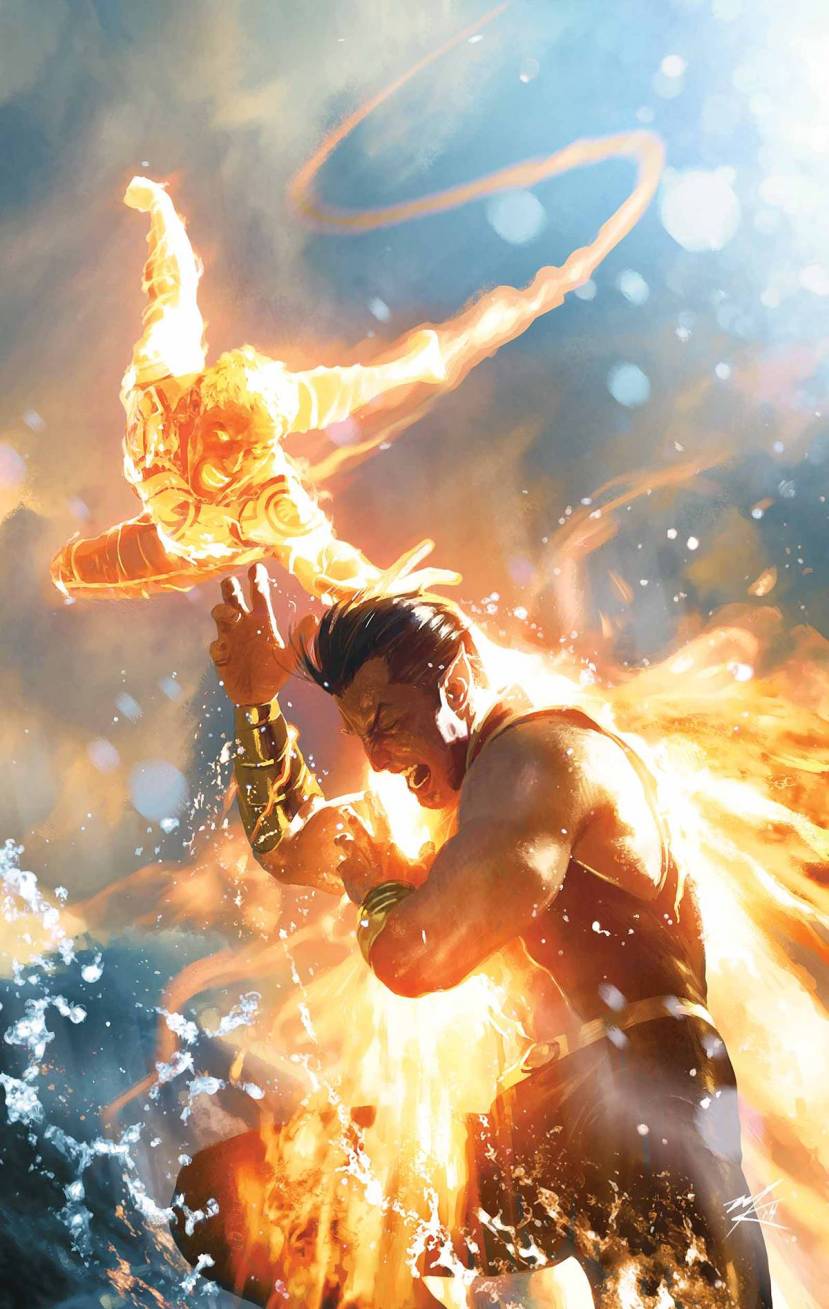 After the events of the past few issues, Jim Hammond, the original Human Torch, is a little messed up.  He has isolated himself from humanity due to his having uncontrollable urges of anger and near-madness.  His teammates, Cap, Winter Soldier, Namor, the Japanese hero Radiance and the new Iron Cross are out to help him, but it is taking everything he has to stop himself from killing them.  His friends know that the can fight this, and they will not cease until Jim is cured.  This was quite a good character-building arc from James Robinson though there was very little action except between the various team members.  Robinson does a good job in portraying our heroes, with Namor and the Torch getting a little more of the spotlight than the other members, but it is Radiance and the Iron Cross that are the more fascinating members at the moment.  Perhaps it is the newness of them, the shine not having worn off of the latest characters introduced to the Marvel universe that makes them seem so intriguing or perhaps when two characters that are as distinct as Iron Cross and Radiance come along, it is hard to stay as interested in the familiar when the unknown is far more appealing.  Whatever the case, it is hopeful they join the team in a more permanent manner.  Steve Pugh does a great job on the art as per usual and overall, the book has been getting better and better as it goes along. 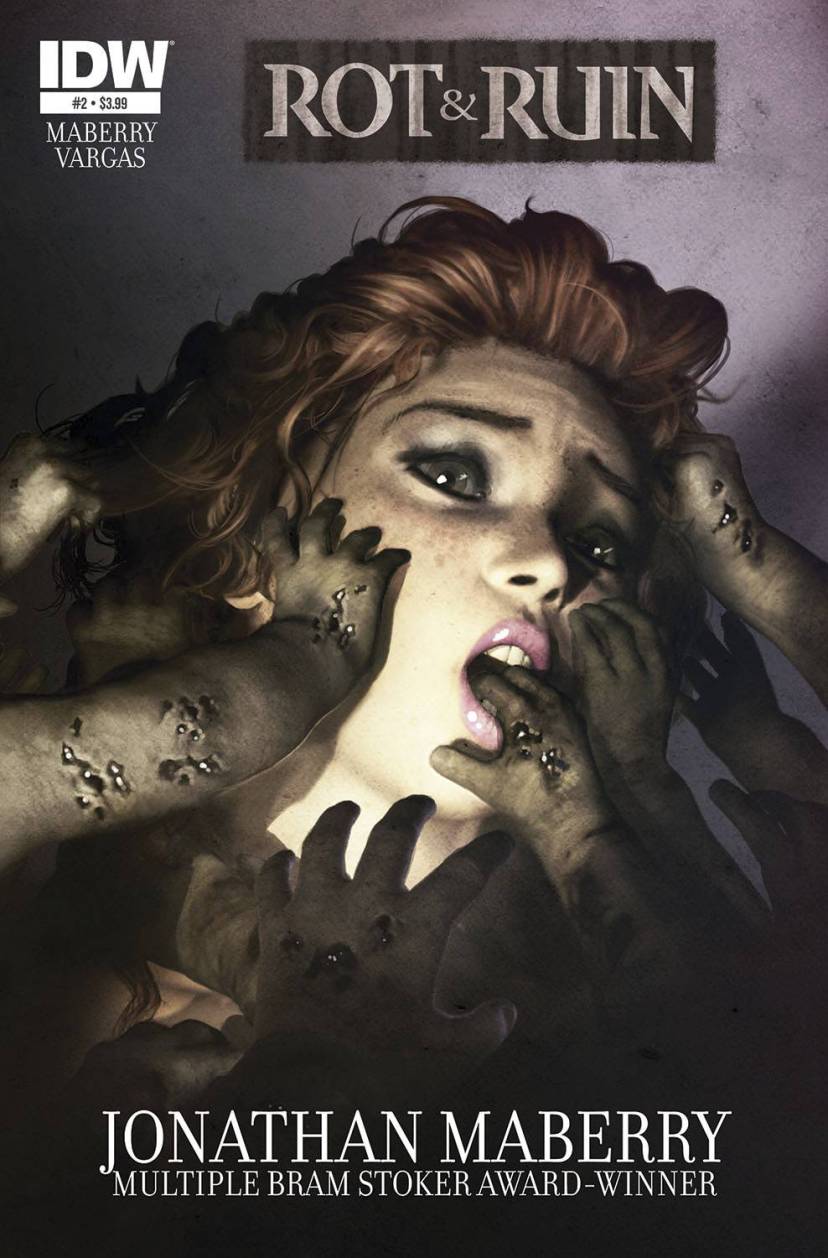 Benny and his friends, having been on the run from the Rotters, now find themselves trapped in a hospital with more of the undead, from patients to newborns.  Eventually they make it out with the help of a pregnant girl who then takes them to a place called The Farm and the man who runs it, Farmer John.  This issue was somewhat better than the first, featuring a lot of action, a little character development for our small group and the introduction of a new villain, for villain he is.  The book ended on a great cliff-hanger, both creepy, chilling and a little scary as you realize that the kids have just walked into something that they might not be able to get out of.  Farmer John seems like a nice guy at first, one who is exceptionally smart to have built up and maintained a place such as The Farm, but underneath he is the worst kind of monster, the kind you do not see coming.  Maberry does an excellent job of introducing him to the book and to our cast, with shades of The Governor from the Walking Dead echoing about him, Farmer John might be even worse.  The hospital scenes were great, both frightening and a little sad simultaneously, but it really shows just how bad the world has gotten since the First Night.  This book was definitely a vast improvement over the first issue and will pull you back for the next one quite easily.