In 1956, Universal decided to try a little something different and put out a film about an underground race of monsters.  True to the Universal twist though, the monsters in question turn out to be mankind and not the creatures that are featured in the film.  Sure, the Mole People are a little strange looking, live underground and are able to burrow here and there should they choose to, yet they are a gentle race unless provoked.  Much like the Creature from the Black Lagoon or King Kong, the creatures are the victims of the film and you feel sorry for them, wishing they will ultimately get the upper hand.  It was a successful formula for Universal as they would play upon your emotions from the beginning of the film, only to find yourself thinking something entirely different by the end of the picture.

This film finds some archaeologists discovering a tablet where it should not logically have been.  They come to the conclusion that some form of man must have lived up on the mountain, though once arriving there, they are soon to find out it is within the mountain and not without.  There, the men discover a race of albinos who worship Ishtar and keep a race of mole-men as servants.  These mole people are a poor and mistreated race and Roger and Jud discover that these albinos are not the enlightened culture they might have thought them, merely one that does not know any better.  Soon the two men are forced to use every bit of cunning at their disposal to remain alive as the high priest wants to see them dead.

Filmed by Virgil W. Vogel in his directorial debut from a script by László Görög, it would turn out to be a smart little film in the heyday of Universal’s science-fiction phase.  It obviously had elements of horror in it, but it gravitated towards the outlandish elements of sci-fi more than anything else.  Playing upon the theory that the Earth is hollow and that it could possibly be populated has always made for popular fiction, and this film plays upon that notion with the Mole People and the lost Sumerians.  The film was quite moody and atmospheric, and it did have a claustrophobic feel to it during some sequences with a lot of the film spent in darkness or near-darkness lending towards those aforementioned horror elements.  The Mole People is a monster movie and of course could be associated with those of Universal’s earlier period but it has more in common with H. Rider Haggard’s She than it does with Mary Shelley’s Frankenstein. 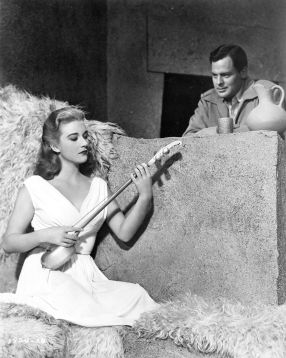 John Agar stars as our lead protagonist, that of archaeologist Dr. Roger Bentley.  Over the course of his career, Agar was either really good or quite average, and here it is nice to say it is the former.  Agar, having starred in many science-fiction films knows how to play it up as if the things he faces in these films are truth and he proves it here once again.  Joining him is Hugh Beaumont as fellow doctor, Jud Bellamin, and red-shirt Nestor Paiva as Professor Lafarge.  Alan Napier is great as the villain Elinu.  He is scheming and conniving, the perfect traits for an antagonist such as the High Priest, as being in power makes him all the more dangerous.  Rounding out the cast is Cynthia Patrick as the ‘marked one,’ Adal.  She is called thus as she is the only member of their race that is not an albino and therefore must be evil.  There is some good chemistry amongst the cast and it makes the film much more palatable because of it.

Some people do not care a whole lot for this film and it is hard to see why.  Maybe because the budget was not that big, the mole masks looked a little funny and the paintings used as backgrounds were a little jarring as you could almost see the edges of them.  And some might ask why the Mole People are wearing clothes in the first place, which in fact is the first question that comes to mind when you see them.  The fact is that The Mole People was not that weak a film.  Of course it was a B-film, so things are not going to be top-of-the-line, but it was a solid, little science-fiction venture that never failed to entertain.  The good guys were good, the bad guys were bad and you could sympathize with the Mole People come the end of the movie.  The ending was a little mercurial and left you wondering about Adal’s fate, but all in all, the film was a whole lot of fun.  Give it a shot and you are sure to have a good time. 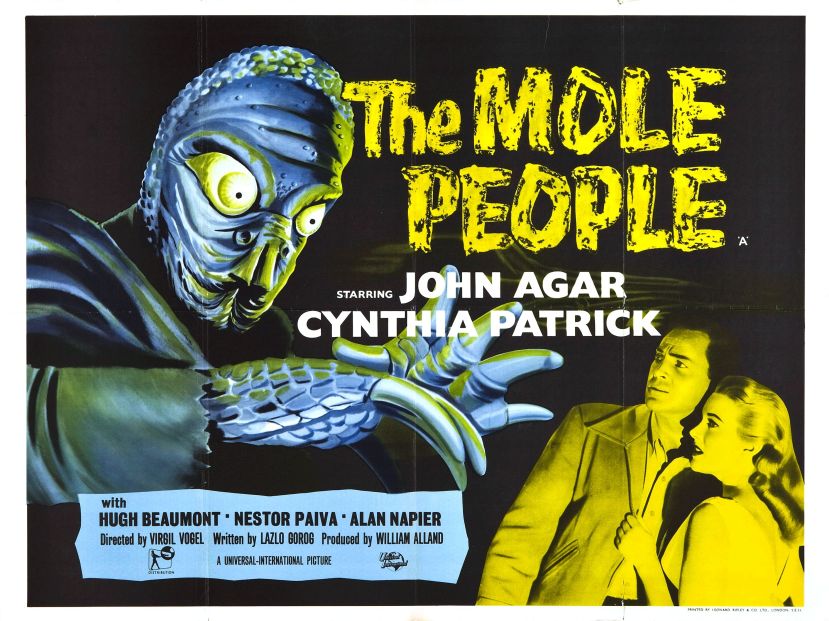