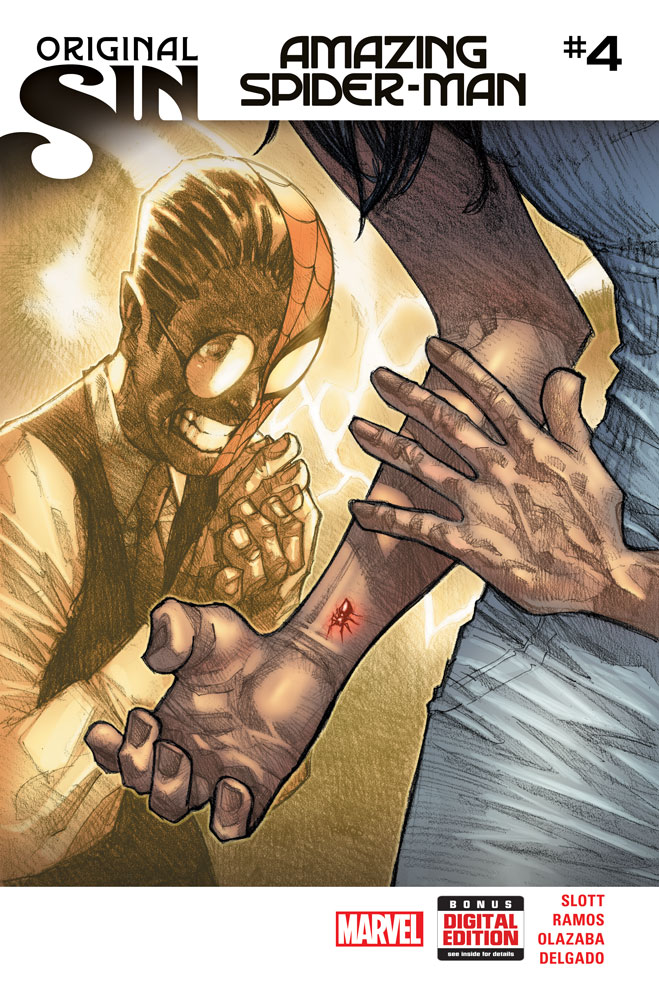 Spidey is testing out his Electro-net at his lab when he gets a priority call from the Avengers.  Arriving there, he gets zapped by the Watcher’s eye and finds out that there was someone else that was bitten by the same radioactive spider as he was and that she has been hidden for quite some time by Ezekial.  He heads on over to break her out to which she freaks because by doing so he has notified Morlun of her existence.  Spidey tells her to not worry about it and they head off through the city checking things out.  While all this is going on, Black Cat is still up to no good and turns out Morlun, who Spidey thought was dead – is not.  Slott continues his chronicle of Spider-Man’s new adventures and they remain as fun and as exciting from one issue to the next.  Silk, the new spider in Peter’s life is a cool character from what we have seen so far and she looks like she will be a nice addition to the cast, should she remain alive long enough to do so, what with the Spider-Verse event slowly creeping upon us.  Anna Maria puts in a little appearance, Black Cat shows up and kidnaps Peter’s colleague Sajani and we even see a peek at the promised Morlun, the big bad of the upcoming Spider-Verse.  Slott paces the book out perfectly, throws in a bunch of the trademark humour Peter is known for and gives Ramos a canvas upon which to showcase his fantastic pencils.  Ramos has definitely turned into one of the definitive pencilers of everyone’s favourite wall-crawler.  A lot of good fun to be found in these pages and more surely to come next issue. 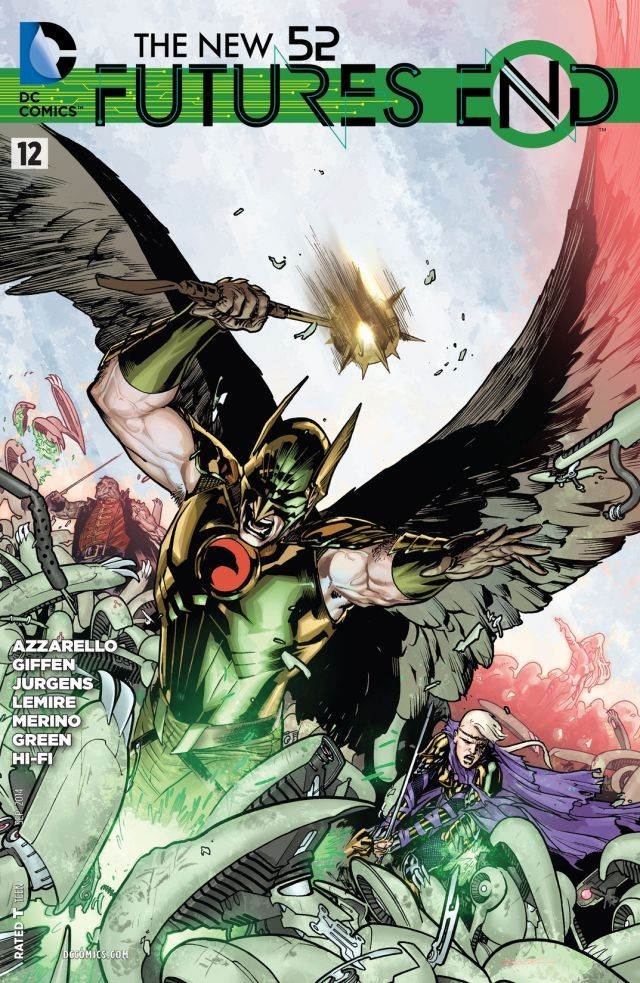 Frankenstein, Amethyst and Hawkman have located the missing member of Stormwatch.  To do so requires a fair amount of killing of bad guys.  Good thing our heroes are up to the task.  But before they make too much headway, they find out that it is the Engineer who is in charge of the legion they now face and she wants nothing to do with them.  There are little bits with Voodoo, Faraday and Mercy and the book ends with a jump back to 35 years in the future and a moment between two characters that is one of the best endings this title has featured thus far.  Aside from the Stormwatch/SHADE story going on in this issue, the rest is a little tedious and boring.  Futures End so far seems to go up and down in its pacing of events quite often, sometimes having a book jam-packed and making it quite good from cover to cover and then other times with material that just seems like filler.  Perhaps this is a case of too many hands in the pot as it just cannot seem to stay consistent.  The pencils by Merino were great but sadly, this issue was only okay.