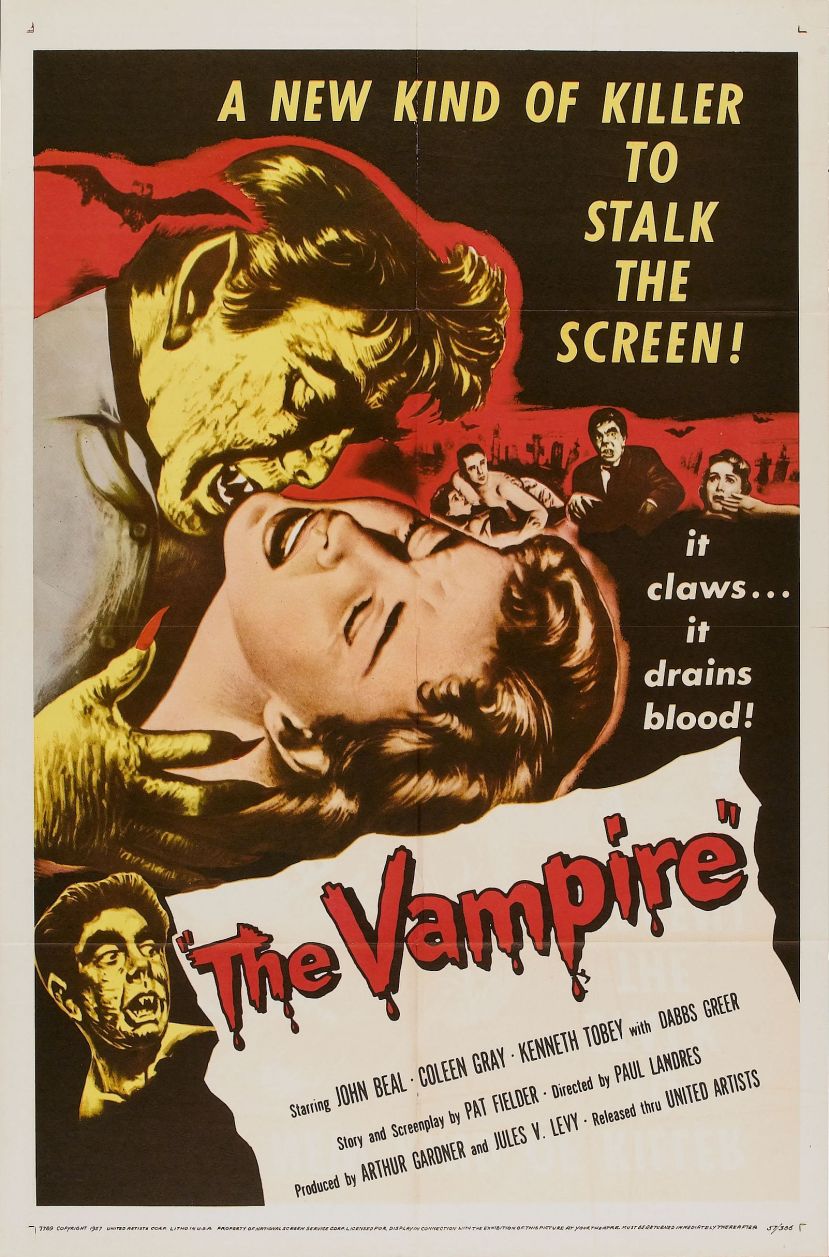 Seems like Dr. Campbell has passed away.  When Dr. Beecher is called to look in on him he finds a bottle of pills and takes them home.  Dr. Campbell was doing experiments on vampire bats and the pills Dr Beecher took home were derived from those very animals.  When he mistakenly takes some of those tablets, due to a mix-up with his migraine pills, he becomes addicted to them.  Not only that, but he transforms into a hideous creature that likes to feed on blood, like a vampire bat in fact, and when bodies start piling up it gets harder for him to hide what he has become.

This was a fairly interesting and slightly riveting little horror film.  It takes your standard vampire fair and puts a more science-fiction spin on it by having our featured vampire created through the use of man-made pills instead of by the normal, supernatural means.  In a sea of vampire films, it helped to single this one out as something a little different from the norm, which is always a good thing.  It was not the best movie about the subject, vampires that is, but it was decent and it manages to hold your attention.

Television actor John Beal stars as our lead protagonist and villain.  He does a fairly good job of portraying a man addicted and you feel sorry for the guy as he wants to stop taking the pills but cannot no matter how hard he tries.  You also feel a little empathy for the man when he realizes that it is he that is killing everyone, but at least he tries to get help though it fails in the end.  Coleen Gray is good as the attractive love interest and possible victim.  She does not obviously know what is going on, but senses something is wrong with the good doctor.  The rest of the cast is fairly decent including Kenneth Tobey and Dabbs Greer, but utterly forgettable.

The film, while not having the best makeup effects as it looks like they simply pasted some hair and silly putty on the guy to make him a vampire, looks beautiful.  The cinematography by Jack MacKenzie coupled with the direction by Paul Landres is crisply shot in black and white and they make good use of the surroundings with heavy shadows to give the movie the needed tension and dread.  Perhaps the vampire himself is a little silly to look at, but should you have the lights down on a nice quiet evening, the film is likely to have more of an effect on you than if you watched it during a bright afternoon.

Surprisingly, this film was more enjoyable than it would have seemed at first.  There are none of the ‘pretty’ vampires you see in today’s film world, nor any real name stars in the cast and it has almost no budget to its name, but it does have talent.  That talent, including writer Pat Fielder, has created a solid little B horror film and it is one that is suspenseful enough and fun enough that it is worth watching despite the few flaws it might otherwise have. 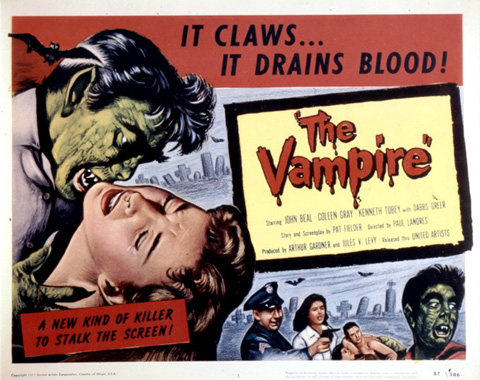