Dynamite unleashes a new number one on the public once again with the former Chaos property, Chastity.  The tale is an origin one, a perfect and logical spot to start when introducing a new generation to a character, and a way to re-familiarize older fans.  We find Chastity describing her life from infancy to current times, how she held promise as a gymnast and was the apple of her mother’s eye.  When she had an accident and her career was derailed, her mother gave up not only on her, but also the rest of her family and Chastity did what she could to feel better which was immerse herself in books.  Getting caught up in the latest vampire fad, she heads out to a signing and things go wrong when the author who has taken a liking to her, turns out to be a vampire.  Andreyko does a great job of making Chastity a likeable teen, one a lot of people will be able to relate and a character with a home situation that also makes her sympathetic as well.  It is a simple, yet effective origin tale with a good premise and a cliff-hanger to keep you coming back for more.  The artwork by Dave Acosta is effective and good most of the time, but some of the faces on the characters could use a little bit of work as they seem unfinished in places.  It is not terrible, but is a little bit distracting if you happen to pause upon them.  This book was a good start from Andreyko and company and good enough to make you want to try out the second issue. 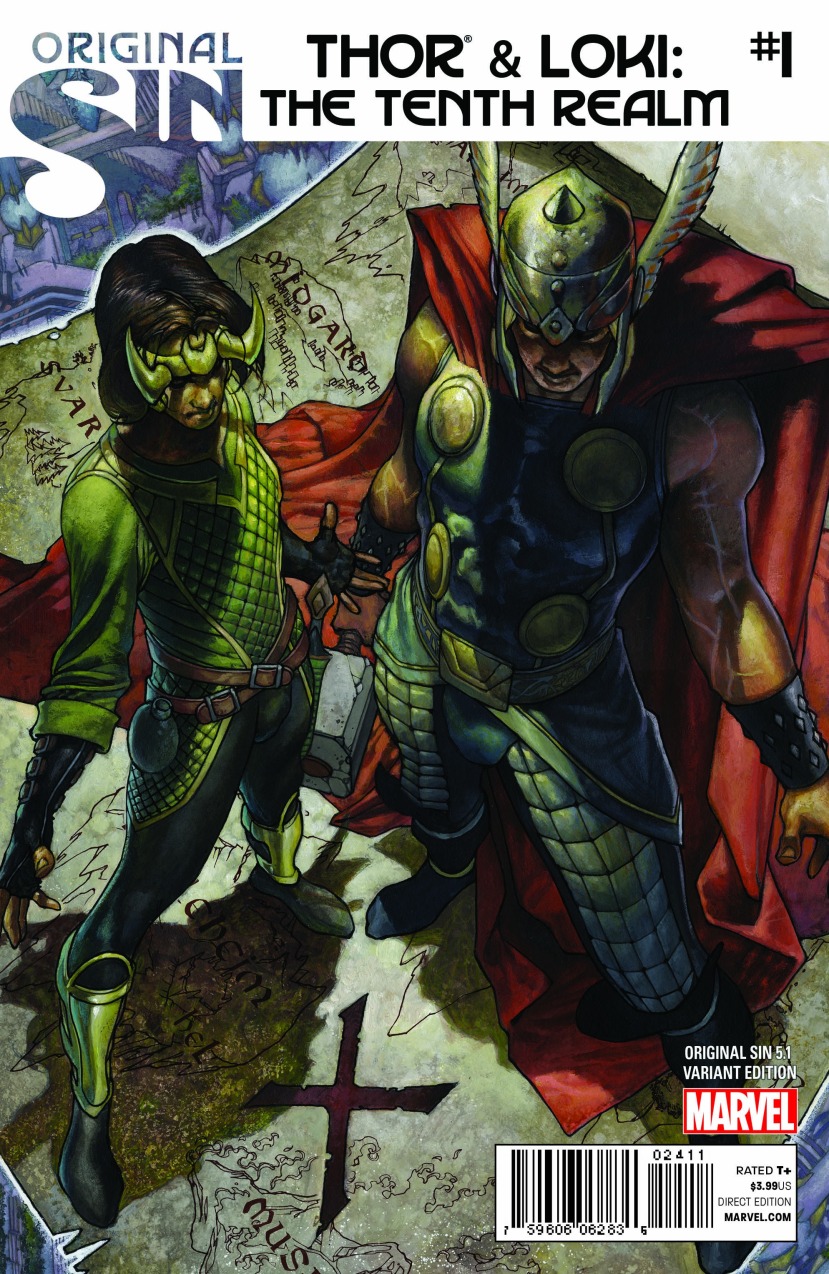 Thor is a little perturbed as the Watcher’s eye revealed that he had himself a sister, one he never knew about prior to this point.  So off to Asgardia he goes to confront his mother about it and at first she denies it, but when pressed, caves to Thor’s questioning.  Yes, Thor did have a sister, but when they were at war with the tenth realm, a realm that no longer resides in the memories of anyone in the universe, she was killed and in his grief, Odin banished the tenth realm and cut it off from everything, in all sense of the word.  Thor feels she is alive though and means to seek her out and to do so is going to need his brother, Loki.  This has been the best spinoff of the main Original Sins series thus far with Aaron and Ewing delivering a perfect tale of a sibling lost.  The art by Garbett and Bianchi is fantastic and really gives the series the godly feel that it needs.  Thor’s outrage is deserved and for him to team up with his brother and to trust him so greatly with such a mission is either smart or foolhardy.  A lot of people thought Marvel was trying to shoehorn Angela into the Marvel universe when she first appeared, and even more so now making her a possible god of Asgard, but if the rest of the issues are done as well as this and they do it right, it might all make sense in the end and hopefully feel quite natural.