Back in Fighting Form – The Shadow Volume 1: The Fire of Creation 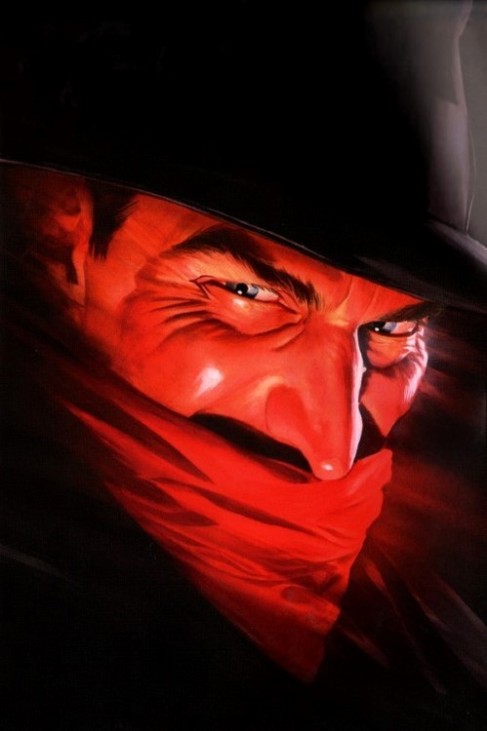 In the first volume of The Shadow ongoing comic from Dynamite, we of course get to know who The Shadow is and what he does.  For those that do not, The Shadow stops criminals with psychic powers and a couple of .45 automatics.  He can see a little into the future and read the evil in men’s minds, and if necessary, force them to do his bidding.  But in learning about The Shadow, we have to learn more about the man underneath, and that is exactly what Garth Ennis does with Lamont Cranston.  It is in this series that in getting to know the man, we actually find out that he and his alter-ego are very much the same.  There is no fooling around as much as Bruce Wayne or Clark Kent do.  And there is no messing about like Peter Parker does to try and manage the time he spends in one identity or the other.  Lamont Cranston is The Shadow and vice versa.  Even though he wears a costume, he is one man all of the time and does not try too hard to hide it.

This book sees Cranston and The Shadow having to deal with some unfinished business from his past.  It is something that he should have taken care of long ago, but had eluded his grasp until the present time.  Weaving in elements of the era such as the goings on in Germany and the Japanese occupation of China, Ennis creates one intricate and amazing tale.  Also an incredibly smart play on his part was tying the story up and concluding it into the events of the bombing of Hiroshima.  To see the Shadow’s endgame come to fruition even though he could not have known what would happen almost seems bittersweet and somehow fitting, even though the consequences were horrific in the extreme.  Ennis knows how to write a good story and it shows in just how well he entwined this story into historical events.

There were some great supporting characters, but none more so than Margo Lane.  She is strong and tough, a lot tougher than many men under Ennis’s pen and she has to be as well, as she knows who Cranston is when he dons his other persona.  Her willingness to put up with him, even when he treats her dismissively sometimes, shows her strength of character.  She knows exactly who he is and what he does, how he can be ruthless and cold and how he puts his mission first before all else, and yet she stays by his side.  Cranston inspires loyalty without any sort of mind control of her, and she in turn grounds him, keeping him from slipping into The Shadow all of the time.

The most interesting part of the tale was the little bit of back-story we received about the Shadow’s past and his time as a man called Kent Allard.  Ennis sets him up as a kind of Keyser Söze-like figure, responsible for bringing down the criminal element in Shanghai in a single night.  It is a nice little piece of history about The Shadow’s background that makes him sound almost mythical and it is in this small story that we garner our villain for the story.  The lone survivor of that night, Kondo, only did so because he happened to be out of town at the time.  Thus it is that fifteen years later, the Shadow must deal with him as he is becoming too large a threat to ignore.

Aside from Ennis, the series featured fantastic artwork from Aaron Campbell and a slew of alternate covers for every issue from artists such as Alex Ross, Francesco Francavilla, Howard Chaykin and John Cassaday.  At times, many of Dynamite’s books feature art that can sometimes be called lacklustre, but such is not the case here as Campbell gives us a compelling tale under his expert pencils.  Even though Ennis may only be onboard for a single arc, he has started the series off in grand fashion and has left big shoes for the next writer to fill.  If things permit, it would be nice if he could come back for another run at some future point.