Don Gallico, an up-and-coming magician, in his own mind at least, never had a show of his own but worked for many other magicians creating their tricks and illusions.  Halfway through his first performance, he gets shut down with an injunction as the company he worked for owns all the patents to 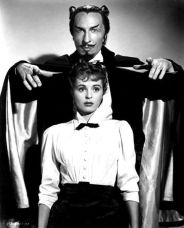 produce said tricks.  With really no option, Gallico goes back to work for the company that stopped him, and in a moment of anger, he kills his boss, the man who took everything away from him, including his ex-wife whom he later married.  Things go from bad to worse as he tries to cover up the murder, and commits a couple more along the way, all the while trying to get his career back on the rails.  Not a good way to start.

Vincent Price, as always, is excellent as Gallico the Great, the wannabe magician who just cannot seem to make it, no matter what he does.  Whether he plays a killer or a gentleman, Price always seems to tower above anyone else in the cast.  Perhaps it is the intonation of his voice or the class that he brings to the set but Price can really seem to do no wrong no matter the role.  Eva Gabor is ravishing in a minor role as the ex-wife who is a gold-digger through and through.  When she finds out

her husband has been murdered she shows no empathy whatsoever and agrees to go back to Price, with fatal results.  Mary Murphy is gorgeous as well, playing the possible new love interest, but when she starts to find out what really happened she has no qualms about trying to take Gallico down.  Additionally starring Donald Randolph, Lenita Lane and Patrick O’Neal, they would do a fine job in supporting roles and make those they follow shine all the more.

If there was one thing that really made this picture as good as it was though, it was Price who hammed it up extremely well as the madman within.  It would not be as strong as other Price offerings before or after this film’s release as the scares were not quite as good or as effective but it is definitely worth the price of admission for those who want to be entertained through and through.

This was when all said and done, a great little horror film from Columbia Pictures with nary a monster in sight except for the master of the macabre himself, Vincent Price.  He usually makes any film he is in and The Mad Magician is no exception.  Fun, entertaining and a nice little movie for a Sunday morning – or really, anytime you need a good film to watch. 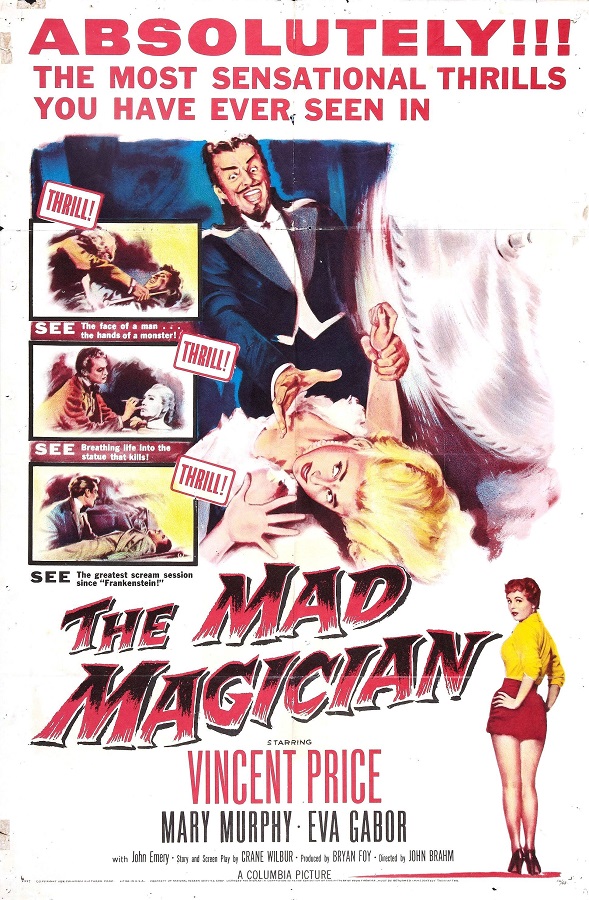