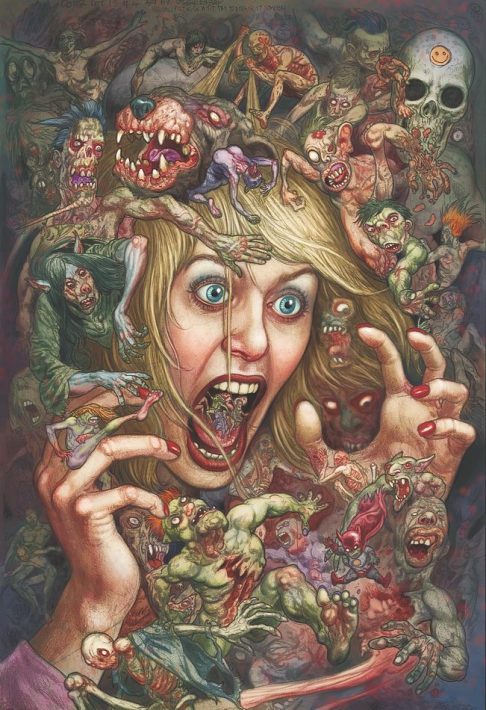 There have been a lot of movies in the past number of years about ghosts and the paranormal such as Insidious, Silent Hill, 13 Ghosts, the Others and too many more to list. Lot 13 is like a combination of all of those movies except for the fact that it is a comic book.  That is most likely what makes this comic different than most on the stands lately is that it reads like a film.  There are a lot of subjects and themes in the horror genre that Steve Niles could have drawn from – and who would know better! – so it was nice to see him choose something other than the norm which these days seems to be zombies and vampires.

It is also a spooky comic, drawn by Glenn Fabry.  He channels his inner Wrightson to bring us some of the best art of his career.  Everything seems vibrant and detailed under his pen and his monstrous looking ghosts seem very Corbon-esque.  Fabry has been hit or miss over the years, but on Lot 13 he just hits it out of the park.  They also do a great job defining the characters and situations.  You quickly come to care about the family and are cheering them on to succeed.  As the story progresses you can not help but anticipate what is coming next and you pray, even though you know, that things will work out.  Even when it comes to some of the resident spirits and you see their back-story, you hope for some kind of resolution to their plight as well.  But like all good horrors and thrillers, the realization is that it will never be that easy.  Nothing is ever black and white and Niles is a master of the genre thus making this book twist and turn under his pen.  And again, it reads just like a movie.  Once the happenings start happening you can’t put the book down and the pace never let’s up until the climax of the book.  Lot 13 turns out to be a very well crafted comic in every aspect and every possible way. 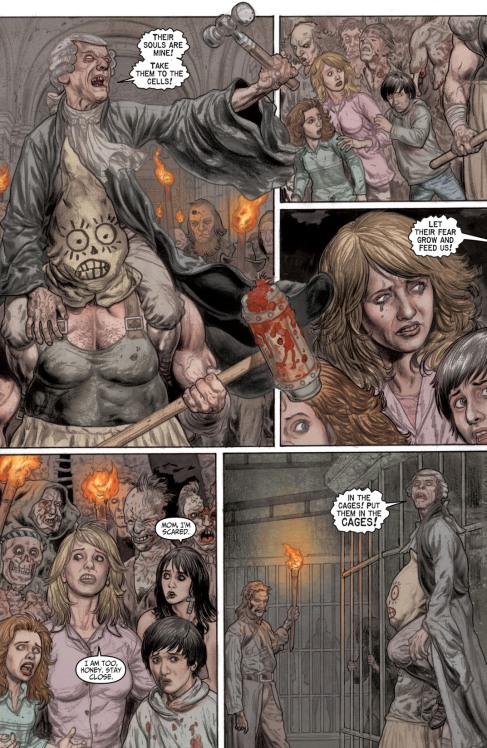 At one point this was to be released from Wildstorm, but due to the new 52 and the folding in of its various properties and/or outright cancellation – the fact that this book saw the light of day is a small miracle in itself.  It could be due to its creators, Steve Niles and Glenn Fabry’s reputations or it could have been something totally random.  Whatever the case the book got published and the comic world is five issues better for it.