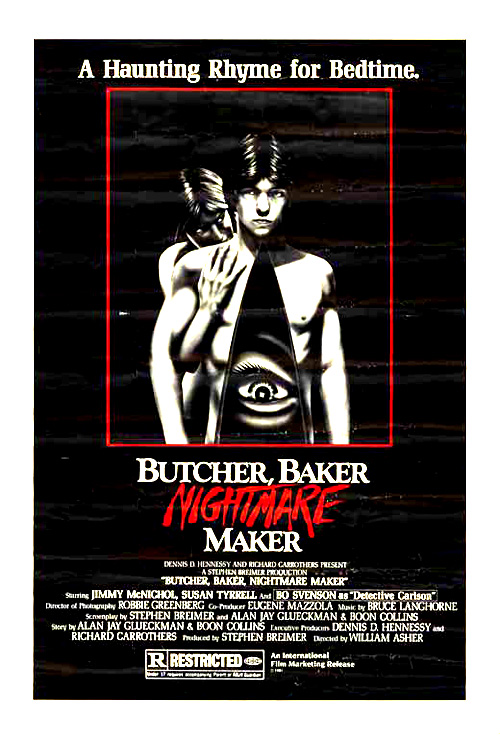 Though it would eventually be renamed to the non-descript Night Warning or the slightly better and shortened Nightmare Maker – Butcher, Baker, Nightmare Maker would end up being a fare more apt title for the movie. Here, director William Asher paints a terrifying picture of a mother who gives new meaning to the word obsession. While the film begins benignly enough,

that peaceful family portrait which the audience is introduced to is soon torn apart and it only gets crazier from there.

Starring Susan Tyrell as the mother in question, she should have gotten an Academy Award for her portrayal of Cheryl Roberts. She is an extremely complicated woman as most women are, and Cheryl’s mental state as the movie progresses is dictated by her adopted son/nephew’s life decisions. Cheryl does love Billy as if he were her own, but it is very easy to see that she is just a little bit more than over-protective. One can easily deduce she is slightly on edge most of the time and her mood swings are subtle at first, but they soon grow out of control as talk of Billy’s girlfriend comes up and the possibility of going away to school. It is hard for Cheryl to realize that her little boy is not so little anymore and it essentially causes her to break. The real turning point comes during an incredible act of violence that sees Cheryl snap after her advances are rejected by a man who eventually is revealed to be gay. She of course does not know that, but

being as sexually frustrated and insecure as she is, she lashes out and when that body hits the floor, it is then that the tone of the movie completely changes.

As good as Tyrell is and she is utterly fantastic, the supporting cast around her manages to hold their own including Jimmy McNichol as Billy – the object of Cheryl’s darkest designs, Julia Duffy who portrays Julia – the erstwhile girlfriend and Bo Svenson as the homophobic, blistering and trigger-

happy cop whom no one seems to like. Most of those around Cheryl might be friend or family, but in the end they become those who are not to be trusted and eventually, victims.

What is slightly frustrating is the fact that as Cheryl goes through this change from loving mother to monster, those who know her best should have been able to see something was wrong and either should have gotten her help or simply gotten away from her. Every horror movie has their little breaks in logic and while it eventually makes for a better film, it would be interesting to see what happens if the protagonist did not go in the basement or taken the shortcut off the highway or even escaped while the getting was good. Sure, the movie might end abruptly and be disappointing as a result, but is would be interesting.

Despite all of that, it is hard to find any fault with Butcher, Baker, Nightmare Maker. It checks off all the boxes needed to make a good horror or exploitation film and features a very compelling villain in Tyrell’s Cheryl. It was scary, suspenseful, and bloody and is the perfect movie for those looking for a different type of horror – one that could serve as a warning should it hit close to home. 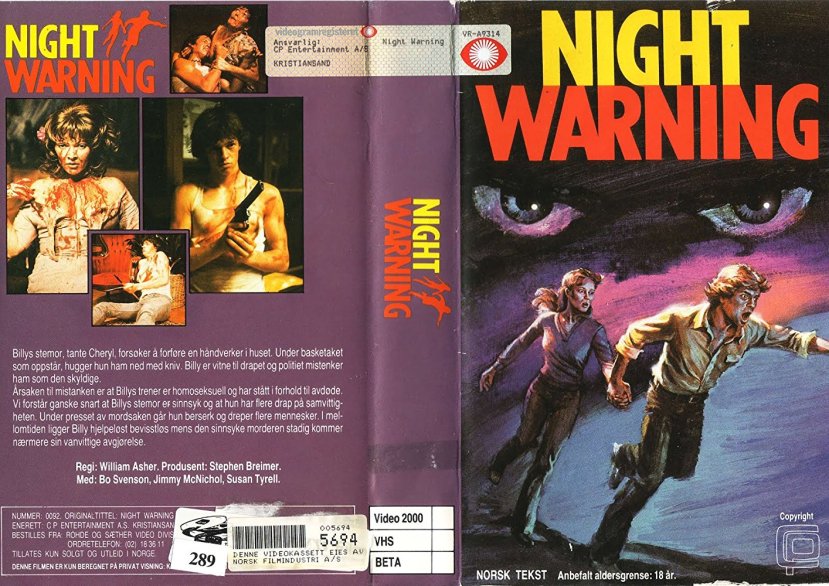