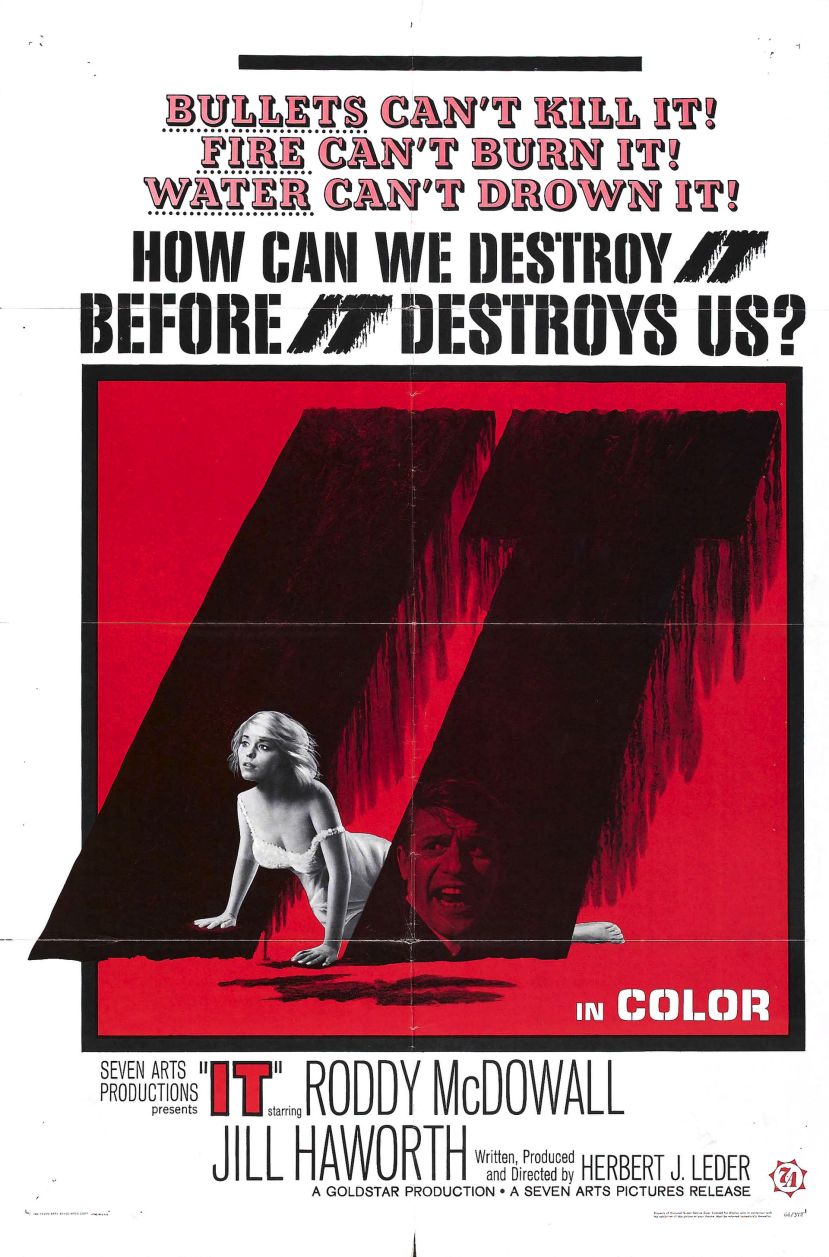 Roddy McDowall, beloved as a child star and as one of the world’s greatest onscreen primates, while great as a hero, was perhaps just a little bit better as a villain in those rare instances he deigned to be one. It! is one such movie where he is indeed a man who is not altogether there as some would say, but as far as anyone knows, he is just the young assistant curator at the museum, posh and proper and always saying the right things. It is not too long before his strange personal life is revealed and his jealousies made known and that is when he decides to take action against those who he feels have wronged him by using the newly arrived statue at the museum which in fact is not just any old statue, but a centuries-old golem. 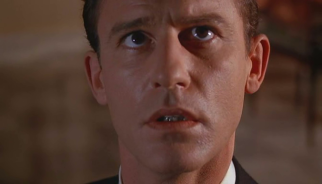 Writer and director Herbert J. Leder creates a very entertaining picture and brings it to vivid life through McDowall’s performance. There is an obvious nod towards Alfred Hitchcock in the film with McDowall’s character Arthur Pimm being more than just a little like Norman Bates, not to mention just what, or more specifically who, he keeps at home and it works perfectly to paint a portrait of a man who is deeply disturbed on many levels. Primm is unassuming with nobody the wiser including the woman he loves played by Jill Haworth. It is only when Primm’s boss dies unexpectedly and he is passed over for a promotion that Primm’s descent into madness really begins in earnest and he discovers that he might make use of the newly-discovered golem in his possession. What is most interesting is that despite his obvious insanity, Primm realizes that what he might be doing is wrong and he tries to get rid of the golem, quite unsuccessfully that is. 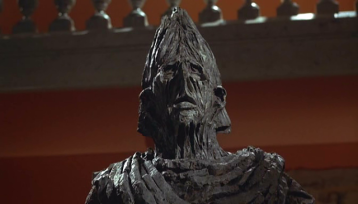 Visually, the film is beautiful and that lends itself to Seven-Arts, the studio that also worked with Hammer Films which was in part a reason why their movies looked as lustrous as they did. It! is a bright and bold picture, one filled with colour and striking sets. The golem itself looks quite good, the studio seeming to have spent a few dollars on the special effects so that it might be more convincing than not. The golem is impressive and as it goes through the movie killing and surviving certain doom, it is also quite frightening, for if it can live through what was done to it, you start wondering if there is any way to bring it down and what that will mean for humanity.

As imposing as the golem might be, the real horror of the picture comes from McDowall and he is perfectly creepy and scary as the very modest and self-effacing Primm. Perhaps he was not always such a villain, only made so due to the sickness in his head and there is a small part of you that lends him sympathy, but for the most part, you have to believe he knew right from wrong because he seemed to at one point as well. It!, sometimes called the Curse of the Golem or Anger of the Golem, was a very effective and entertaining monster movie with the real monster turning out to be someone other than the creature. 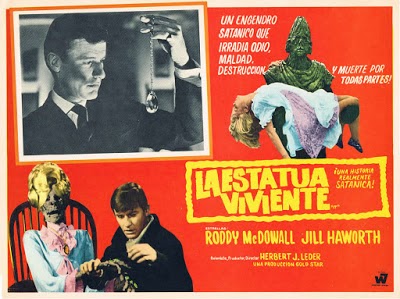