Not Your Standard Revenge Film – The Shadow of the Cat (1961) 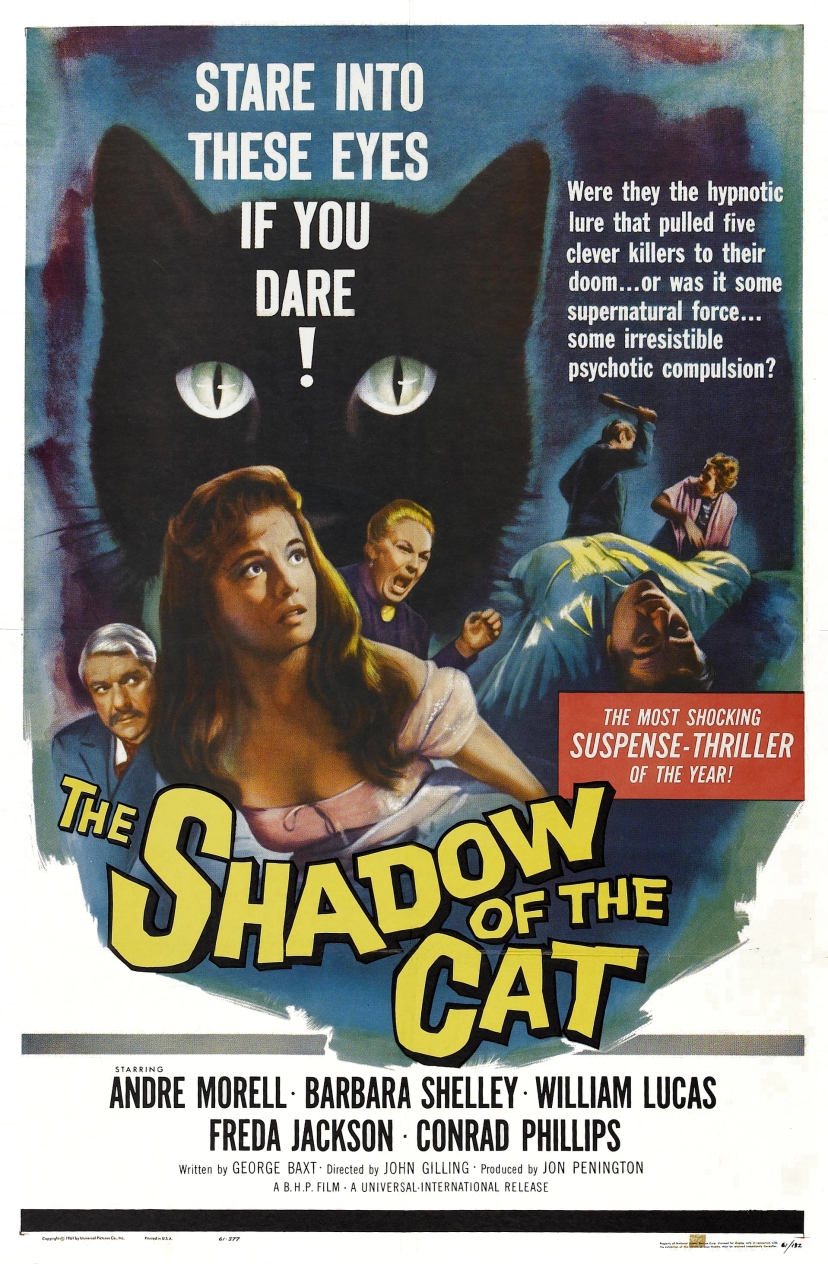 Out of Hammer’s entire horror library, there is no film that is as much fun as this one, though it was probably not meant to be so. The reason is a simple one as the film’s lead protagonist is a cat named Tabitha who witnesses the death of her owner and aims to seek revenge upon the people responsible. What makes this picture so enjoyable is seeing this little house cat cause no end of mischief for old man Venable and his accomplices and you cannot help but root for the cat as she takes her revenge upon these people as one by one, they all meet their end at her paws, so to speak as it were. 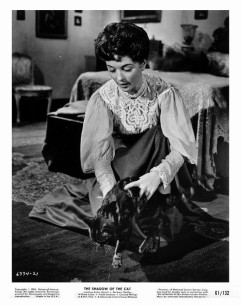 Directed by John Gilling with some great photography from Arthur Grant, the film is shown in two perspectives as we sometimes see it from the cat’s eyes. When the movie switches over it is almost like looking in a circus mirror where everything is just slightly warped and from a much lower angle. It is a basic effect that is used, but it works to let us know just what it is that the cat is seeing from its point of view. At first you might think there is something wrong with the film, but you soon realize just what it is that the filmmakers are doing and you soon get used to it as the picture moves along. Grant makes the old house that the cat lives in become a little claustrophobic over time as well, as Tabitha the cat terrorizes the people who live within. It does not seem that way at first, but the walls start to close in on the villains who do their best to catch Tabitha, all to no avail. While this film is a bit of a different kind of horror, all of this only adds to it and does so quite well.

Aside from Tabitha, there is a decent cast assembled to tell this tale with André Morell heading it up as the murderer and husband of the deceased and Barbara Shelley as the daughter, come home to find that something strange is going on. There is no blood though there is death, no buxom lasses though Shelley is a beautiful and talented woman, and no strange creatures aside from this very smart cat to be found in this film, simply a classically styled chiller created with good storytelling which you do not see too often these days, much less with said cat in the lead role. When you boil it down, The Shadow of the Cat may not be a must-see type of film and it is not one that will have you thinking about it for days over the intricacies of its multilayered plot, it is simply a well-crafted movie with a simple premise and it is well worth your time should you come across it. 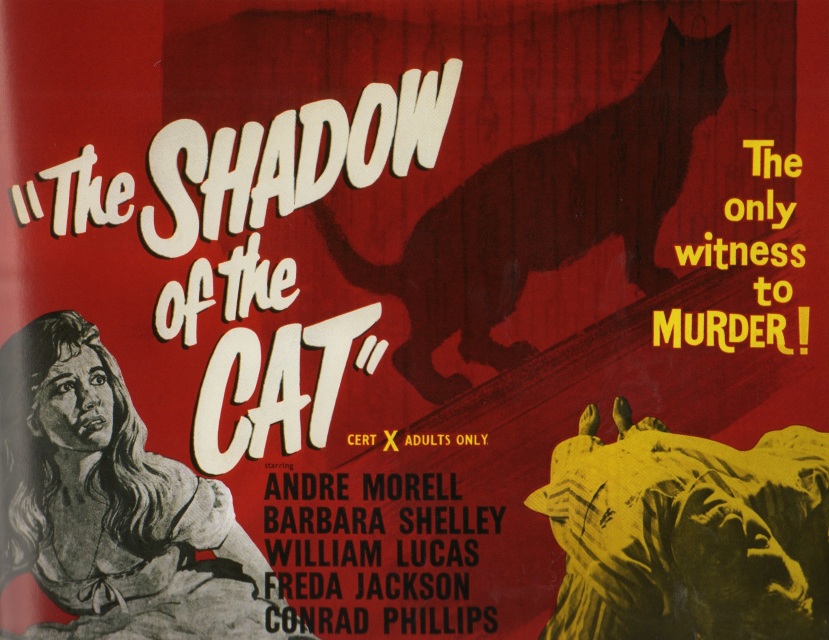